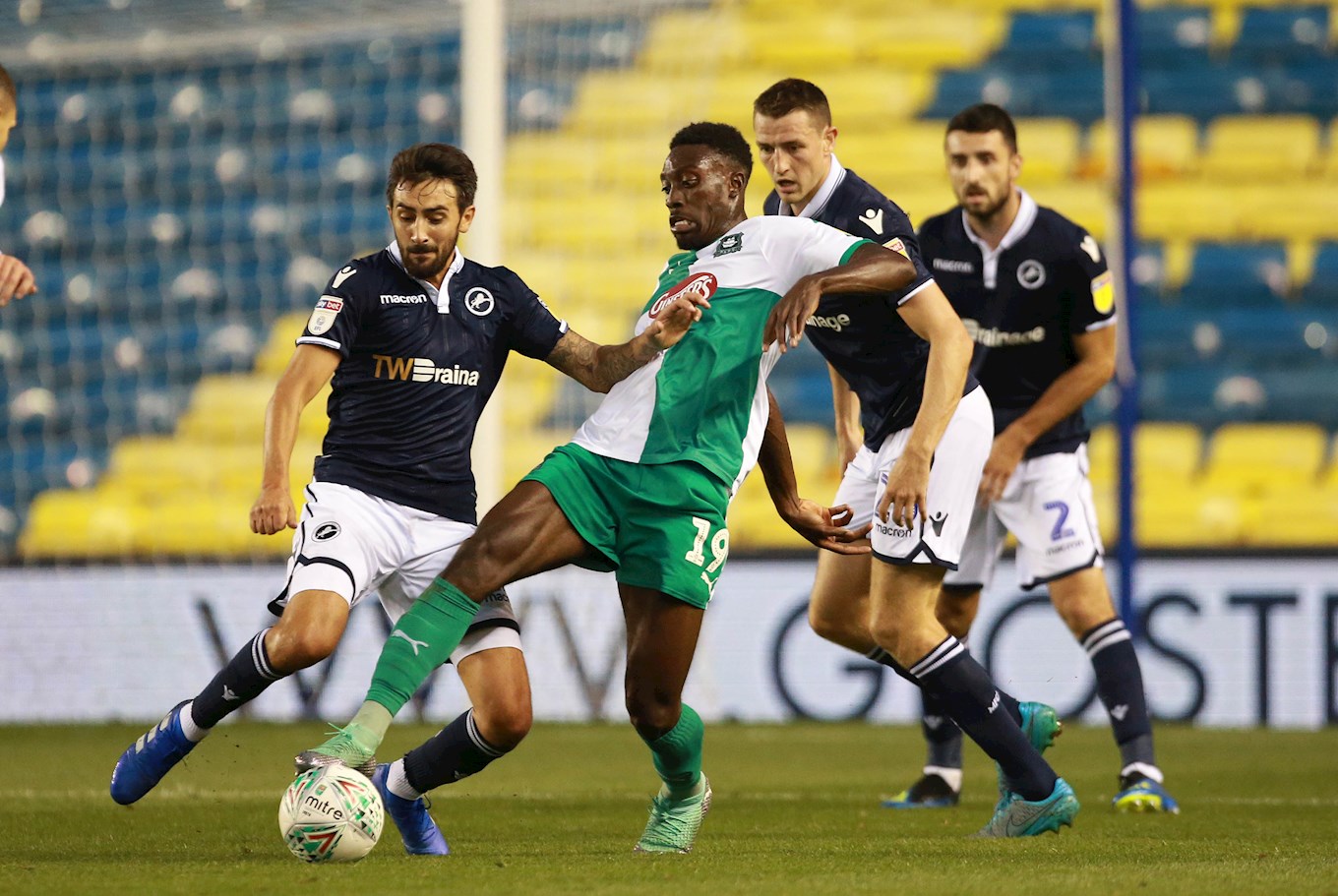 ARGYLE manager Derek Adams thinks that the Pilgrims will struggle to hold on to hot-shot striker Freddie Ladapo if he continues to shine and continues to score.

The Londoner’s form since arriving at Home Park in the summer has been electric, with Wednesday’s Carabao Cup goal at Millwall being the high point of some highly impressive performances.

It was a second goal in successive outings for the former Southend United man and Derek and the Green Army will be hoping that Freddie can take his hot streak into Saturday’s Sky Bet League One game at Portsmouth.

“Freddie’s done really well for us and we will probably find it difficult to hold on to him in the future,” said Derek.

“I think there will be a number of clubs that will probably chase his signature because of the manner and the way he plays – he gets himself into goalscoring situations.

“He’s looking good. He’s strong; he’s powerful; he can score goals. He has to score more goals, but he gives us that threat in behind; he also takes the ball in well and is a good presence for us.

“He’s in his middle 20s; he’s been at Crystal Palace – they reluctantly let him go in the last transfer window. I think they always had slight reservations about letting him go.

“It will definitely happen if he continues to progress the way that he is progressing, if he can just keep on scoring goal.

“I’ve seen a lot of players move that are not as good as Freddie, but he has to score goals.”