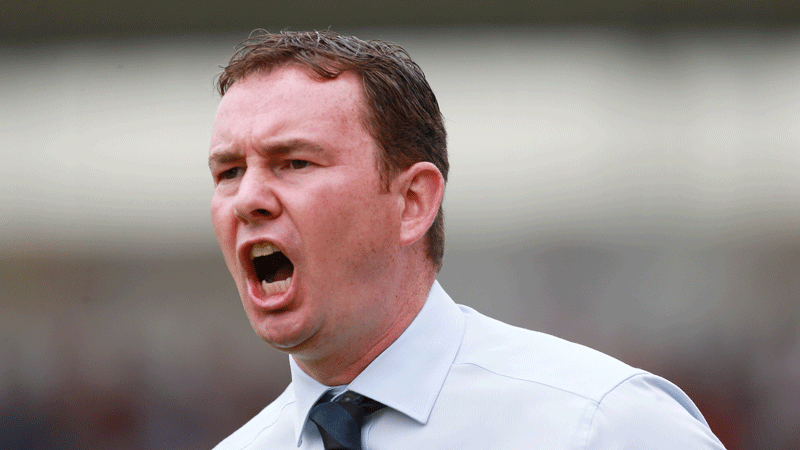 SIXTY seconds of time was all it took for Argyle to go from looking like they were about to take the lead at Portsmouth, to falling behind to a deficit from which they never recovered.

Freddie Ladapo was released by a Yann Songo’o throughball, and reached the ball before the Pompey goalkeeper. His toe-ender knocked the ball wide, but he was thoroughly cleaned out by Craig MacGillivray, who got all of the man and none of the ball.

Not only did referee Tom Nield inexplicably wave away any penalty claims, Portsmouth marched straight up the other end and scored the game’s opening goal through Ronan Curtis.

Argyle never truly recovered, and would go on to lose 3-0, with Curtis adding his second after Jamal Lowe had doubled the home side’s advantage.

Argyle boss Derek Adams could help but wonder what might have been had the referee not turned down that, and a couple of other, penalty appeals.

“The game changed in the first half with a refereeing decision,” said Derek. “It was a stonewall penalty on Freddie Ladapo, and there were two other claims in the first half. If they are given then it is a different ball game away from home. The advantage then went to Portsmouth and they got the goals after that.

“The decision in the first half was a clear penalty kick. From the great view I had, I saw Freddie put the ball over the goalkeeper, and the goalkeeper went right into him.