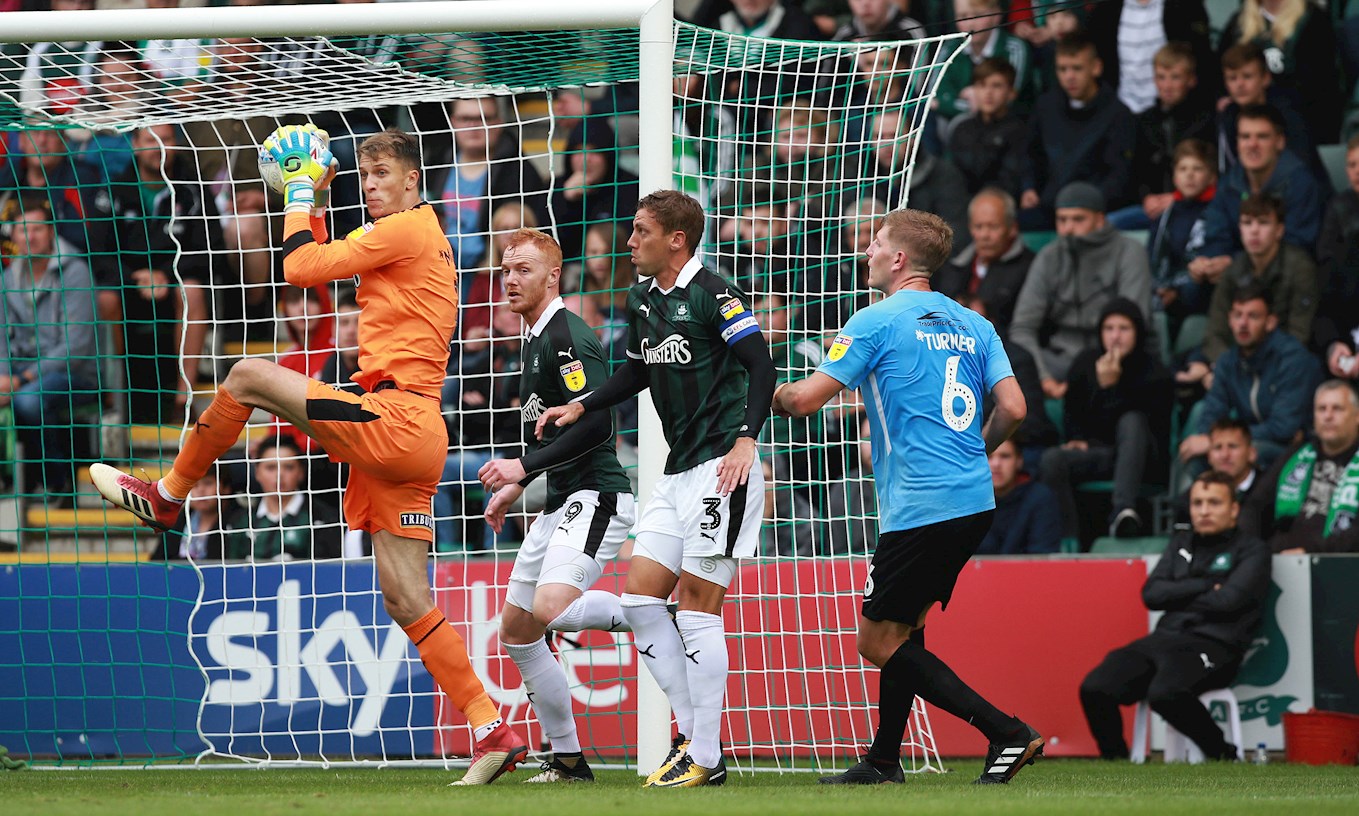 ON-LOAN goalkeeper Matt Macey has found a happy home at the Theatre of Greens after three years of searching.

The 24-year-old Arsenal man was brought in by Argyle manager Derek Adams following an ankle injury late in pre-season to fellow loan ’keeper Harry Burgoyne, who is currently being treated at parent club Wolves.

Matt jumped at the chance of coming to Home Park as he believes first-team football in Sky Bet League One will assist his footballing education. Within days of arriving, he made his Argyle bow away to Walsall.

The Bath-born ’keeper said: “[The move] all came about because of Harry’s injury; it was about a week before the start of the season, so things needed to be done quickly.

“I was waiting all pre-season; I was ready to go, when that opportunity came up and, within a few days, I was down here and prepping for the Walsall game.

“Since I turned 21, I’ve been looking at getting out on loan and playing, and be the one that’s on the pitch, not in the stand or on the bench and waiting my turn.

“I’m just really happy that I’m playing once a week, or twice a week, because that gets me going in the morning. In terms of where I was at this stage last year, I just love being involved in the environment and playing every week.”

Now he has managed to get the nod, and is set to be between the posts for this Saturday’s home league game against Blackpool, the ’keeper is determined to justify Derek Adams’ decision to make him his first-choice No.1.

He said: “I didn’t go through the Academy environment until I was a bit older, so it took a bit longer for me to get games under my belt compared to other goalkeepers my age. I feel this loan is about proving myself, rather than learning.”

Matt kept a first league clean sheet of the season at Bristol Rovers last time out and Argyle will be hoping to build on that against the Seasiders as they seek their opening victory of the 2018-19 campaign.

Success for Argyle this season will only enhance Matt’s growing reputation and maybe provide a platform for greater things in the future, although he is not looking that far ahead just yet.

He said: “I’ve really enjoyed it so far, playing every week, twice a week sometimes; I enjoy the challenge of it.  Results obviously haven’t been ideal but there is a positivity around the place; there’s a confidence within ourselves to change it.

“Everyone wants to move to a higher level but I have to understand that I’ve only played League Two before here; I’ve not played League One yet, so, before I move on to the next level, I’ve got to prove I’m good enough for this level."