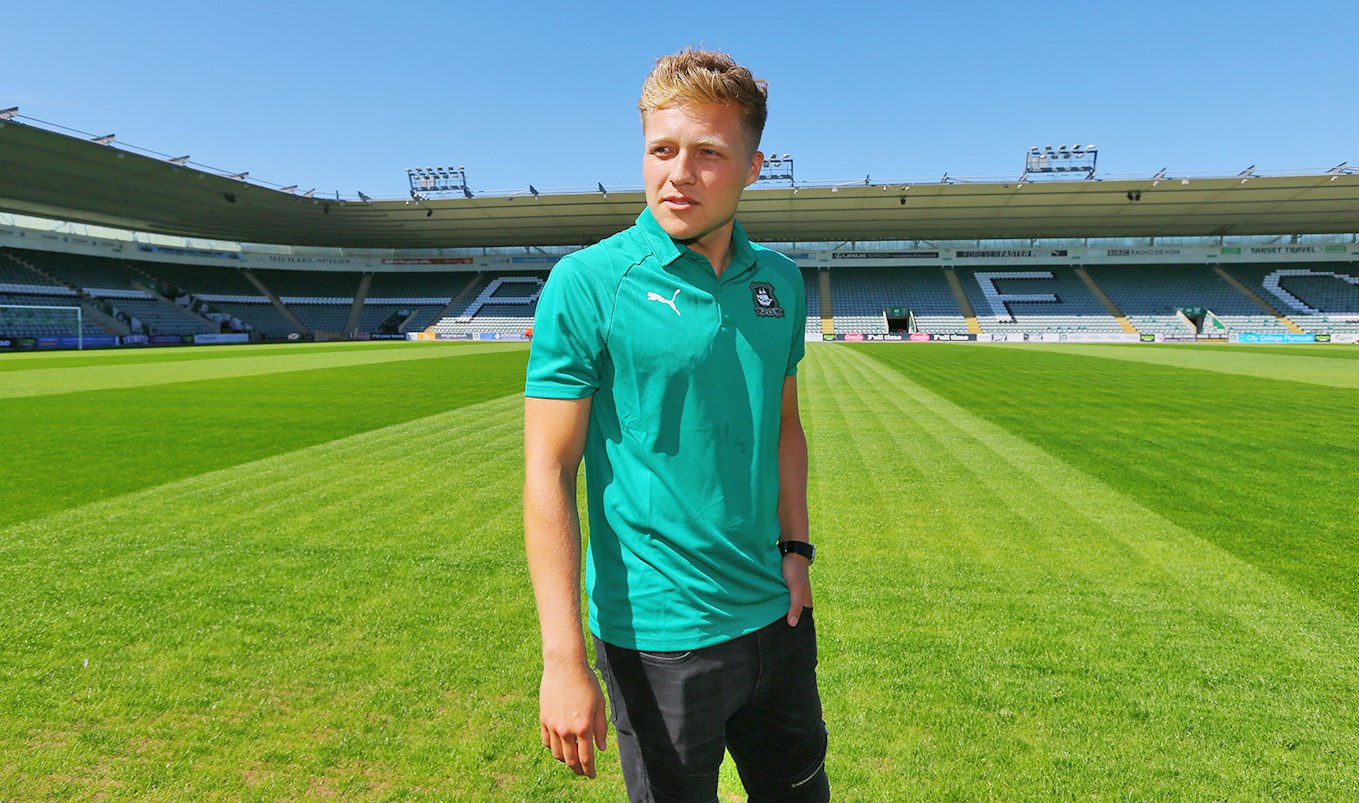 PETER GRANT thinks his career has progressed as a result of his summer move to Home Park.

“Every day is a learning day for me,” said the 24-year-old central defender.

“You look, especially in this league, there are very little so-called young centre-halfs in the league, it’s all very experienced

“We’ve got a mixture of youth and experience here, which is great. In training every day, I’m playing alongside good guys who are very experienced, that you can learn from.

“I feel that has been a massive benefit since I’ve come down here. I’m learning from a good coaching staff and good quality players down here.”

Peter made his debut as a first-half substitute for Scott Wootton in the 2-1 Sky Bet League One defeat by Charlton Athletic and, after Argyle manager Derek Adams announced that he will keep his place in the team for Saturday’s fixture against Doncaster Rovers, he wants to mark his home debut in better style.

He said: “It was tough to concede so late, from a group and club point of view, but we can take positives from the game. We have looked at the things we can improve on and hopefully we can take that into another tough game.”

Peter’s previous club in his country of birth was Scottish Championship Falkirk and the Scot thinks League One is a better standard to what he experienced north of the border.

“I remember my first two years in the league up the road. You had Hearts, Hibs and Rangers in the league at the same time. We were fortunate that we did ever so well to split the “Big Two” in the second year; in the first year, Hearts comfortably ran away with it.

“In the second year, we gave Hibs and Rangers a good run. [Rangers] had the more experience and I think their fan-base helped them as well. I feel that extra bit got them over the line, home and away.

“The experience that I had up there, playing in cup finals, play-offs and big arenas, set me in good stead to come down here into a physical and demanding league where every week is a tough game, and, every week, you’re playing against a big club

“I’ve really enjoyed it so far, I just want to keep working away and my main aim is to try and stay in the team.”

Peter has briefly experienced English football before, with Peterborough United as a teenager - a team that Doncaster’ manager Grant McCann played for and managed.

In fact, McCann was a help to him when he was just starting out at Posh and is not surprised that the Northern Irishman has impressed in management.

He said: “Grant McCann was my teammate at Peterborough. He has done ever so well since he went to Doncaster and he had a period at Peterborough when he was the manager as well.

“I know Grant, and I know they like to try and play good football. It will be tough, they have got some good players, but so have we

“We know that, on our day, we can match anyone in this league.”