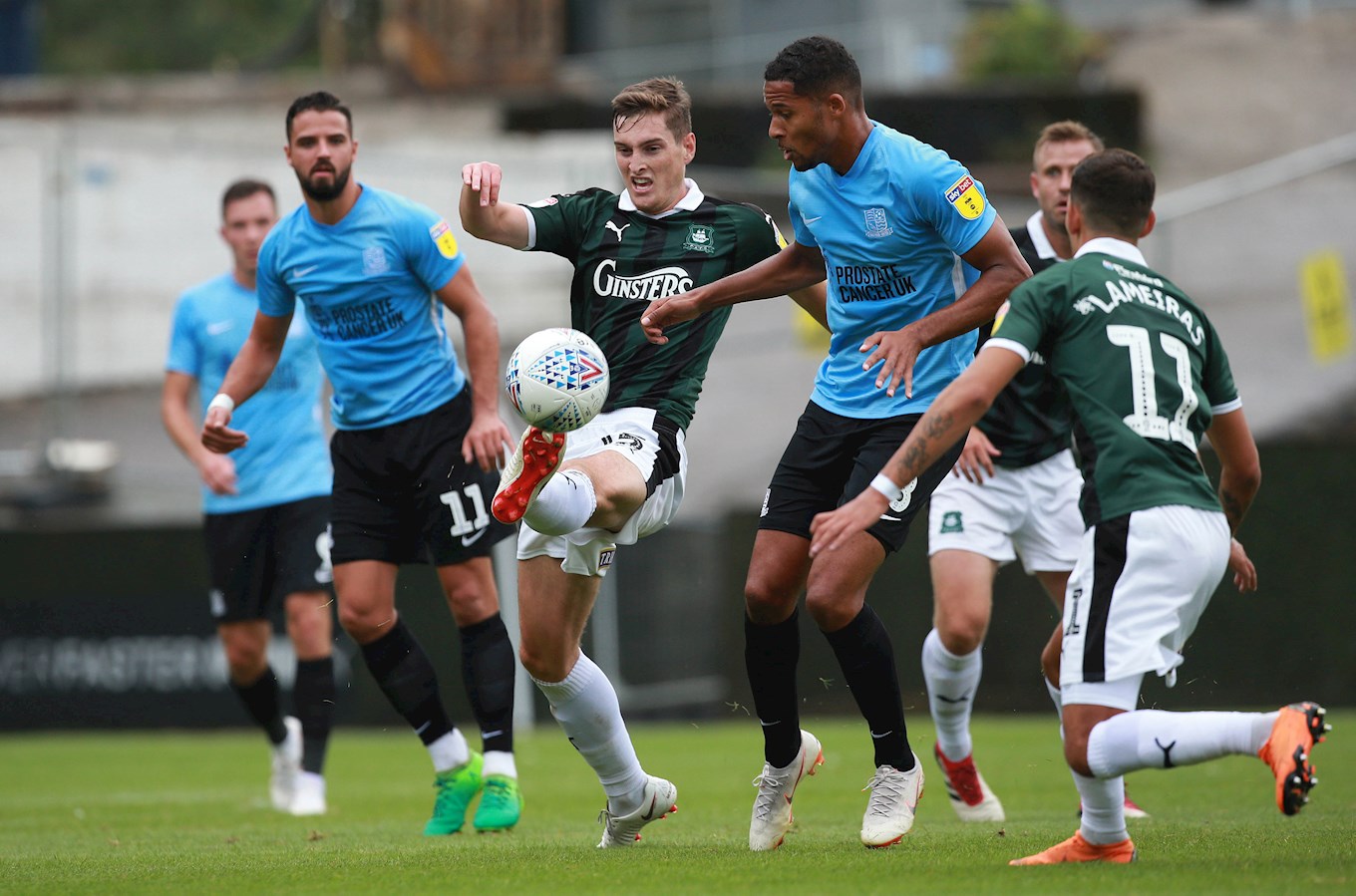 CONOR Grant is hoping that Saturday’s visit to the Memorial Stadium, home of Bristol Rovers, can break a couple of ducks.

Firstly, he would like to be selected for his first encounter with the Pirates; secondly, he wants to rack up his first league win as an Argyle player. Having started all eight of the Pilgrims’ fixtures this season, Conor and the team’s only victory came at Bristol City in the Carabao Cup first round.

Argyle have just two points from six league games, two points behind hosts Rovers, who have four points, including an opening day victory against Burton Albion.

After last Saturday’s 3-0 defeat at Portsmouth, Argyle’s players have faced a midweek with no fixture, but plenty of hard work in training in preparation for their short trip on Saturday.

It has been a nice build up to the game on Saturday,” said Conor. “We’ve been working hard. It’s been a tough week. We wanted to get the Portsmouth defeat out of our system as soon as possible.

“I don’t think I’ve played Bristol Rovers before. We need to go there and believe in ourselves. They’re in a similar situation, but I don’t look at the table, it’s not something that interests me. We need to focus on ourselves and getting better as a team.

“We want to silence the crowd early and make sure it’s not the best atmosphere for them.

“There’s a lot of quality in the squad, but we can’t keep saying that. We need to get the win, whatever we do to get it. We just need to get that first win, then build.

“I’d say that against Peterborough and last week (Portsmouth) we were out of the game, but the rest of them were we in it and gave silly pens away, or decisions haven’t gone our way which we can’t complain about, we just have to get on with it. I feel like on some days we would have picked up points in some of those games.”