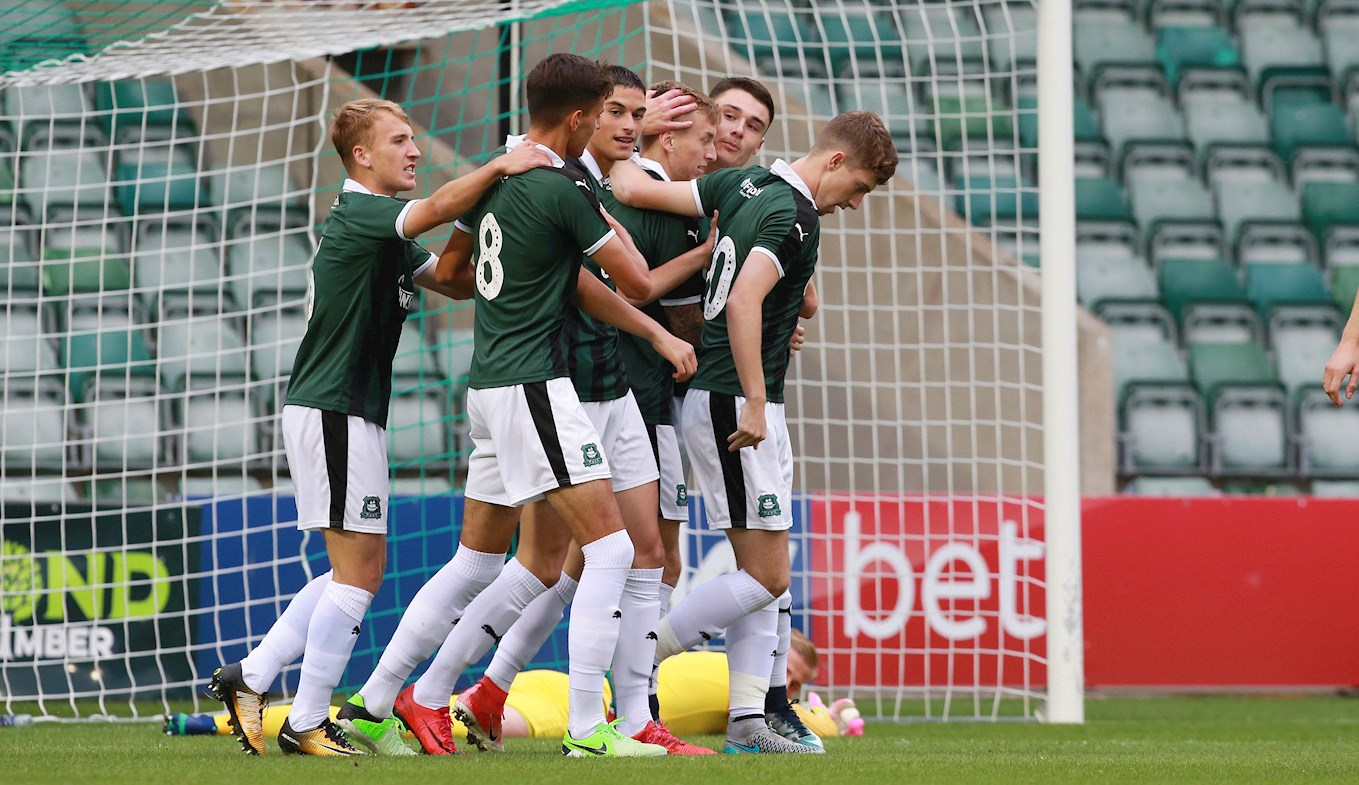 THE Pilgrims’ progress to the group stage of the Premier League Cup this season will help the development of the club’s younger players for years to come.

Goals by young professionals Alex Battle and Cameron Sangster gave Argyle a 2-1 victory over Portsmouth and set up home and away games against Aston Villa, Bristol City and Derby County.

Argyle manager Derek Adams said: “It was great to get through the preliminary round and get into the group section. We obviously had a more experienced side than Portsmouth on the night – we had five players that have already played in our first team, which was good – and they deserved to go through.

“That’s why we introduced a reserve team this year – to give them the benefit; why we entered the competition, to have the Central League and the Premier League Cup to enable us to get experience for these younger players, to benefit them for the seasons ahead.

“We know that they will play at Villa Park. We are unsure, yet, where Bristol City and Derby are going to play. Playing at Home Park has been beneficial for them but going to these venues can only help their development.”

Midfielder Cameron, who made his first-team debut while still an apprentice last season, scored the match’s winning goal to cap a fine performance that promises much for the future.

Derek said: “I’ve taken him to Holland with us – I took Michael Cooper to Holland with us, as well. Cameron is very good on the ball. He played in Maastricht; he played against Feyenoord; so he has got that experience, which is really good for him.

“The experience of training with the first team, being in and around the first team, helps him, and the five players that I spoke about – Cooper, [Jordan] Bentley, Battle, [Alex] Fletcher, and Sangster – have all played in the first team, and that’s benefited them.”