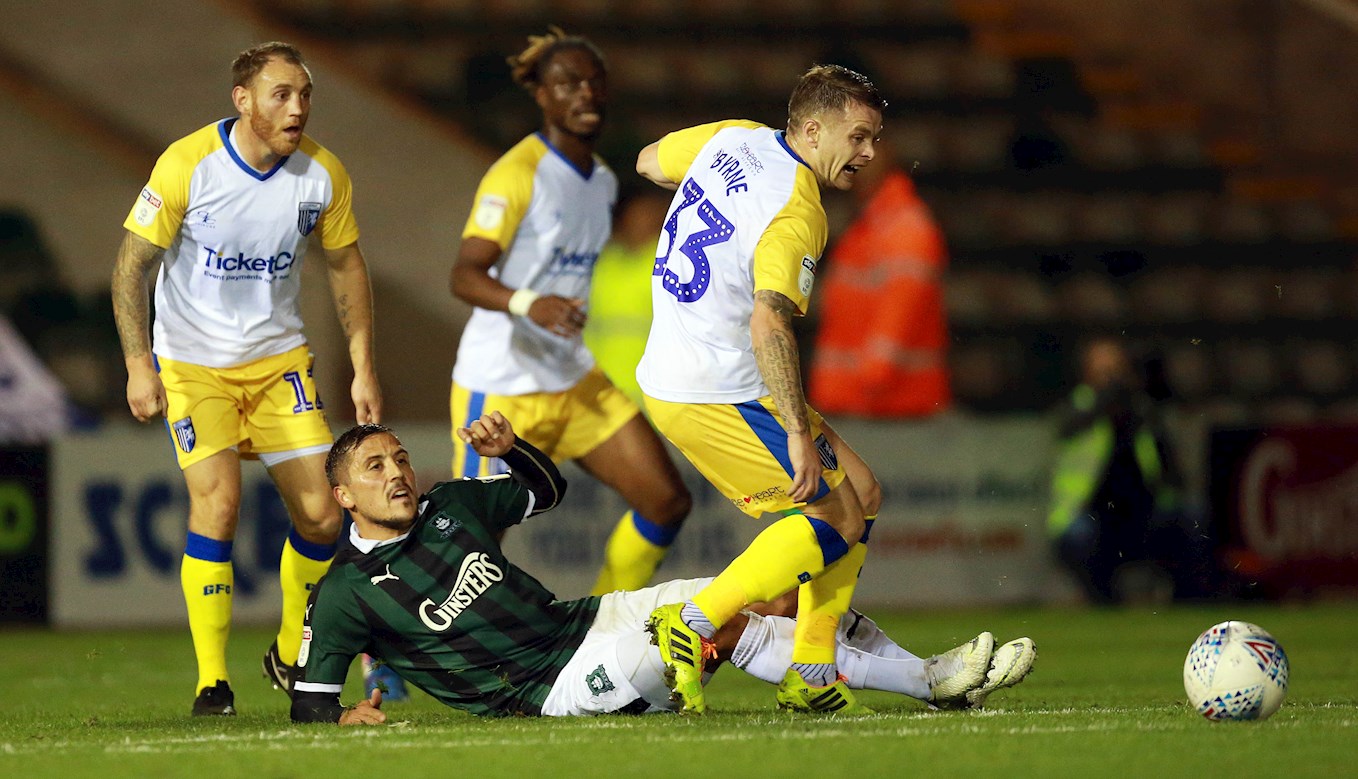 DESPITE recording a comfortable home win over the Gills in their Sky Bet League One fixture in October, Argyle centre-back Niall Canavan believes GIllingham are likely to be a totally different animal on Good Friday.

“I don’t think we can read too much into the game here,” said Canavan, enjoying his first season with the Pilgrims. “Their manager made a few comments about his team after that match, and I’m sure they’ll be wanting to put that right. We’re expecting a tough game, they’re possibly not quite out of it just yet, and if we can go there and get a result then that’s great.”

“It will be a keenly contested game, I’m sure. Two teams going out to make sure they don’t get beat, but also looking for the win. It should be a good game, and from all accounts, it should be a nice day as well.”

Argyle head to Kent on Friday just three points clear of the relegation zone, having suffered two consecutive defeats at the hands of play-off chasers Charlton and Doncaster in recent weeks. With the league ever-tightening and games reducing, Canavan believes it could be a nervy game at Priestfield.

“Possibly in the early stages of the match, you never know how these things are going to play out and how people are going to deal with it,” said Niall. “All we can do is go with a plan, and try to put on the right performance, and hopefully that sets us up with the right result.

“If we don’t concede, we don’t lose the games. That’s as simple as football can be laid out. We’re looking to keep a clean sheet, and if we do that job, hopefully the top end will take care of itself.”

The Pilgrims head to GIllingham looking for their first away win over Friday’s opposition in the best part of 40 years. That said, Canavan feels that he and his colleagues have no reason to give credence to statistical anomalies such as this.

“I don’t think that will factor in somehow, to be totally honest,” said Niall. “Players are probably more likely to be aware of grounds where they personally have not had good results.”

“I don’t think I’ve actually played there, maybe once if I have, and I don’t remember too much about it. It will be a bit of a new one for me, so I’m looking forward to it.”