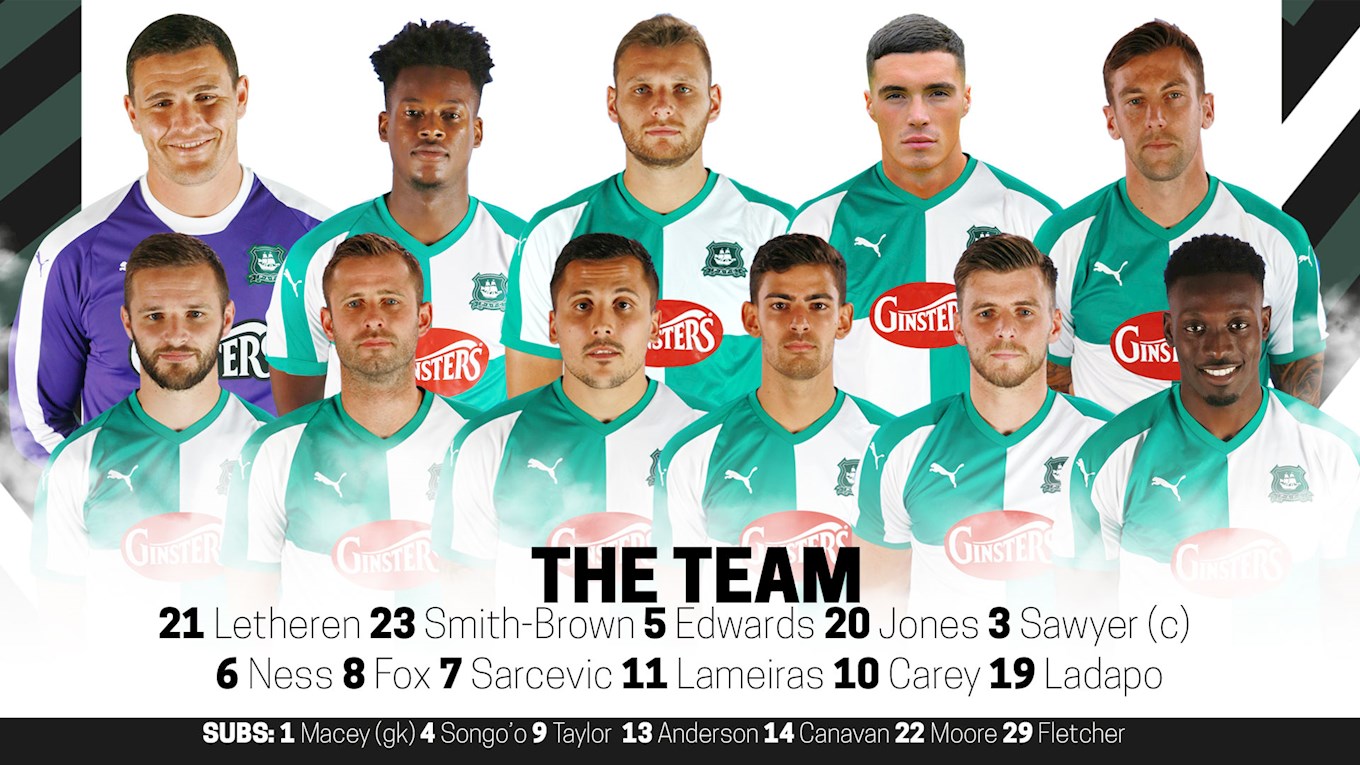 On-loan Luton Town defender Jones came into the back line in place of Niall Canavan, who dropped to the bench, as one of three changes to the Argyle rearguard.

Goalkeeper Kyle Letheren was recalled instead of Matt Macey, while Ash Smith-Brown was also named in the starting line-up, with Oscar Threlkeld absent from the match-day squad.

Midfielder Jamie Ness, who missed the previous Saturday's 2-0 defeat at Doncaster Rovers with injury, came back into the side to replace Yann Songo'o.

Paul Anderson was named among the substitutes, as was young defender Tafari Moore.