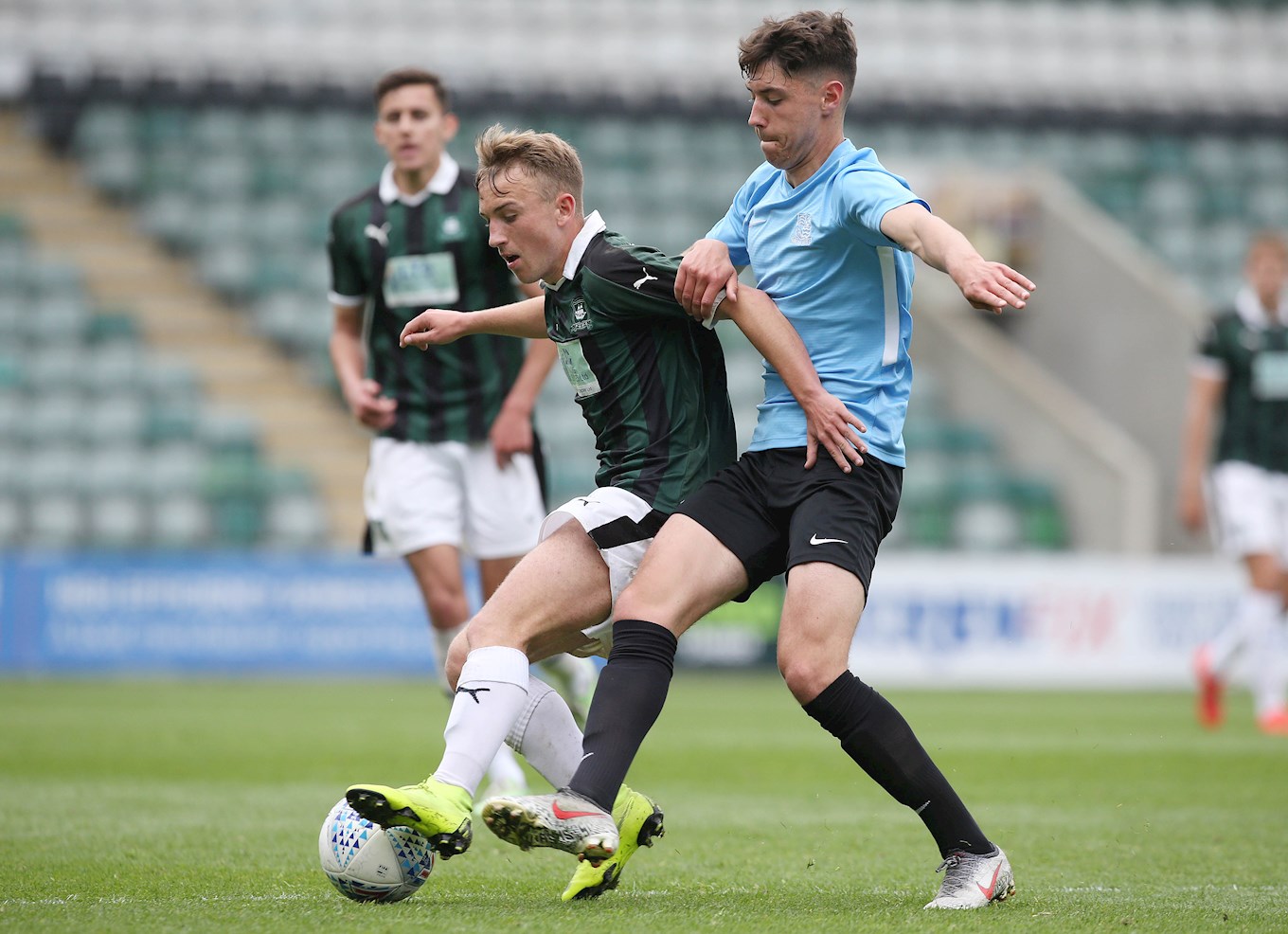 FIRST-TEAM coach Kevin Nancekivell was disappointed to see his young Pilgrims surrender a two-goal lead in the Central League against Southend, having to make do with a point at Home Park on Tuesday.

Argyle took the lead on 18 minutes when Luke Jephcott beat his man on the wing and supplied Klaidi Lolos who slotted us into the lead. Lolos was a handful all afternoon and grabbed his second of the game 10 minutes from the break via the penalty spot, in a move which was all his own making.

Just two minutes later, though, the visitors were right back in it, a superb strike from Isaac Hutchinson from the halfway line beat Mike Cooper, who was a few yards off his line. The Greens, however, did have a lead to hold on to in the second half.

Nance was happy with what he saw in the first period. “I thought we played well, pressed the ball well, and it was good to watch in the first half,” he said.

It was the second half, though, that Nance was not particularly happy with. Two minutes after the restart, Norman Wabo capitalised on some slack defending and levelled up the scores at 2-2.

“We started the second half a little bit sloppy” he said. That resulted in them getting their second goal, and we never really got ourselves through the gears after that.”

A major positive on Tuesday was the return of Cam Sangster, after a long injury lay-off. He started the game, was a stand-out performer in Green and lasted the full course.

“To complete the full 90 minutes was beyond what we probably hoped for him,” Nance said of the young midfielder. “He was good, very strong and you wouldn’t have thought that he had been out for such a long period.”

Lolos and Jephcott both went close in the dying minutes but couldn’t force a winner, which is clearly frustrating, but Nance, overall, will settle for a point. “We finished strongly though and had some chances to win it, but I thought 2-2 was probably a fair result.”