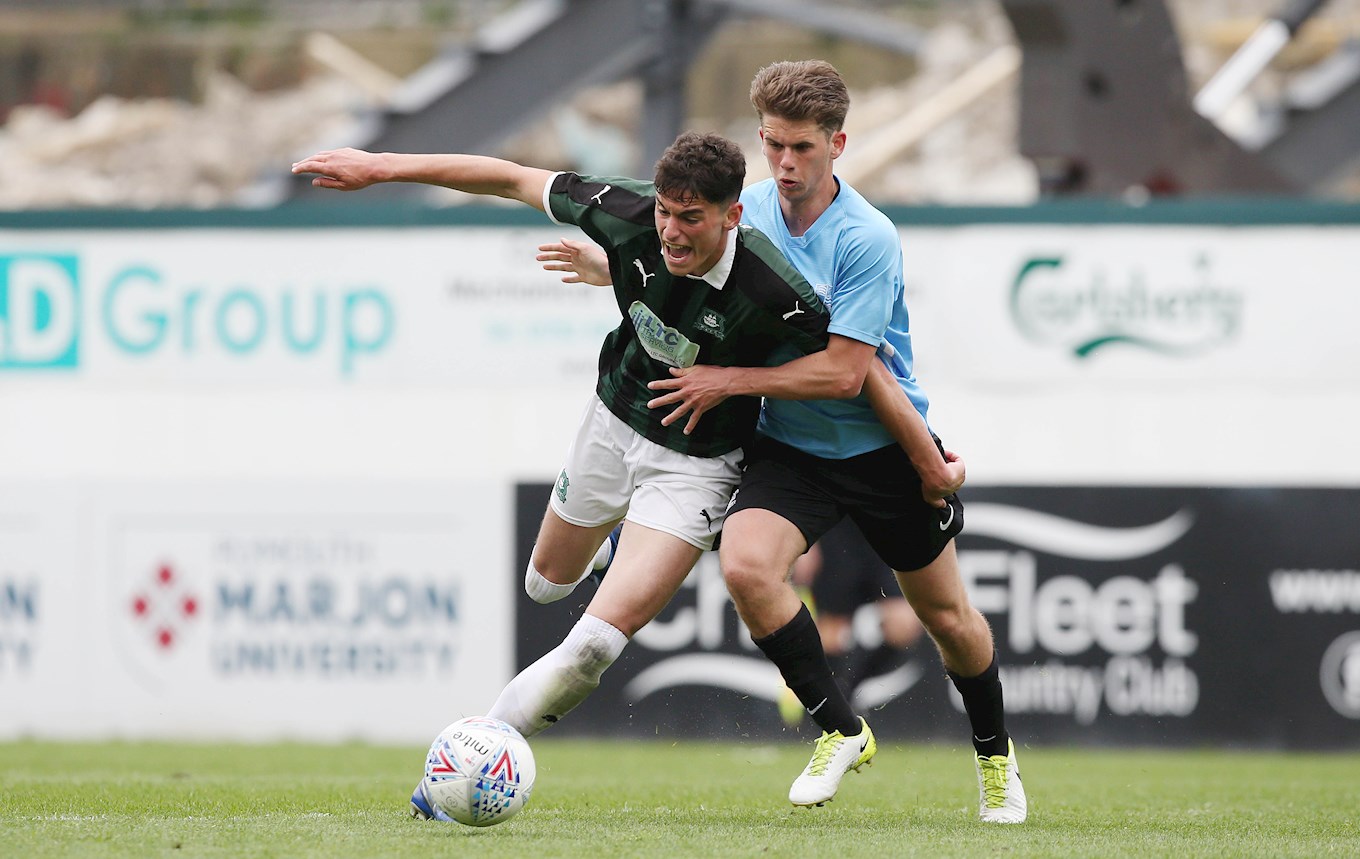 ARGYLE moved to the top of the EFL Merit League two with this comprehensive Friday afternoon victory in their final fixture of the season.

The young Pilgrims will now have to await the result of second-place Forest Green Rovers’ home game against bottom club Leyton Orient to find out if they are the winners of the league.

Rovers are three points behind Argyle but the important issue is that they have a goal difference of 10, compared to Argyle's 14.

Argyle took an 11th minute lead, which was the signal for the goals to flow, as Ollie Tomlinson rose at the far post to powerfully head home the impressive Rio Garside's right-wing free-kick.

Aaron Goulty's drive was parried by Brain for Jarvis Cleal to head the loose ball home before Lolos turned provider with a sleek pass to put in Garside, who rounded a defender and the 'keeper before slotting into an empty net.

It was 5-0 four minutes before the break, as Owen Taylor was sent off for deliberate handball on the line, leaving Lolos to convert the penalty.

Newport battled hard after the break but, in truth, it was a succession of fine saves by Brain that prevented Argyle running up a record score. Lolos was twice denied by Brain before making way for Rubin Wilson on 58 minutes.

Garside twice sent in fierce efforts that Brain did well to save before Cleal's 66th-minute cross was well controlled by Goulty before he blasted the ball home from eight yards.

Wilson, Garside and Goulty were all denied by the overworked 'keeper before Randell's first touch of the game, after replacing Boyd, was a 20-yard free-kick sent flying into the net.

Garside's cross was well held up by Wilson for Burdon to lash the ball home from six yards before a rare scamble in the home area saw Tom Hillman fire home. It was not long before Brain was picking the ball out of his net again, as Randell released Garside for another cool finish to complete an excellent performance.