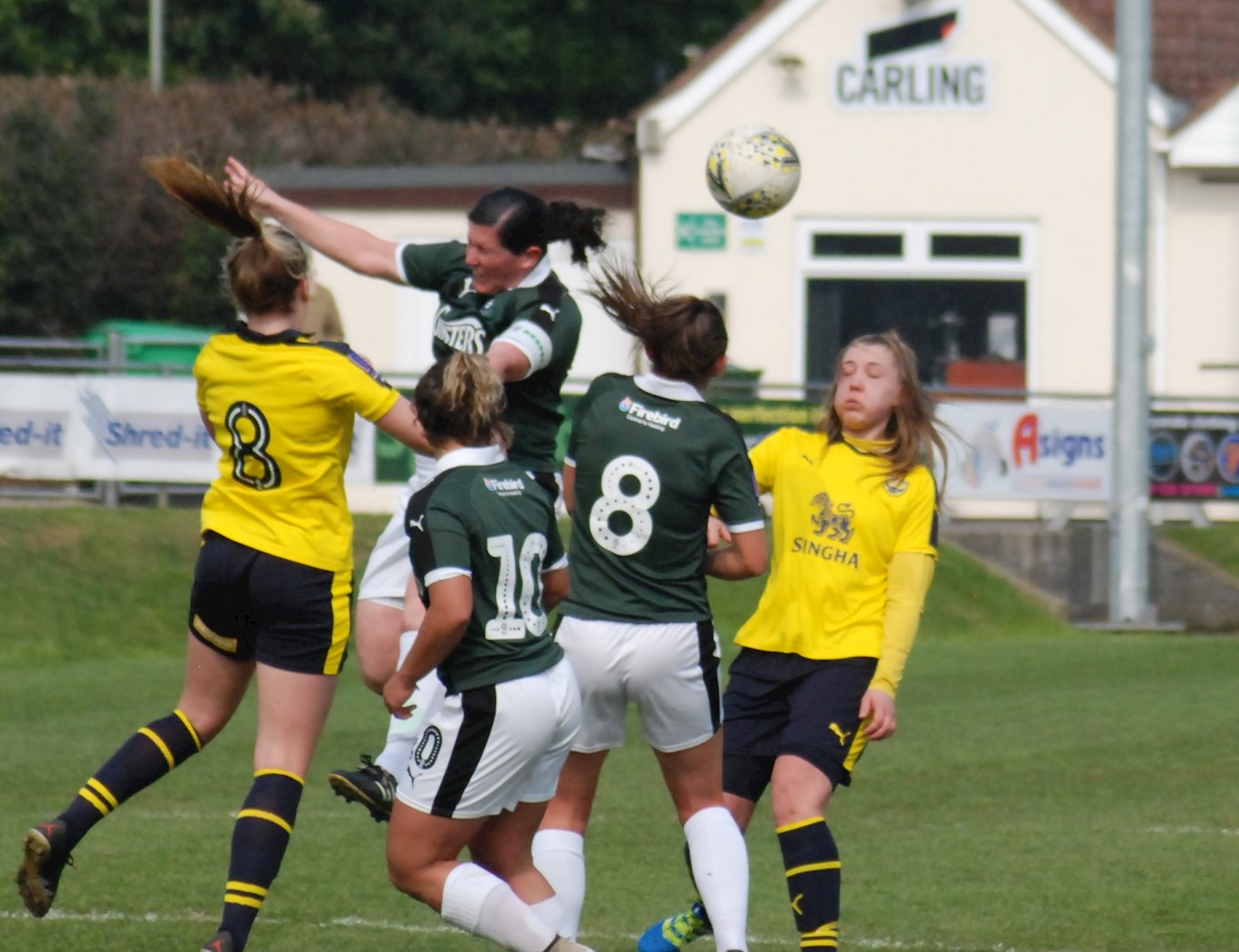 PLYMOUTH Argyle Ladies battled out a narrow victory over a spirited Oxford side on Sunday in the FA Women’s Premier League Southern Division.

Oxford had been reduced to ten players when their captain Lauren Haynes was dismissed in the first half and were beaten by a solitary goal from Kayley Lane on the half-hour.

Argyle started on the front foot with striker Natasha Knapman making her first start since injuring an ankle against Milton Keynes last September. Knapman and the enthusiastic Zoe Cunningham, along with Jessica Jones and Becky Dandridge all went close.

The goal eventually came when captain Kate Middleton flicked up a Dandridge corner for Lane to head over the line. Two minutes later, Haynes was shown the red card following a crude tackle on Jones.

Oxford came more into the game in the second half, despite being down to ten players, with Emily Allen outstanding. Argyle battled it out and almost doubled their lead but Lane's header from a Jones free kick bounced on top of the crossbar.

Oxford threw everything into attack, winning numerous corners and free kicks but Argyle held on, leaving joint manager Dave Leonard to say: “Don't forget We were up against a team who were in Super League Two last season and they had a player in Emily Allen who was outstanding.

“We haven't had the best of luck lately but we deserved that one piece luck against one of the best side we have played.”