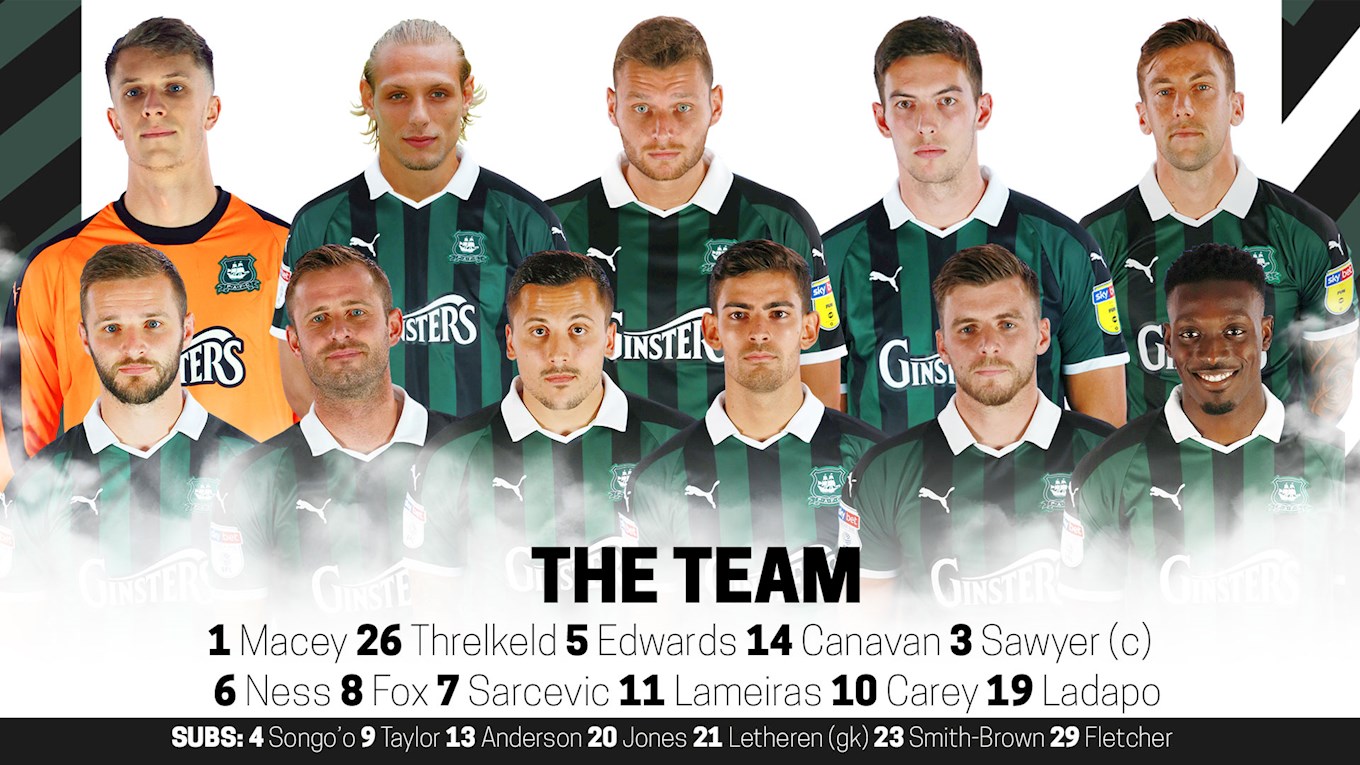 ARGYLE showed one change for their Sky Bet League One game against play-off certainties Charlton Athletic at Home Park on Saturday.

With Joe Riley ruled out after breaking his elbow at Blackpool seven days previously, Oscar Threlkeld stepped into the breach.

Midfielder Antoni Sarcevic, who hurt his foot at Bloomfield Road and missed training in the early part of the week, was passed fit to continue, while forward Alex Fletcher came into the squad on the substitutes' bench.

The Charlton side included Argyle Academy graduate Ben Purrington, on loan at the Valley from Rotherham United and making his third appearance of the current campaign against his former club, having been in the AFC Wimbledon side in this season's two encounters with Argyle.