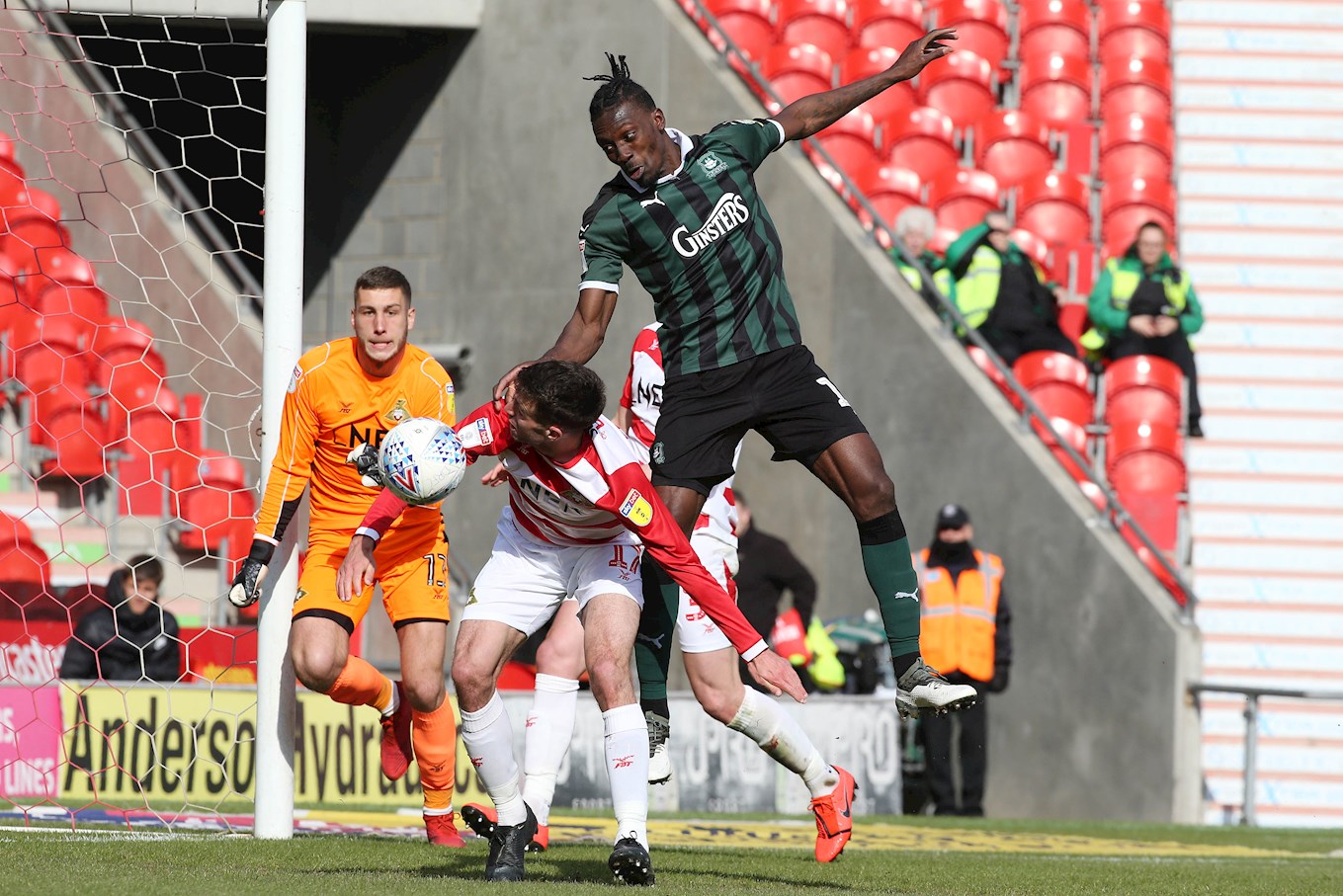 ARGYLE manager Derek Adams was left to missed opportunities as Argyle failed to gain the win to alleviate their Sky Bet League One relegation concerns.

Trailing 2-0 at half-time to goals from Doncaster Rovers’ Tommy Rowe and Danny Andrew, the Pilgrims rallied after the interval and created plenty of chances to get on the scoresheet.

However, they were unable to find a way past goalkeeper Marko Marosi and slipped further down the table to be just three points above the relegation places with four matches to play.

“We had the opportunities in the second half to get the goal, but we were obviously not clinical enough in front of goal,” said Derek.

“We were putting them under pressure, but not in a way that we were going to get that goal.”

Taylor was introduced as a half-time substitute, coming on for defensive midfielder Yann Songo’o and playing up front alongside Ladapo.

Derek said: “We changed it because we had to go for the win, as we were at the start of the game. We didn’t pick up good areas of the pitch in that period of the game. We gave possession of the ball away; we didn’t win many tackles in the first half of the game. If we did make a tackle, it was a foul.

“[Yann] had already been booked in the first half, then he makes a challenge – after that, one more challenge and he gets red-carded, so I had no choice but to take him off.

“Would I wanted to have taken him off? Probably not, but we needed to do that to get our formation change as well, to get the ball forward.

“We haven’t scored, again, as a two [up front], which is disappointing, but we had a go at it. We’ve got to give a go at it until the end of the season.

“The first half was a disgrace. All over the pitch, we were so slow in getting to the ball, not winning second balls, and we didn’t do well enough in that period.

“We’ve got to do a lot better in the last four games.”