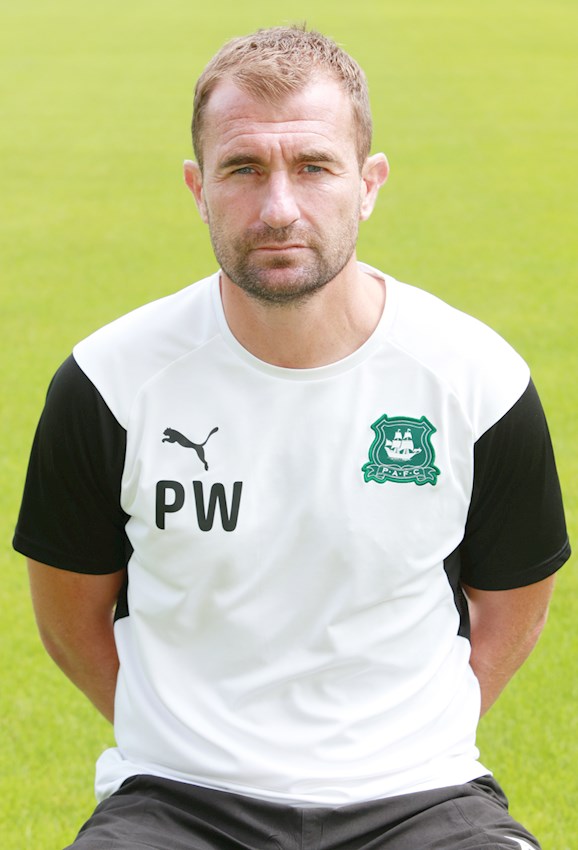 ARGYLE legend, and current assistant manager, Paul Wotton, will be swapping his football boots for running shoes, as he gets set to tackle the London Marathon on April 28, the day after the Pilgrims face Accrington Stanley in Sky Bet League One.

Wottsy will be running the marathon in aid of “Lymphoma Action”, the Uk’s only charity dedicated to lymphoma, the fifth most common cancer.

This particular charity is one that is close Wottsy, as he has a friend who had the disease, and thankfully managed to beat it. After missing out on previous marathons, Paul is keen to do his bit and is hoping to eclipse his own personal running achievements to date.

“There’s a lady I know who has had it a few times, she has fought it, thankfully, so it’s a charity that I believe in,” said Wottsy.

“I tried it a couple of times before and I was in it last year, and had to withdraw through injury. I had to defer it for a year and I’ve managed to do it this year.

“On a normal day, I’ll run anything between three and seven miles. I do long distance running as a hobby but also as a means of keeping the love handles off as well. I have done three half marathons before, so this is the furthest distance I’ve ever run.”

While Wottsy was known as a no-nonsense defender, he is once again prepared to push through the pain barrier to raise money for a great cause, but, with a laugh, he highlighted similarities between the tail end of his playing days and now, as his preparation has been less than ideal.

He said: “The toe joint that I broke a couple of times when I was playing has become almost rock solid and arthritic; it’s causing all sorts of problems. It has been deferred to a heel problem and back to a toe problem.

“I have had a few injections, I’ve been taking lots of Ibroprufen, which I did for the last few years [of my career] to get me through games, now I’m doing it to get me through a marathon. I’ve always been quite mentally strong when it comes to challenges, so if I need to keep going, I’ll keep going.

“I can’t reveal it now [the time I want to finish in] because, if I do, I’m not going to hit it. I’m really confident of running a marathon, but how slow I am and what time I do it in, I don’t know.

“I am a bit apprehensive because it is so far but I am looking forward to it. By all accounts, it’s a fantastic day and doing my bit for charity makes it extra special.”

Everyone at Argyle wishes Paul the very best of luck and please see below for the link to his JustGiving page, should anyone wish to donate. Wottsy would be grateful for any money raised, no matter how small, as all funds raised will go toward this fantastic cause.