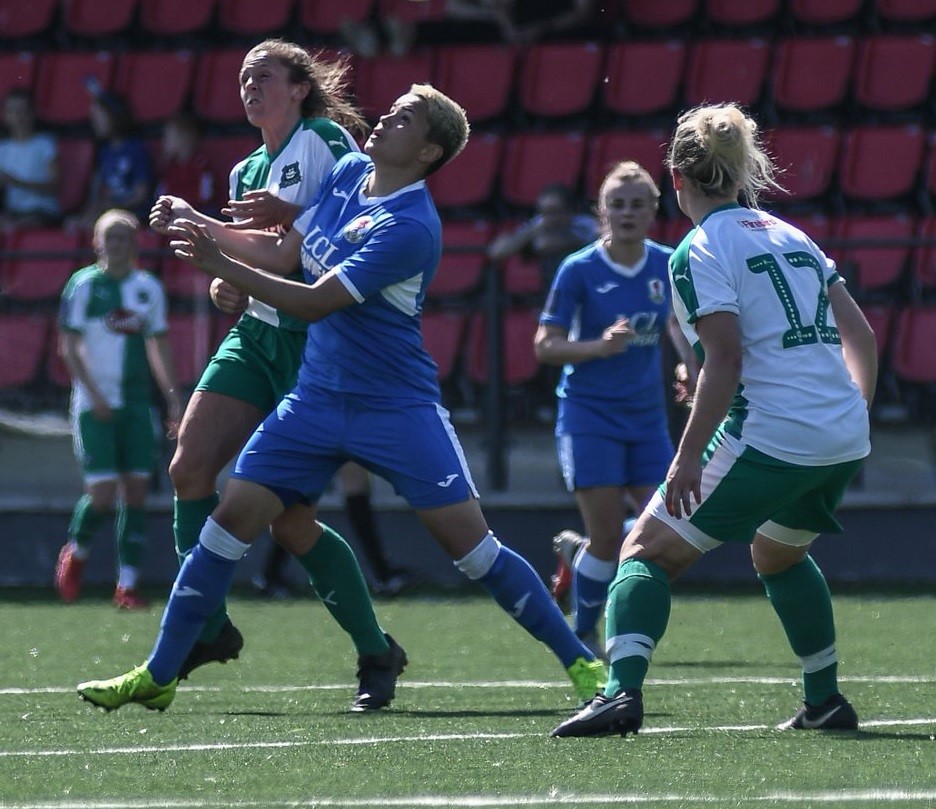 A BRAVE second-half comeback from Argyle Ladies went without reward after individual errors had given them a 3-0 deficit at Cardiff City.

In searing sunshine, Argyle included Cornish teenager Tamsin Medd-Gill in the starting line-up for the first time this season but the Pilgrims were missing the quartet of Panagiota Papaioannou, Zoe Cunningham, Becky Dandridge and Steph Beck.

Despite the personnel shortage, Argyle started brightly and were unfortunate to go behind to a terrific strike from Cerys Jones. Kylie Nolan then added the second for a Cardiff side packed with Welsh internationals.

Cardiff were cruising when Cori Williams scored a scruffy third immediately after the restart but Argyle responded with impressive character, pulling a goal back on 65 minutes, when Leah Burridge surged forward to rifle a fine shot into the bottom corner.

The tense finale was set up Natasha Knapman’s delightful overhead kick on 82 minutes but, despite piling on the late pressure, Argyle were unable to find the equalizer.

Argyle joint-manager Dave Leonard said: “I can't fault their commitment and desire, but three errors cost us the match. When you are losing 3-0 and chasing the game in baking heat, it isn't easy but the girls showed their class. At times, they played Cardiff off the park but three defensive errors cost us three points.”