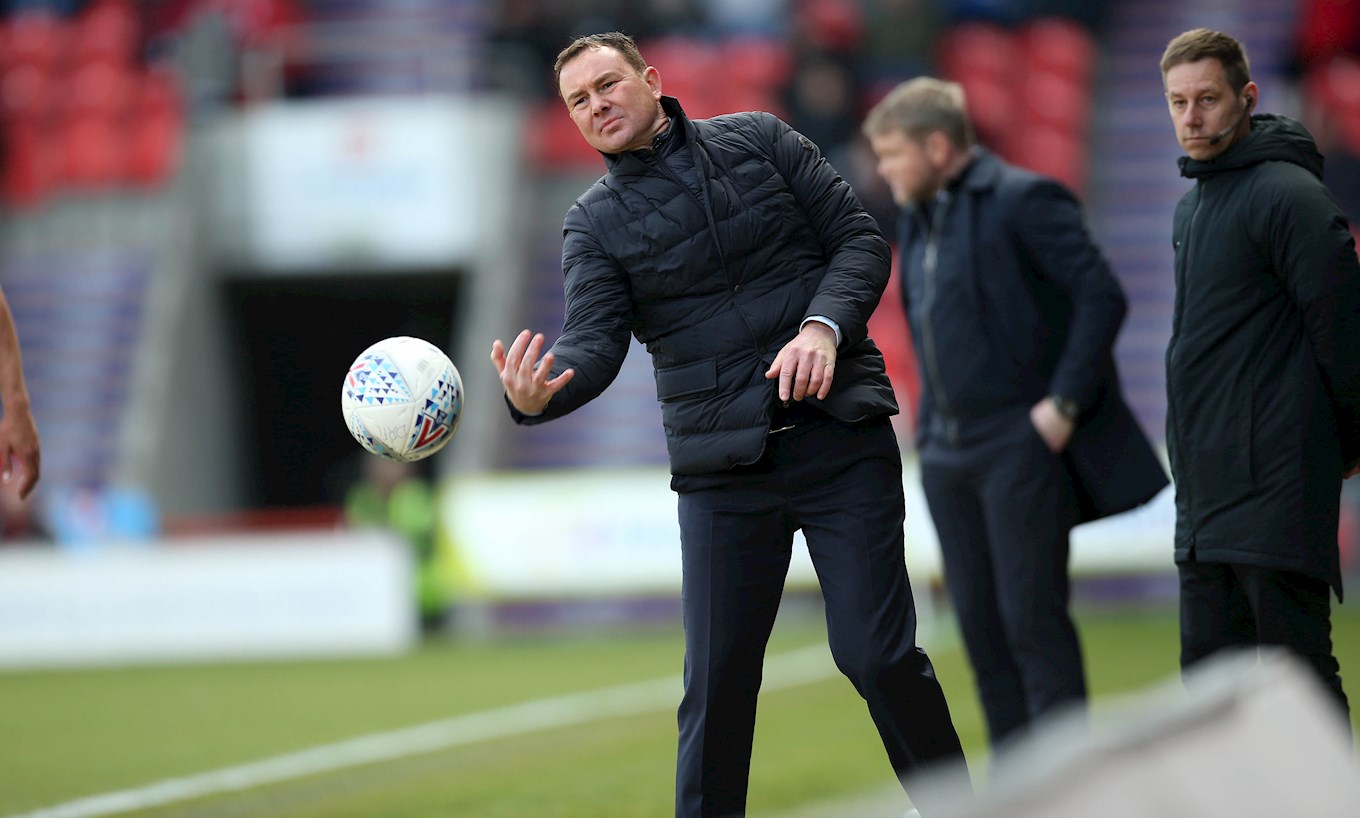 ARGYLE manager Derek Adams has promised changes are on the way for the Pilgrims' Easter double-header in Sky Bet League One against Gillingham on Good Friday and promotion-chasing Barnsley on Monday.

Derek, of course, remained tight-lipped over the exact personnel changes but, at this stage of a long season, freshness in the side may be the catalyst to survival.

Ryan Taylor’s inclusion at half time in Saturday’s disappointing defeat at Doncaster was a positive for the Green Army, so he may have forced his way into the manager’s plans for the Good Friday fixture. Meanwhile, Jamie Ness and Paul Anderson returned to first-team training today [Wednesday].

The manager, clearly, is hoping for a better showing than the one he witnessed in Yorkshire on April 13, a game in which he admits we were well below par, especially in the first period.

Derek said: “We will freshen things up for this weekend. We obviously have players who are waiting to come in.

“Paul Anderson and Jamie Ness will train today and we will assess them ready for Friday’s match, we will give them every opportunity because, with four games to go, we have got to do that.“