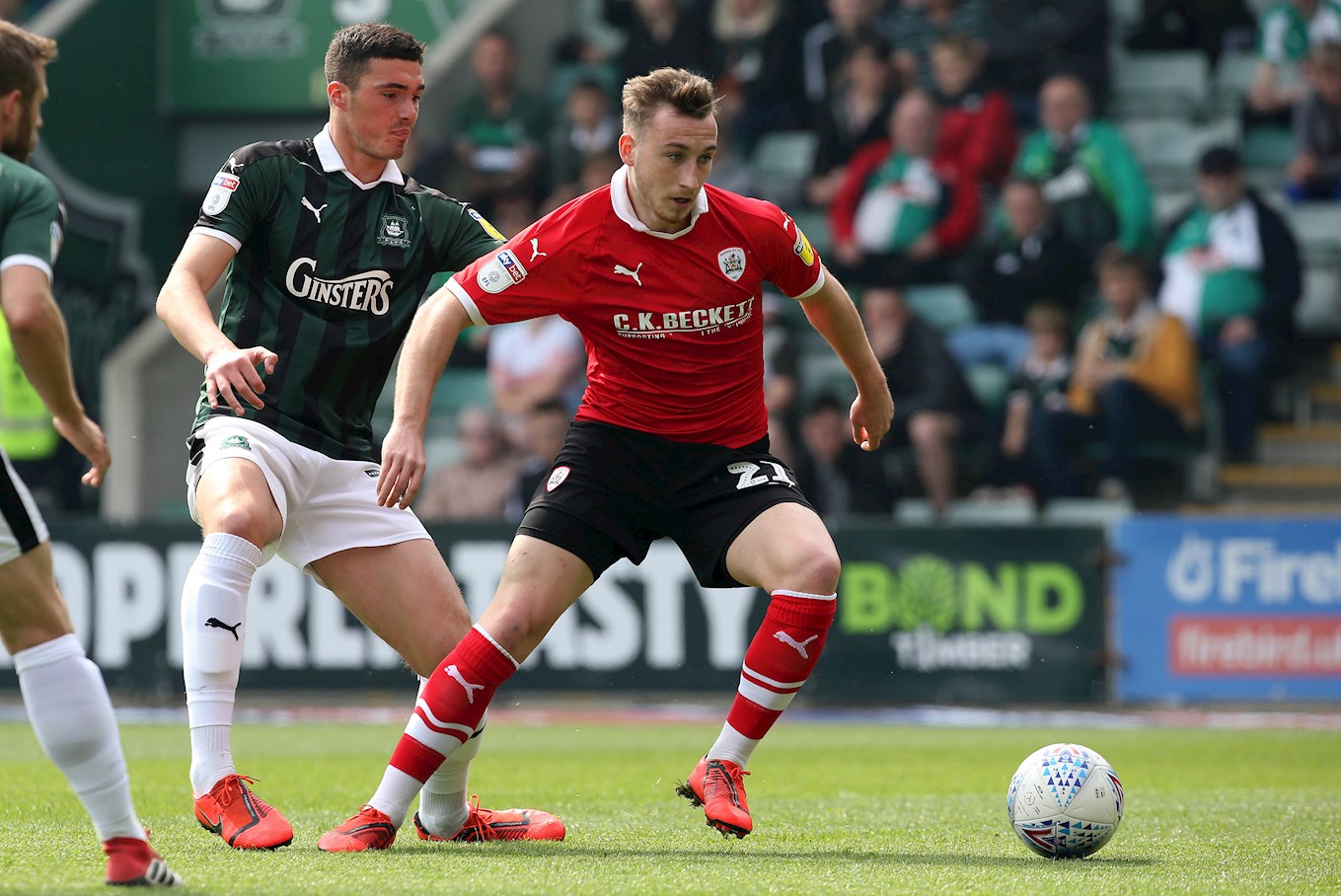 ARGYLE defender Lloyd Jones accepts that the Pilgrims will have to defend better in their final two Sky Bet League One games if they are to avoid the dreaded drop.

“Defensively, we have got to do better, but also keeping the ball,” said Jones, who made his full home debut in the 3-0 defeat against Barnsley on Easter Monday. “They kept the ball better than us today and if you keep the ball well, you’ve got a better chance of scoring.”

The Pilgrims enjoyed a decent spell at the beginning of Monday’s defeat to Barnsley before Cauley Woodrow’s 15th minute opener served as a gut punch that the Greens could not recover from.

“I think that the first 15 [minutes] we were alright, but the first goal wiped us out a bit,” said Jones. “We conceded again five minutes after, maybe, and that knocked the stuffing out of us.

“I just think that the goals, three sloppy goals really, killed us, and that was the game by half-time. That said, they’re not second in the league for no reason.”

As all good sides are capable of doing, promotion-hunting Barnsley kept Argyle at arm’s length in the second-half, and Jones admits that, from a defensive perspective at least, it was a case of damage limitation.

“I think, normally if you go 3-0 down against a good team in the league, it’s very hard to fight back,” he said. “There’s no positive we can take out of it, but it could have been more. I think it was damage limitation in the second-half.”

The Pilgrims conceded six goals over Easter weekend, losing twice in the process. They now head into a crunch tie with Accrington on Saturday, knowing that a result is required if they are to propel themselves away from danger.

“It was a hard defeat to take, but I think if we’re really being honest, they were better than us today,” said Jones. “But Accrington are right down there, and so are Scunthorpe. Coming in on loan for the last three months, I was surprised to see with the players in training every day that we’re down there, so we’ve just got to prove that in the last two games of the season.”