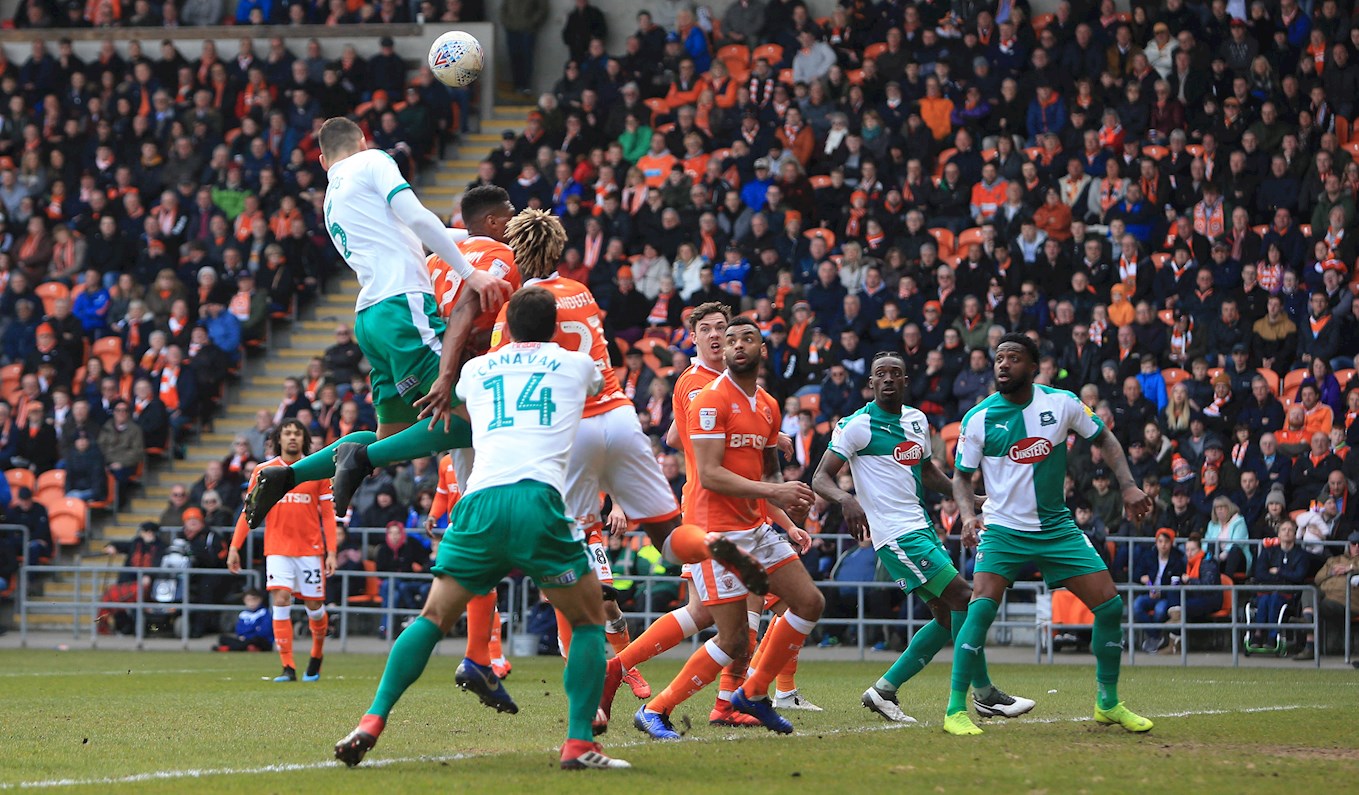 ARGYLE defender Ryan Edwards was gutted to suffer deja vu after being pegged back in injury time as four goals were shared equally at Bloomfield Road in Sky Bet League One.

This time it was a revitalised Blackpool, who came from 2-0 down to salvage a draw in the final 10 minutes, just a week after Bristol Rovers had denied the Pilgrims a victory with their last-gasp leveller.

Marc Bola and then Curtis Tilt, with an overhead kick, scored the Blackpool goals and Eddy was disappointed not to have seen the game out after Freddie Ladapo scored inside three minutes and the defender added a second on 73.

“It hurts, it hurts everyone, but we have to stick together and try to get to that margin that will get us over the line come the end of the season,” said Eddy.

“We were dominant. If you had taken 10 people off the street and asked them who is at the top end of the table, 10 out of 10 people would have said us. If we play like that, we will be alright but we can’t let leads like that slip. It is another point gained, but it doesn’t feel like it; it feels like two points dropped, it is two points dropped.”

While two points went amiss, the cushion between ourselves and those in the relegation scrap has extended to five points and, understandably, there is a keenness to be mathematically safe from the drop as soon as possible.

Eddy said: “We will have to come in on Monday and try to get that win because I think we’re nearly there. It is probably lower than 50 points to be safe but we are not thinking 'lets be there and we are safe', we want to finish as high as we can.

“Like the manager said before the game, there are six games left and he wants us to go and batter every team we play, which is a great attitude to have.”