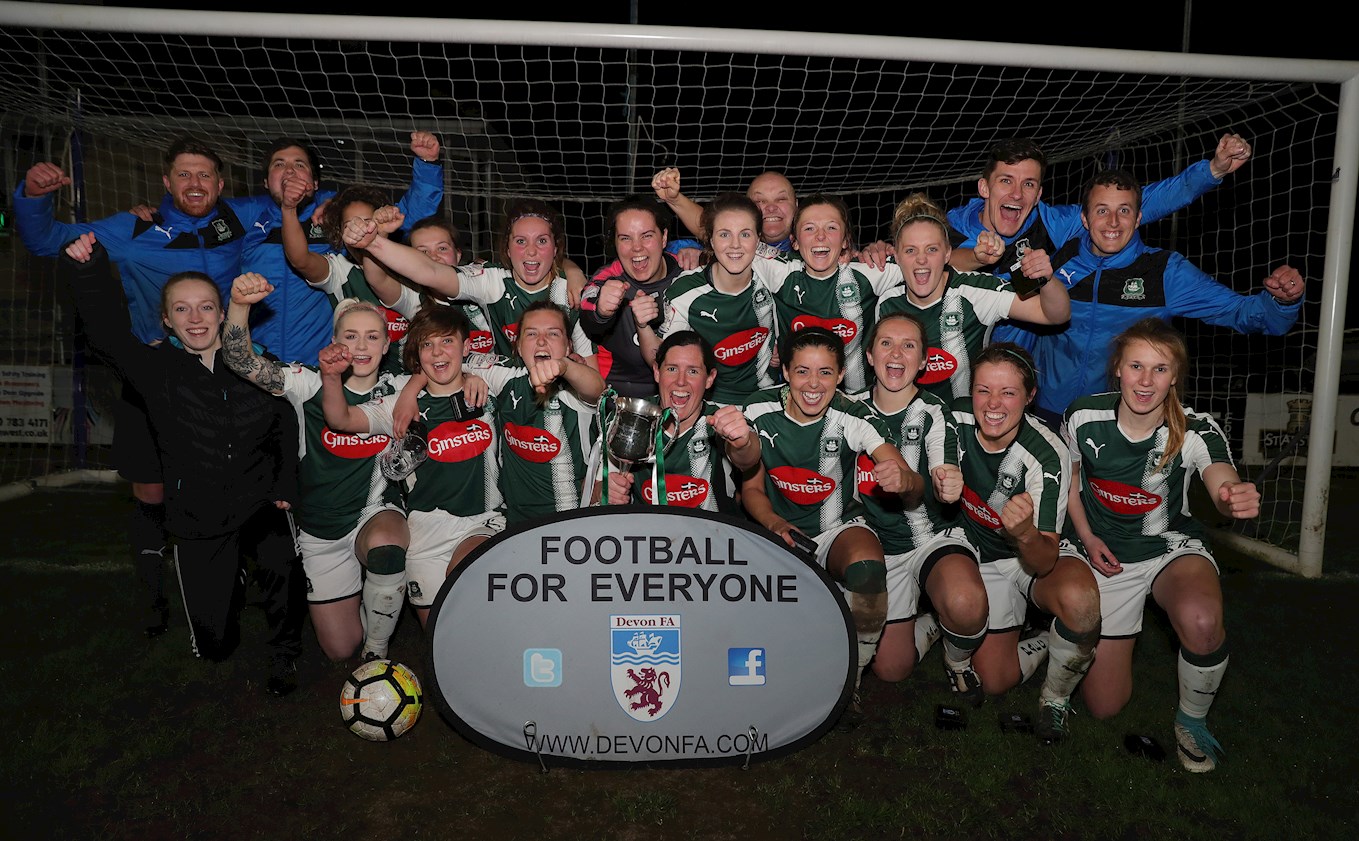 PLYMOUTH Argyle Ladies head for Coach Road in Newton Abbot on Friday night looking to retain the Devon Senior Cup, where they will take on Buckland Athletic for a 7:15pm kick off.

Buckland played in front of over 600 fans at Exeter City to knock out the Lady Grecians 3-1 in the semi-final, while nearly 900 turned up at Home Park to see Argyle draw 2-2 with Portsmouth in a league match, so a decent crowd is expected.

Argyle are the current cup holders after beating Torquay United 8-0 last season but Buckland are a very difficult opponent, having enjoyed a highly successful season in the FA Women’s National League Division One South West – a step below Argyle.

The pair have had close games in recent seasons and two seasons ago Buckland knocked Argyle out of the competition on the way to winning the cup in a penalty shoot-out against Marine Academy Plymouth. Argyle then beat Buckland 4-3 after extra time last season before going on to lift the cup.

Argyle joint-manager Trevor Rodd said: “It will be tough, but we are not going to underestimate our opponents as they are having a good season. The girls are looking forward to the occasion.”

Argyle will be without flying winger Amber Pollock who is unavailable and Greece under-20 international Panagiota Papaioannou. The good news is that top striker Natasha Knapman, who netted a double on Sunday against Milton Keynes, is looking more like the player that had netted over a hundred goals in the previous two seasons following her return from a long-term ankle injury.

The other good news is that Welsh International Helen Bleazard, who had also been out of action recently due to an ankle injury, came on as a substitute against Milton Keynes to provide the cross for Knapman's second goal.

Argyle follow this tie with a visit to Loughborough on Sunday in the league with virtually the same 16 expected to travel. Argyle lost the home match against Loughborough 4-0, so expect a difficult challenge in the FA Women’s Premier League Southern Division.