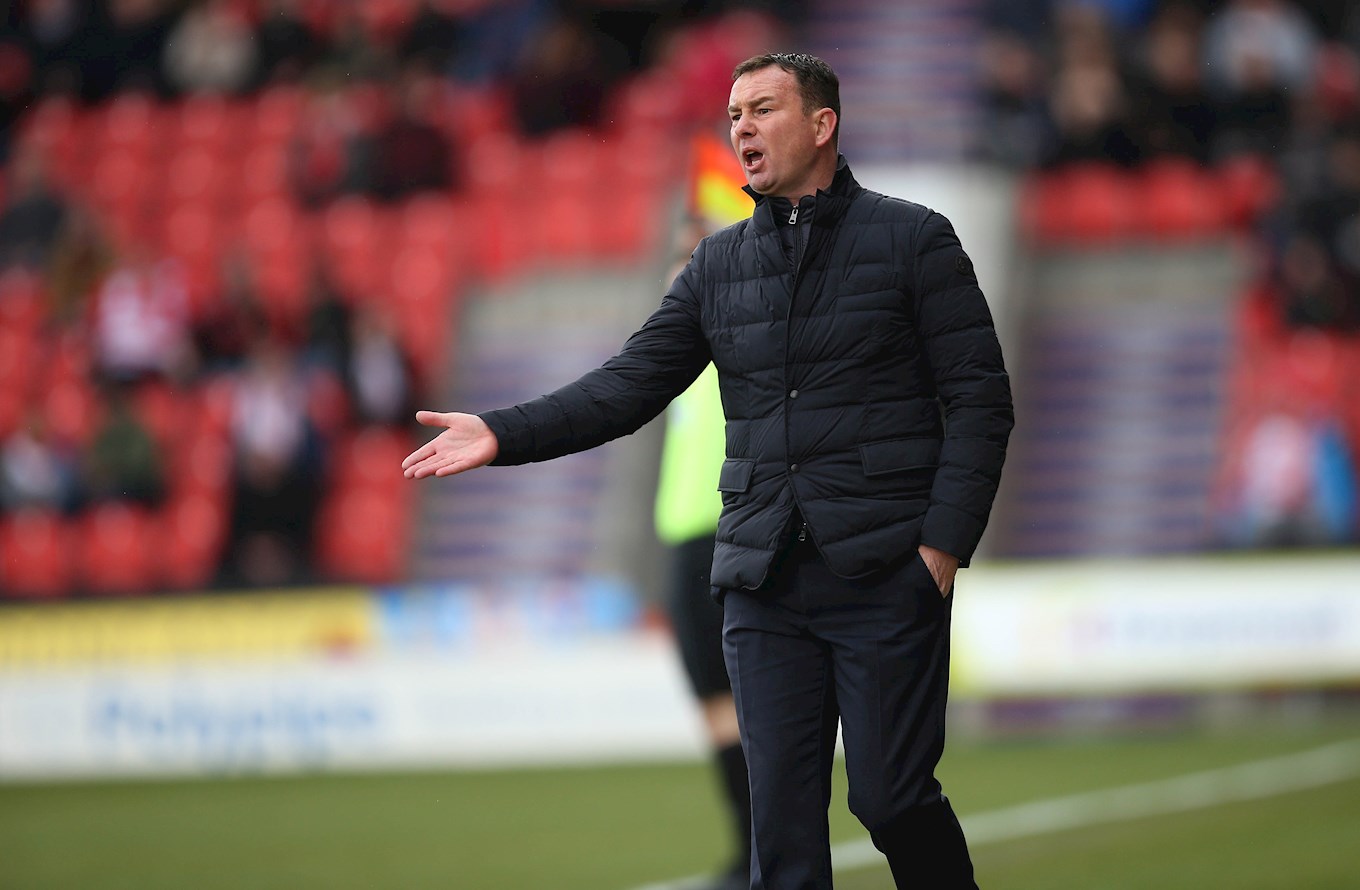 ARGYLE manager Derek Adams has promised to make changes to the Pilgrims’ starting line-up over Easter after Saturday’s 2-0 defeat at Doncaster Rovers left them perched precariously just above the Sky Bet League One relegation zone.

With other teams picking up points in the now four-game scrap to avoid dropping down a division for 2019-20, Derek admitted his team are involved in a fight for survival.

“What it means is there’s a tightening up of the league table. We’re in a position now where, with four games to go, we have to still pick up wins.

“We have to do 100% better because the performance level wasn’t good enough. We can’t allow that to be the case.”

Argyle are away to Gillingham, who are a point ahead of them, on Good Friday, and home to Barnsley, who are still chasing an automatic promotion spot, three days later.

Their season ends with a trip to Accrington – again, a point ahead of them – before, in the final match of the campaign, they host Scunthorpe United, who are a place and two points below the Pilgrims.

Derek said: “We’ve had injuries, as well as a loss of form. We’ll have to make changes for next week.

“We’ve got that long journey to Gillingham on the Friday, then come back and play against Barnsley on the Monday.

“We obviously have to pick up points in these games.”