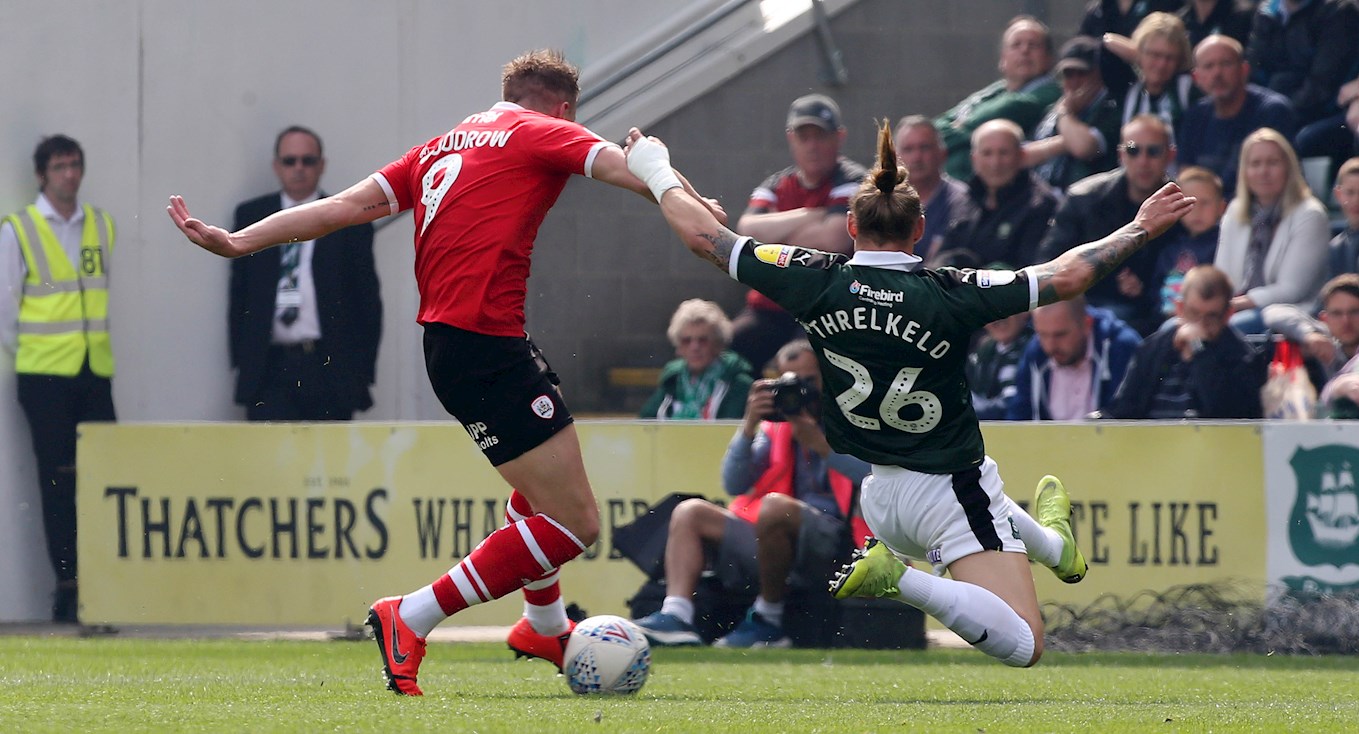 ARGYLE manager Derek Adams bemoaned his sides defending in the 3-0 defeat to Barnsley in Sky Bet League One on Monday, but admitted the visitors are a very strong outfit.

Argyle found themselves 3-0 down in the first period thanks to goals from Cauley Woodrow, Jacob Brown and Alex Mowatt, and from then on it was always going to be an uphill struggle against the league’s tightest defence.

Derek said: “It’s a difficult one because, to get ourselves back in the game, we would have had to score very quickly after the break and we didn’t do that. We also had to be aware we couldn’t concede any more goals.“

Derek believes the Tykes will be playing Championship football next season, and Cauley Woodroow will be instrumental to that.

“I wouldn’t be surprised to see them in the Championship next year,” he said. “Woodrow up front is excellent, he doesn’t just play up front, he comes in to holes to play in the midfield players, one goes forward, one goes deep, it wasn’t any surprise to us. They are just a very strong side.”

Derek knows now that goal difference could be a very important factor for his side’s survival and Argyle felt the pain of the goal difference rule the year we won promotion to League One.

He said: “We had the opportunity to be Champions but we lost out on goal difference, so we know how important it is to not concede goals.”