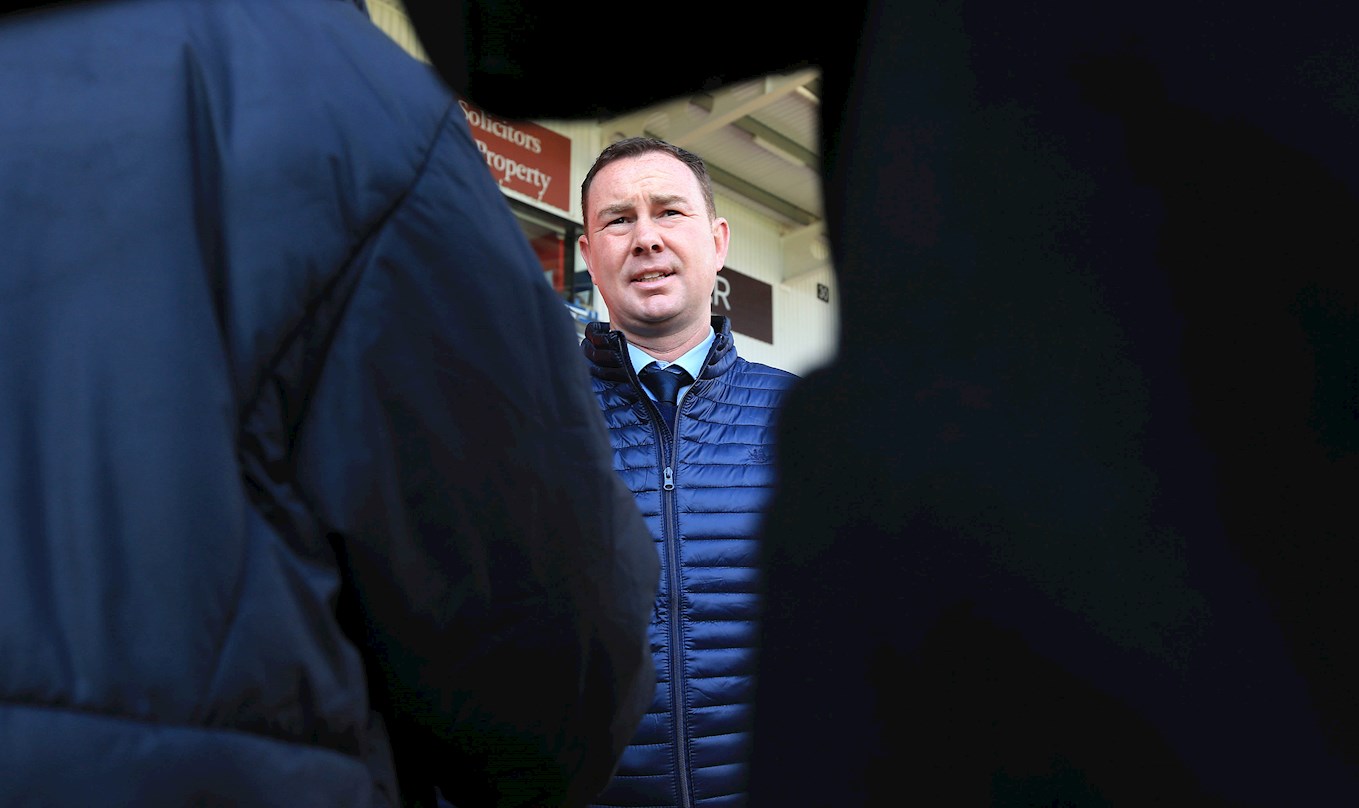 DEREK Adams did not pull any punches after Argyle went down 2-0 to Sky Bet League One promotion contenders Doncaster Rovers.

The Pilgrims’ manager described his side’s first-half performance at the Keepmoat Stadium variously as “exceptionally poor”, “terrible”, “shocking” and “as bad as we have been all season” after Donny capitalised with early and late goals in the opening 45 minutes.

Although Derek agreed that, following some tactical tinkering at the interval, Argyle improved, he conceded that they were “not good enough” to take one of the several clear chances created from their better play.

“The way we started was exceptionally poor,” he said. “We were very, very slack on the ball in the early stages of the game. We gave it away, we were second best, and Doncaster punished us on that: the way that we passed the ball; the way that we didn’t compete with Doncaster; and we didn’t win any second balls.

“That was probably as bad as we’ve been this season in the first half. That was disappointing.”

Rovers captain Tommy Rowe opened the scoring after seven minutes after the Pilgrims spurned more than one opportunity to clear their lines, and any hopes of a second-half comeback were canned when Danny Andrews scored direct from a free-kick on the stroke of half-time.

The defeat leaves the Pilgrims just three points off the division’s relegation places with four games of the season to play.

Derek said: “We lose possession of the ball inside our box, we don’t get a tackle in, and Rowe gets the first goal. I think that we carried that on throughout the first half, and it was a shocking first-half performance by us all: the slackness on the ball; the slackness to anticipate the ball coming to one of their players; and being second best all over the pitch.

“Then we lose the second goal direct from a free-kick. It gave us a really hard uphill struggle in the second half.

“The goals we concede are poor goals. We have to make the tackle for the first one, and we maybe don’t have enough players in the wall for the second, but we’re also not lined up properly as a wall, and that is poor defending by us.

“The ’keeper’s got to tell the outfielders what side of the post that he wants covered. We had the smallest man on the outside, and that’s not right.”

Argyle re-shaped for the second half, bringing on forward Ryan Taylor for defensive midfielder Yann Songo’o, and playing Taylor up front alongside Freddie Ladapo.

Although the switch generated a much-improved display from the Pilgrims, they were unable to make a breakthrough.

“We made a go of it,” said Derek. “We had chances to make amends and we should’ve scored goals in the second half, because we had opportunities to do that.