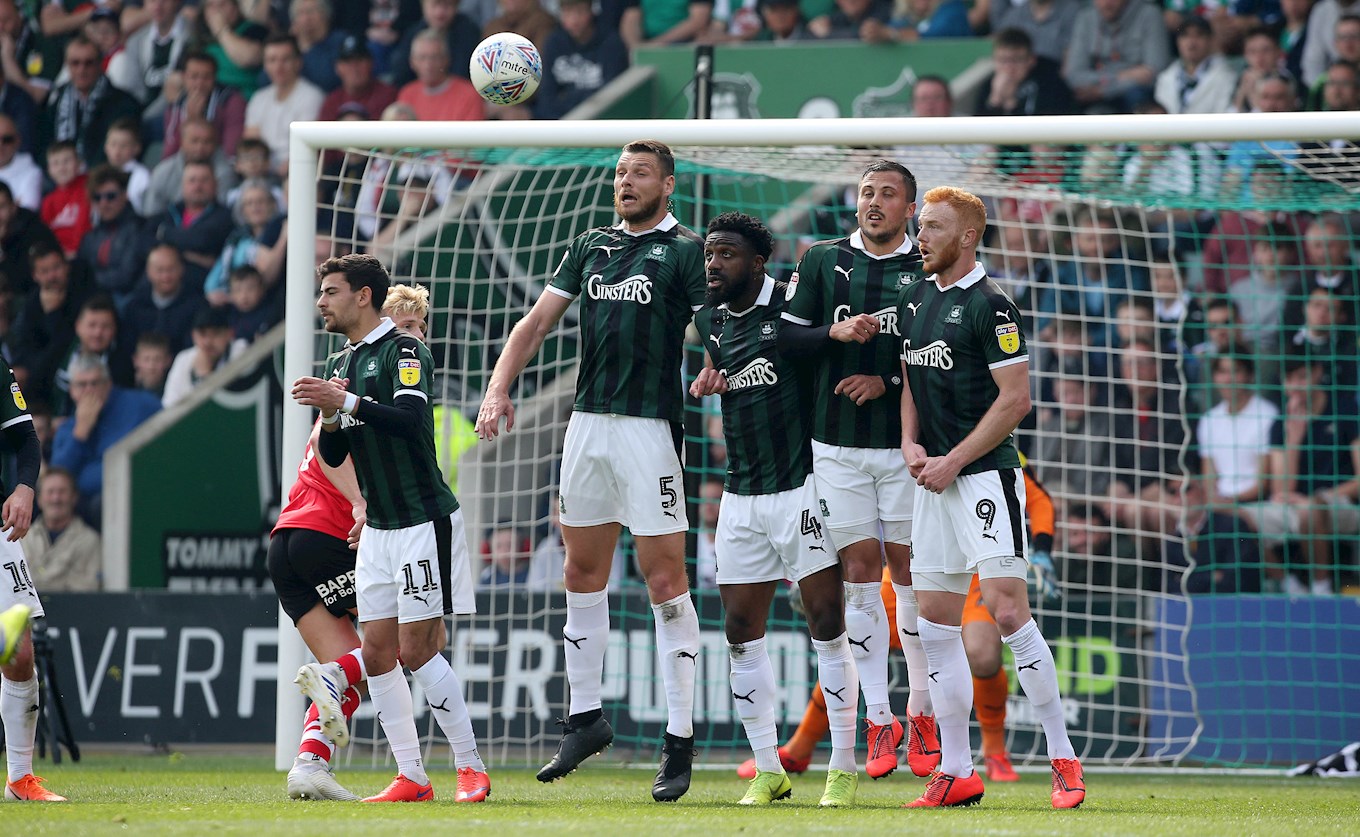 PILGRIMS defender Lloyd Jones wants to re-assure the Green Army that the players are united in their fight against Sky Bet League One relegation.

The Greens’ recent slump in form has left them with work to do to avoid the drop, and with two games to go, Plymouth-born Jones feels he and his colleagues are up for the fight.

“I think we’ve just got to stick together,” said Lloyd in the aftermath of the Barnsley defeat. “We’ve got a massive game away at Accrington this Saturday coming, and then we’ve got Scunthorpe at home. The last two games will define what league we’re in next season.”

The Greens approach Saturday’s clash with Accrington just one point clear of the relegation places, with two games left to play. Given the ever-tightening situation at the bottom of the table, it is a big possibility that Argyle will go into the final day of the season against Scunthorpe needing a result to stay up.

“It could do [go to the last game], but I think we’ve just got to be calm,” said Lloyd.  “If we’re hesitant going out on to the pitch, it’s not going to do us any favours. We’ve got to forget about what’s going on, and the negativity, and just stick together.

“They’re both winnable games. We’ll be looking to go to Accrington on Saturday and win, and Scunthorpe at home and win again. Hopefully, that climbs us up the league and away from relegation.”