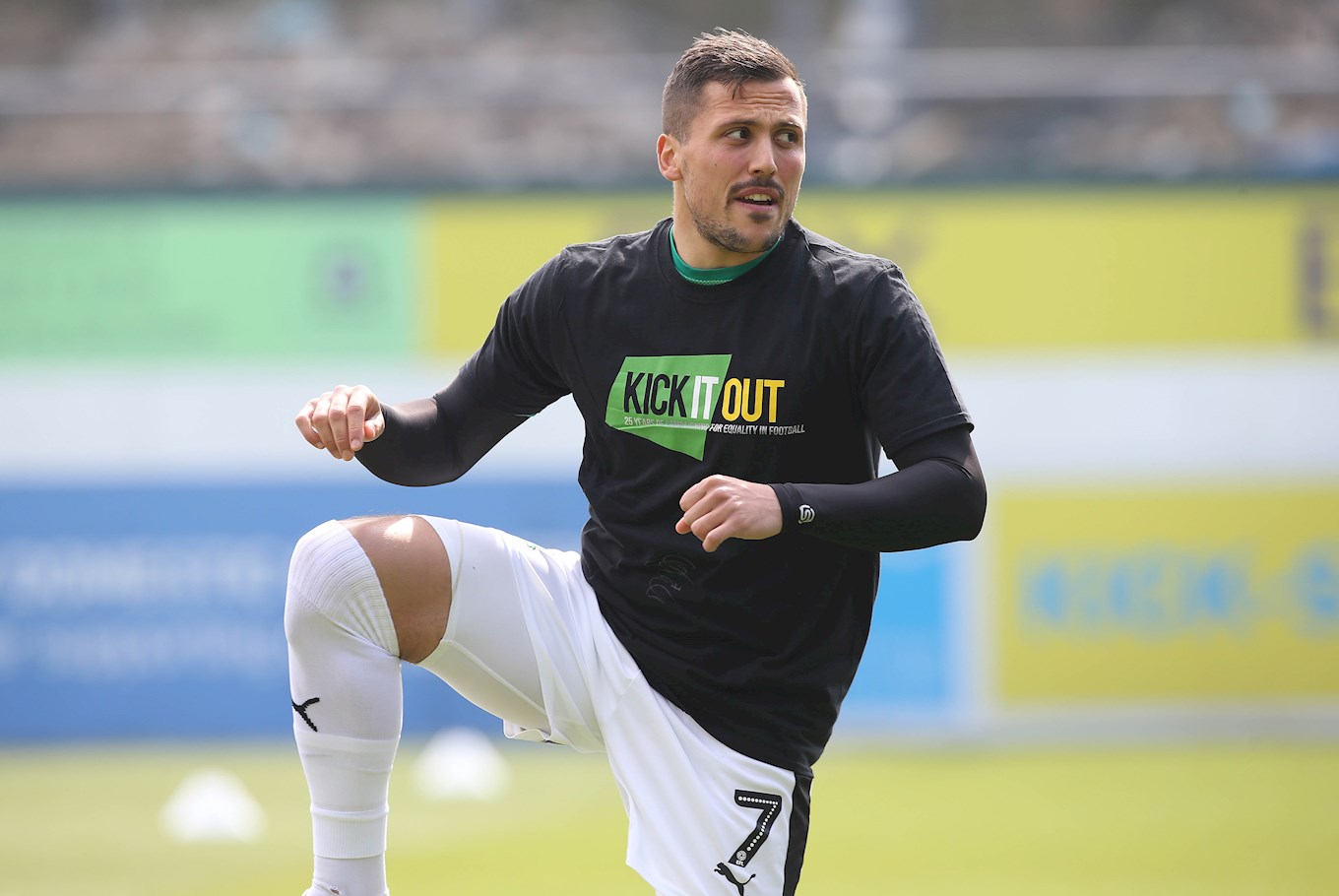 LIKE many of the Argyle first-team squad, Antoni Sarcevic has endured his fair share of hard knocks over recent weeks. However, the Pilgrims’ all-action midfielder is determined not to let it rule him out of the Greens crucial Sky Bet League One run-in.

In the Pilgrims’ two most recent fixtures, a 2-2 draw at Blackpool, followed by Saturday’s home defeat to high-flying Charlton, Sarcevic has been unable to see out the full 90 minutes, through no fault of his own, as clumsy challenges, both on the same foot, have left him in too much pain to play on.

“At first, the lad’s landed right on top of my achilles, and when I got up, I had trouble with my metatarsal,” said Sarcevic, recalling Marc Bola’s challenge that led to his substitution at Blackpool.

“The pain I had was worrying. I got it assessed the following day, on the Sunday, and it was just a lot of bruising, so it was just about how much pain I could take. You take some pain killers and get on with it.”

Having missed much of the week’s training before the Charlton tie at Home Park, Sarce battled back to fitness to ensure he retained his starting berth. Considering the effort made to ensure he was fit to face the Addicks, Sarcevic would be forgiven for thinking he was cursed, as another clumsy challenge ended his involvement for the second week running.

“I felt good on the Saturday [against Charlton], before the lad absolutely smashed me from behind,” said Sarcevic. “I couldn’t believe it, I knew straight away, it was just too much pain to carry on, really. I wanted to carry on but I was in a lot of pain, and I’m no use to the team like that.”

The good news, for Argyle fans as well as his colleagues, is that no further damage has been done to the metatarsal bruising that Sarcevic is currently contending with, so, all being well, he will be able to soldier on and take his place in the midfield for Saturday’s trip to Doncaster.

“It will be just the same again, really - we’ve assessed it, and done all we can,” said Sarcevic. “It’s just about how much pain I can take, really. I’ll be taking pain killers, if I’m selected, to get through the game.

“I wouldn’t ever put myself forward for the gaffer’s selection if I don’t feel that I can put everything into the game. Just, hopefully, no-one comes from behind like the lad did on Saturday. I said to the referee, tackles like that make these injuries happen. That’s what really frustrated me, the manner of the challenge.”