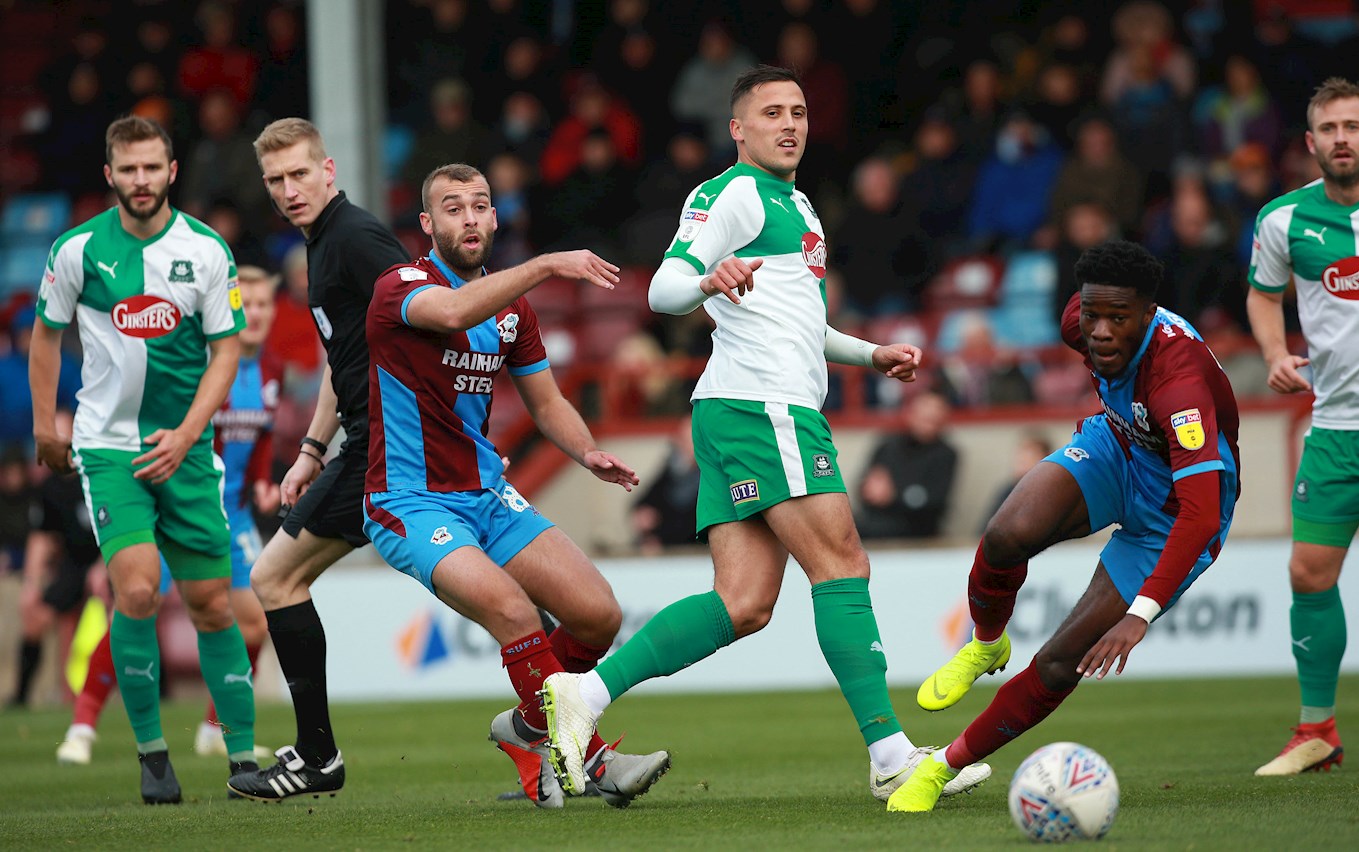 WHILE the football club might be undergoing significant change off the pitch, with the development of the Mayflower Grandstand gathering pace, first-team midfielder Antoni Sarcevic is keen to ensure that one thing remains the same: Argyle’s status as a Sky Bet League One side.

“It’s massive, not only for the club, but for the players,” said the Pilgrims midfielder. “We don’t want a relegation on our CV, we don’t want to send the fans back down to League Two. We want to stay in the league where it’s competitive and there’s good teams for fans to see us play against.”

With barely seconds left to play in two of their previous three league fixtures, many Argyle fans would have been forgiven for thinking the Greens were all-but-safe, but last minute equalisers, conceded in consecutive fixtures against Bristol Rovers and Blackpool, left the Pilgrims with work to do – compounded by last week’s failure to capitalise on a dominant first-half display against Charlton.

“It’s frustrating, the two draws we’ve had, if we had seen them out, I think we’re safe, it’s done. We can’t dwell on that, it’s gone,” said Sarcevic.

“You’re still looking over your shoulder, which is a bit nervous, but we can’t be showing that. The last few games, we’ve been playing well, we’ve just got to make sure that we carry that on and get the wins.”

Despite sitting only four points above the drop zone, the Pilgrims’ survival hopes are boosted by the sheer number of teams still left in the mix. Almost half of the sides in the division are still to achieve the magic points total required to be all-but-safe, and while that is the case, it means that many sides will take points off each other, like this weekend.

“I’ve seen the fixtures for Saturday and a lot of them play each other again,” said Sarcevic. “In that sense, it’s helping us, but we need to make sure we’re doing our side of it, to help ourselves as well.

“We can’t keep going on and depending on other results. We have to do it ourselves, it’s as simple as that. We’re going into Saturday confident, the next five games we’re going to look to win every game, we’ve got to.”