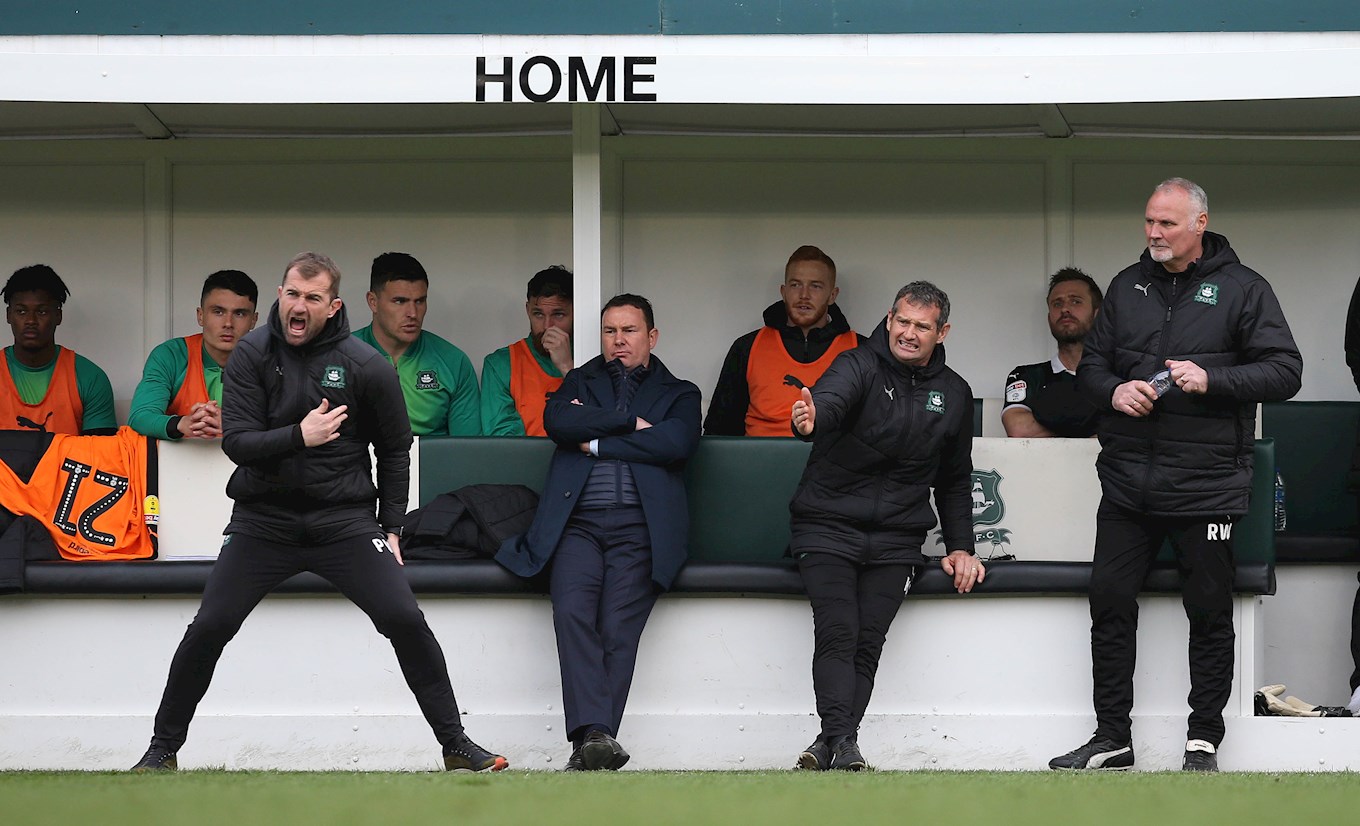 ARGYLE manager Derek Adams is keen to see his side earn the results they need to mathematically secure Sky Bet League One survival as soon as possible, having seen four points slip away in the dying minutes of their last two fixtures.

The Greens led 2-1 against Bristol Rovers heading into stoppage time at Home Park a fortnight ago, before seeing a 2-0 lead at Blackpool slip cruelly away in the last six minutes at Bloomfield Road last weekend.

“We were really disappointed last week, because to get ourselves 2-0 up against a team that is pushing for the play-offs was excellent,” said Derek, “But to lose the points in the manner that we did was really disappointing.”

While the Pilgrims were understandably devastated at dropping the points at Blackpool, Derek believes that his team were unlucky, and could not do a great deal about the manner of the goals conceded at Blackpool.

“The ball got knocked to the edge of the box, the left-back’s hit it with his right foot and it’s just trundled into the bottom corner,” said Derek. “Then, the centre-half comes up and decides to have an overhead kick, and it goes into the back of the net. From that point of view, it’s very difficult to take because we were in very good command of the game.”

“It is extremely frustrating. I think that to be in a position where we were winning against Bristol Rovers and Blackpool, we’ve lost four points. It would have put us in an excellent position going into the last six games of the season.”

Despite the undeniable disappointment of the last two fixtures, the Pilgrims are still very much in the driving seat when it comes to securing League One survival. With a five-point gap to the relegation places, just a handful of points from their remaining six games should be enough to get over the line – which is quite an achievement when you consider that the Greens were entrenched in the drop zone at Christmas-time.

“We’re in a good position with six games to go,” said Derek. “We’re in a much better position than we were earlier in the season. We’re probably in the position everyone would expect us to be in at the start of the season. We have to kick-on now, and try to finish as high up as we possibly can.

“We’ve got six games to do that. We’ve got three tough games against top teams in Barnsley, Doncaster and Charlton. We’ve also got three teams that are round-about us in the table as well.”