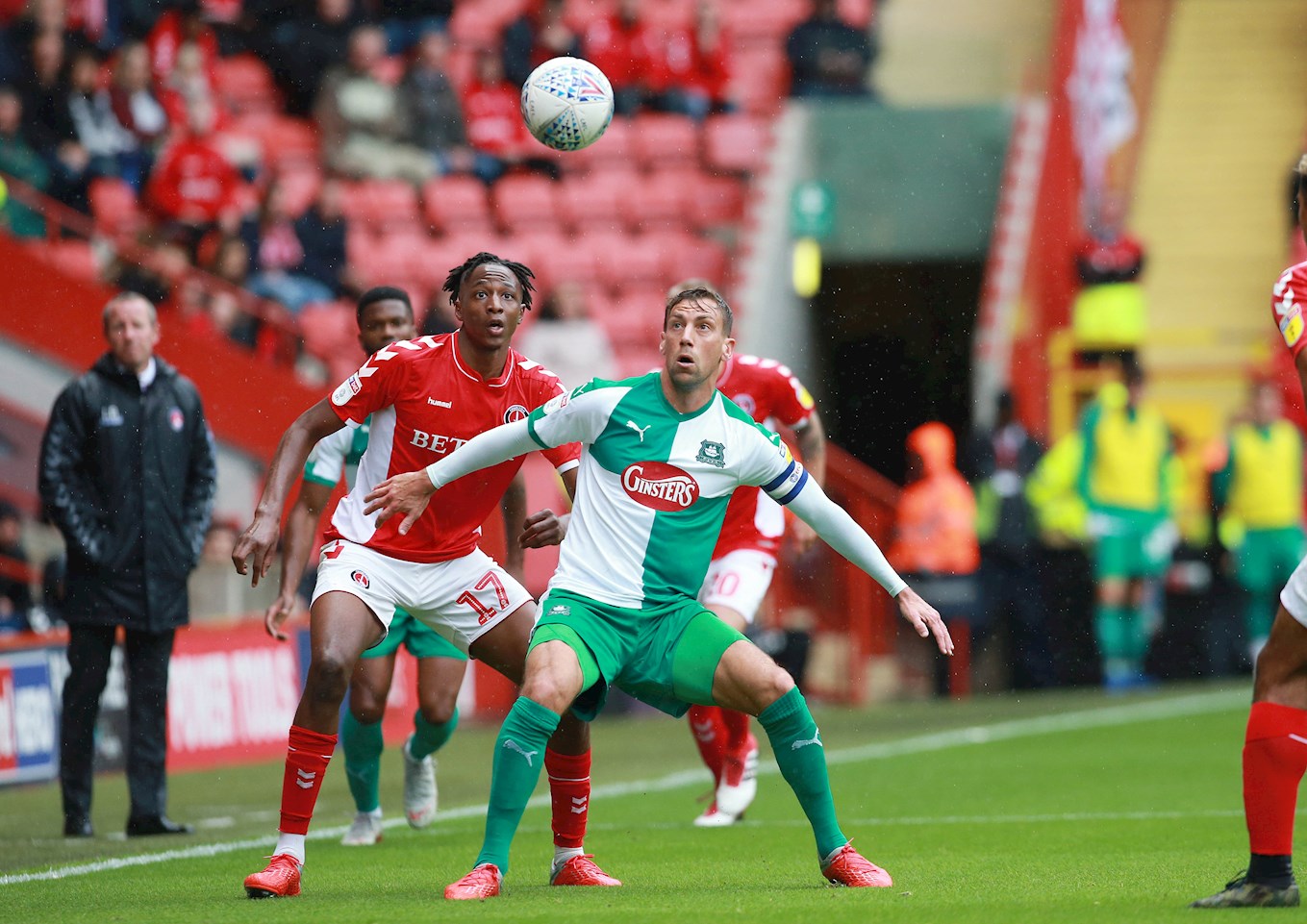 SATURDAY’S Sky Bet League One opposition, Charlton Athletic, may be flying high in the play-off places, but Argyle manager Derek Adams believes his side have nothing to fear.

“They’re obviously riding high at the top of the league,” said Derek. “They’re in the play-off positions at this moment in time, they have been there for the majority of the season.

“That said, we’ve done well against the top-six teams this season. From a competitive point of view, we’ve taken points off them, and we want to do that against Charlton.”

The Pilgrims have been in impressive home form of late, having remained unbeaten at the Theatre of Greens since before Christmas. While recent performances give Derek heart, he acknowledges that his resources, compared with those of the Addicks, are not in the same league.

“I would like the budget that [Charlton manager] Lee Bowyer has,” said Derek. “That’s where it’s difficult to assess how teams are, because of the financial irregularities between all teams in this division.

“Charlton, as we’ve seen with the finances this week, spend a lot of money on their team. I think that they pass the ball really well, but we’ve got talented players in our team that can do the same.”

As ever, Derek has done his research on Saturday’s visitors, and expects their attacking prowess to pose a stiff challenge.

Last week, The Addicks beat basement side Bradford City through a solitary goal from Lyle Taylor, who will be known to many Argyle fans for his goal in the Greens’ League Two play-off defeat to Wimbledon in 2016, alongside a pantomime villain performance during Argyle’s 4-2 victory over the Dons last season.

“We saw that Bradford sat off them last week,” said Derek. “Charlton probably should have won by more goals. They’re a very good outfit that have dropped down the leagues and want to get back to the Championship.

“They play with a lot of attacking promise, at times. Taylor’s a top player for them, but he’s not the only one.

“We’ve got the firepower to hurt them, too. We’ve got [Ruben] Lameiras, [Graham] Carey and [Freddie] Ladapo who have all contributed by either scoring goals or having assists this season.”