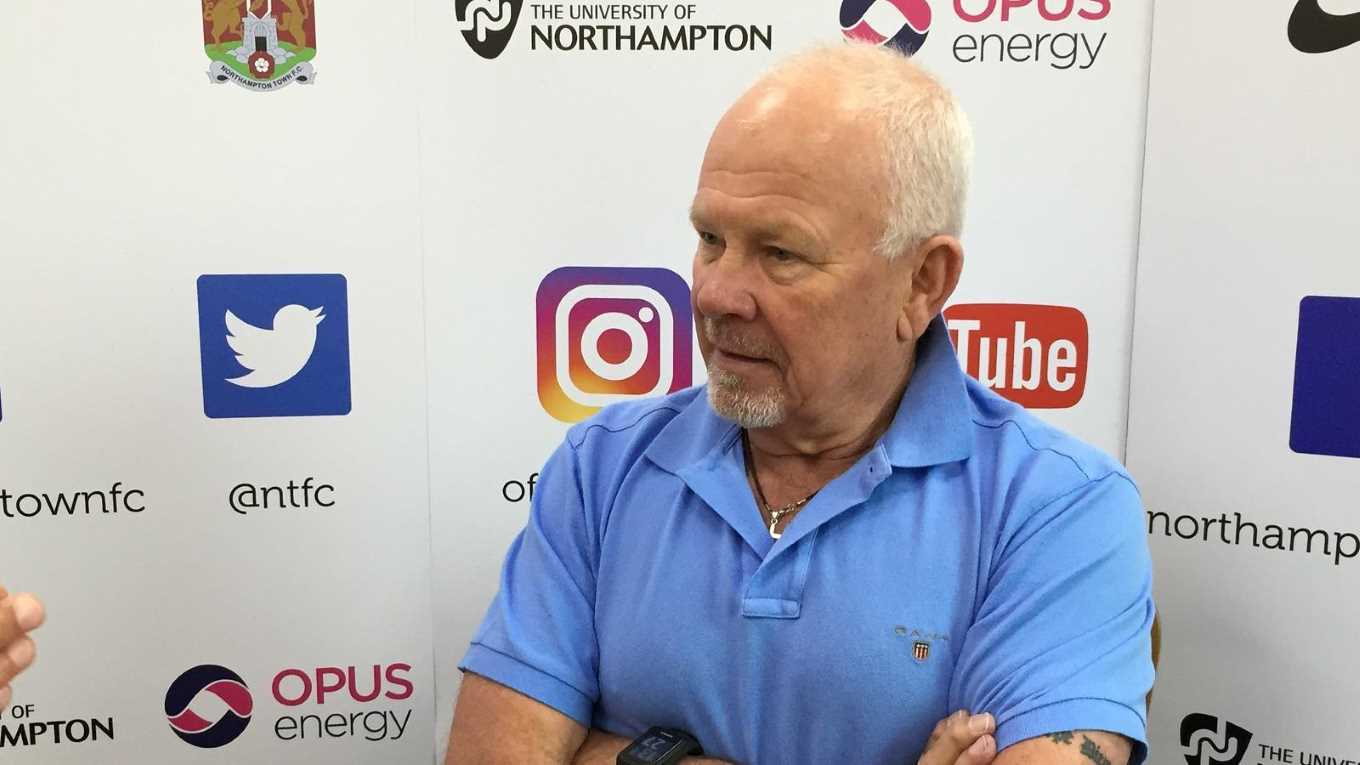 FORMER Pilgrim John Harbin has a simple message to the Argyle players and Green Army before this weekend’s do-or-die Home Park Sky Bet League One clash with Scunthorpe United:

“It’s One More Round time.”

John, performance coach at Argyle under John Sheridan’s management, has become well-known for inspiring and motivating players throughout his career and one of his go-to quotes comes from world heavyweight boxing champion ‘Gentleman Jim’ Corbett.

Entitled One More Round, it reads:

“Fight one more round.

“When your feet are so tired that you have to shuffle back to the centre of the ring, fight one more round.

“When your arms are so tired that you can hardly lift your hands to come on guard, fight one more round.

“When your nose is bleeding and your eyes are black and you are so tired you wish your opponent would crack you one on the jaw and put you to sleep, fight one more round – remembering that the man who always fights one more round is never whipped.”

Countless players, at Home Park and wherever John has worked, have benefited from those stirring words. Former Pilgrim goalkeeper Jake Cole even has them tattooed on his body.

John is now hoping that they will inspire the current Argyle side to a victory over Scunthorpe as they seek to secure their League One status on the final day of the season.

“It is One More Round time,” said John.

“They are not dead and buried – they are still alive, and they just need to go one more round.

“If they flipped it around and had to beat Scunthorpe to win promotion, there would be no fear factor; they would be buzzing.

“The difference is the position, not the opposition – it’s still Scunthorpe – so they do not need to have any fear. It doesn’t matter if they make mistakes – there will be mistakes – but it is how they recover from those mistakes.

“They have to have the desire to go one more round, and that desire comes from within. Forget all the huddles and hugging each other – it’s down to each player as an individual.

“The crowd needs to get behind them from the off, too. They can play a massive part.”

John currently works for Oldham Athletic but keeps more than half an eye of happening at Home Park, and is regularly in touch with other former Pilgrims.

He said: “I’ve spoken with Neal Trotman, Guy Branston, Luke McCormick and Jake Cole recently and we all agree that Plymouth is one of the best clubs that we have ever been at.

“It is a great city, a great club, and we loved our time there.”