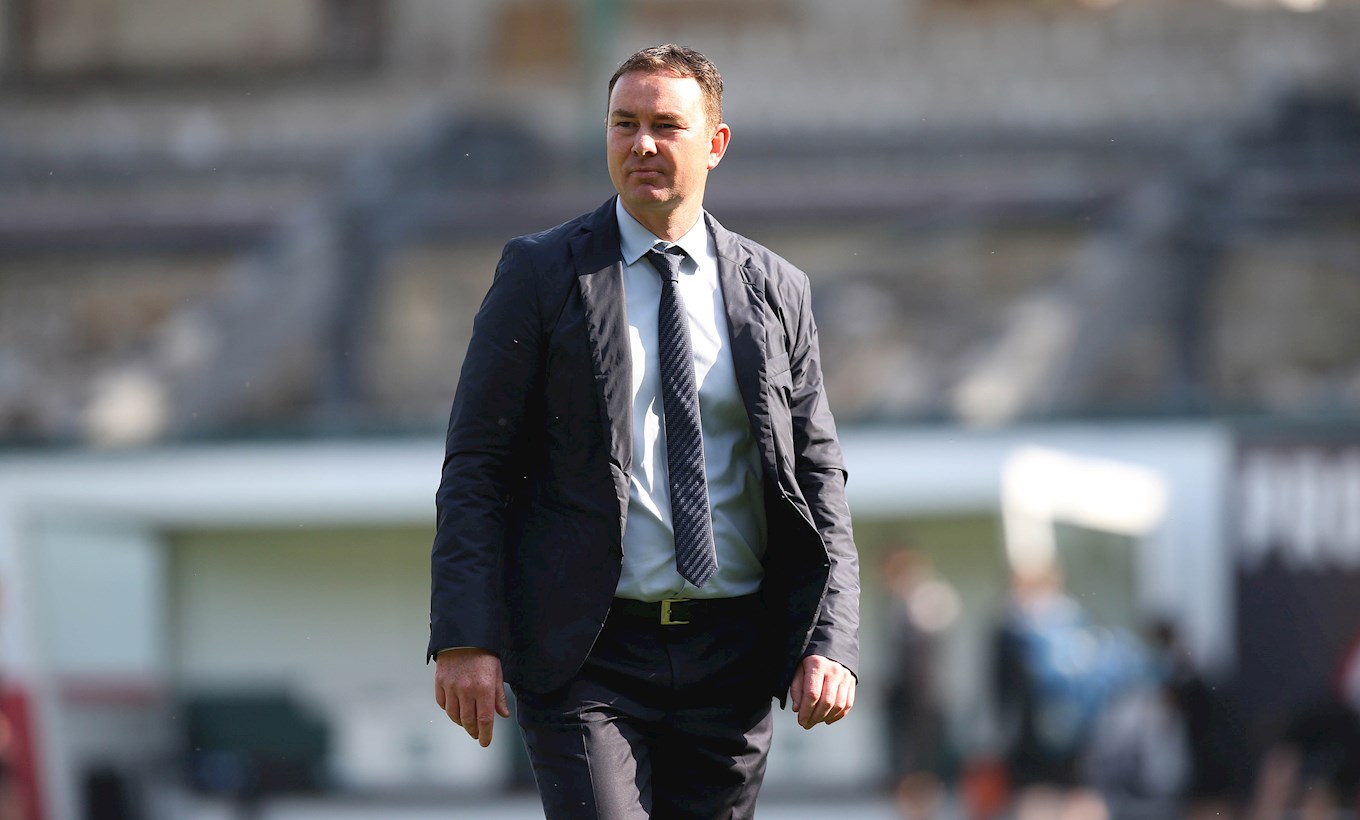 Only a Win Will Do

MANAGER Derek Adams has made it clear, in no uncertain terms, that only a win will do as Argyle travel to Accrington on the weekend.

“We’ve got to go there and win the game, it’s a cup final for us on Saturday,” said Derek. “It’s pivotal for our season. The reason that’s happened is that we’ve not picked up enough points and enough wins in recent times.”

A recent slump in form has left the Greens with work to do to secure their Sky Bet League One status for another season, and the Pilgrims sit one position and one point above the line. Despite the pressure, the case remains the same: it is still in Argyle’s hands. Every player will know going into the clash at the Wham Stadium that they need not rely on other fixtures to ensure safety – so long as they win.

“We’ve got no choice, we have to win the game,” said Derek. “We have to put ourselves on that 50-point mark after Saturday night. If we don’t do that, we have to go the last game of the season, and that’s something that we don’t want to do. We want to get on to that mark where we can say that, if the other results go in our favour, we’re safe.”

That is easier said that done, of course, with rivals Scunthorpe facing bottom-side Bradford, who are already relegated, at home. The Greens will clash with Scunthorpe at Home Park on the final day of the season, and Derek wants to ensure that they begin that game, and end it, sitting above the line.

“We’re looking to win the game, and we’re hopeful that the results elsewhere go in our favour,” said Derek. “We understand that Scunthorpe are at home to Bradford, and I would say that Scunthorpe win that game because of Bradford’s predicament, so we’ll have to win against Accrington.”

It is far more than a two-team shoot-out, though, and other sides, like Southend, currently above Argyle on goal-difference, and Wimbledon, who snaffled the unlikeliest of draws with the last kick of the game away at table-topping Luton on Tuesday, are still in the mix. Accrington, however, eased their own concerns by securing an away win at play-off placed Doncaster earlier in the week, moving them to 51 points.

“They [Accrington] obviously feel that they’re safe at this moment in time,” said Derek. “They’ve done well to get to 51 points, and we have to get to that 50-point mark that we’ve all been trying to get to for a number of weeks now. It’s a hugely important game for us this Saturday.

“We want to be above Southend by Saturday evening as well, which allows us to open up the points gap between ourselves, Southend, Scunthorpe and Wimbledon, and we’re hopeful we get a positive outcome.”

One thing Derek and his players can be sure of is a large and vocal away following in Lancashire, which could prove to make a massive difference at one of the smallest venues in League One.

“We had 10,900 here last week against Barnsley, a fantastic following,” said Derek. “They’ve supported us throughout the season, they’ll come to Accrington, be in full voice, and they’ll be supporting the players to get that victory.”