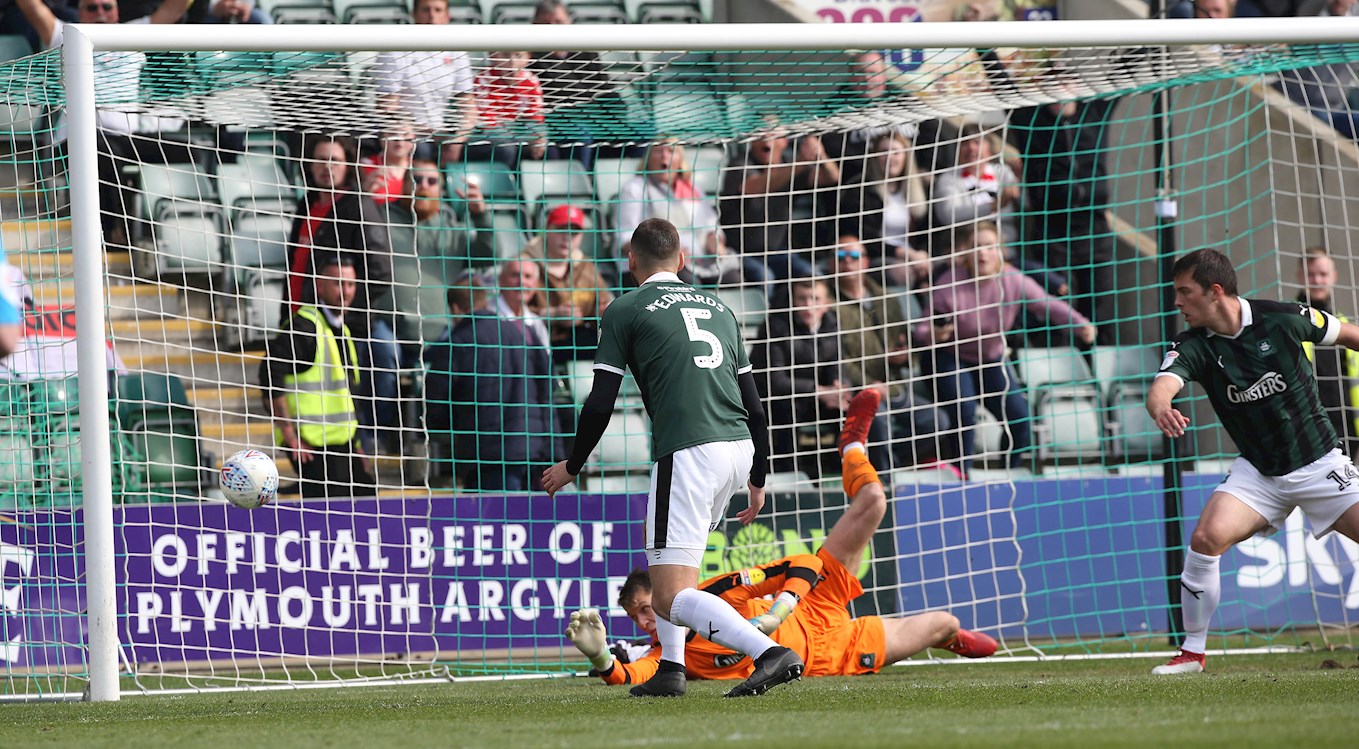 ARGYLE manager Derek Adams was left disappointed a bright first-half display ultimately meant nothing, as Charlton Athletic, with goals either side of half-time, took the spoils at Home Park in Sky Bet League One.

“I thought we were very good in the first and we looked like the team in the play-off position,” said Derek. “For 45 minutes it was excellent. We took the game to them, stopped them playing out from the back and created a load of opportunities.”

The turning point in Saturday’s match was when the Pilgrim pressure seemed to have paid off after Ruben Lameiras was felled in the area, but Graham Carey’s spot kick was saved.

No sooner had the penalty been taken, Lyle Taylor had the ball in the net at the other end and Derek believes the players must front-up when mistakes are made

“He did try to go down the middle. I think the goalkeeper maybe guessed correctly and got a leg on it to keep it out the net.

With the second period minutes old, our South London visitors were two ahead, thanks to a goal from Igor Vetokele, and from then on, Charlton managed the game well.

“We have got to chase the game after that, we are 2-0 down,” said Derek. “We didn’t really look like it [scoring] in the second half, even when we had all the attacking players on, we just couldn’t find a way through.

“The whole stadium went flat at 2-0, Charlton took the sting out of the game, they sat back, as you do at that stage in the game. They killed the game, kept the ball, and were happy to have the 2-0 advantage.”