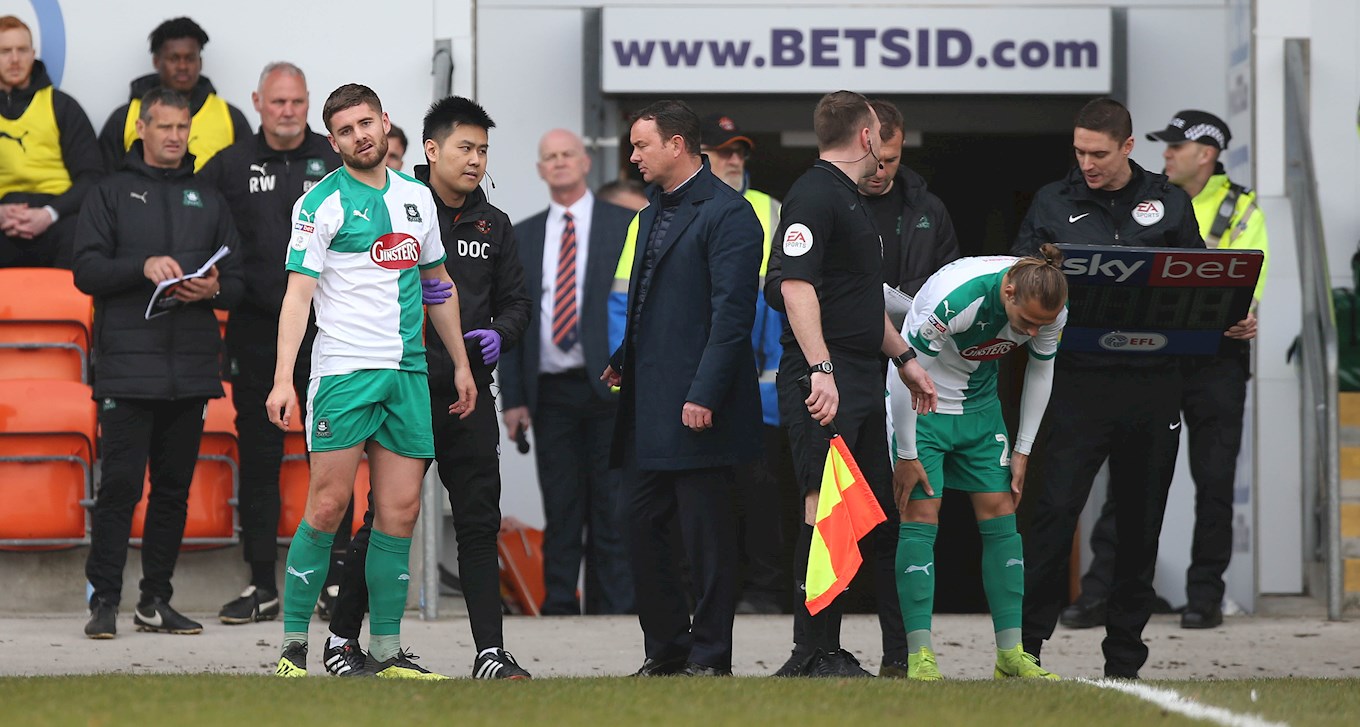 ARGYLE will have to complete their 2018-19 Sky Bet League One campaign without defender Joe Riley.

The 27-year-old right-back broke his arm in the opening stages of the Pilgrims’ 2-2 draw at Blackpool on Saturday after receiving a kick to it.

Joe taken to hospital immediately, where x-rays showed the extent of the injury, before returning to Bloomfield Road before full-time.

Manager Derek Adams said: “We told him to go away and get checked right away so that we knew the extent of the injury. He’s going to get it in plaster; he might possibly need to get an operation on it depending on how the consultant sees the break.

“He’s definitely out for the rest of the season. There’s nothing much you can do – you get a kick on the arm and you break a bone. He wanted to stay on but [Blackpool’s] doctor, who I think is a consultant at the hospital, was quite right when he said: ‘No, you have to come off because I fear this is the situation’.”

Joe was substituted by former Bolton Wanderers club-match Oscar Threlkeld, and Derek said: “He fitted in well to the team.

“We have got good cover in that area. We have got Tafari Moore; Oscar Threlkeld, who came in today; Gary Sawyer can play there; and Ashley Smith-Brown can play there. We are okay, but we don’t want to be losing a player at this stage of the season.

“We are a player down going in to the run-in. We would all like to have a fully fit squad.”

The Pilgrims will also wait on a fitness report from midfielders Antoni Sarcevic, who was substituted in the second half after taking a kick on his foot, and Jamie Ness, who needed his head bandaged after sustaining a cut during the first half.