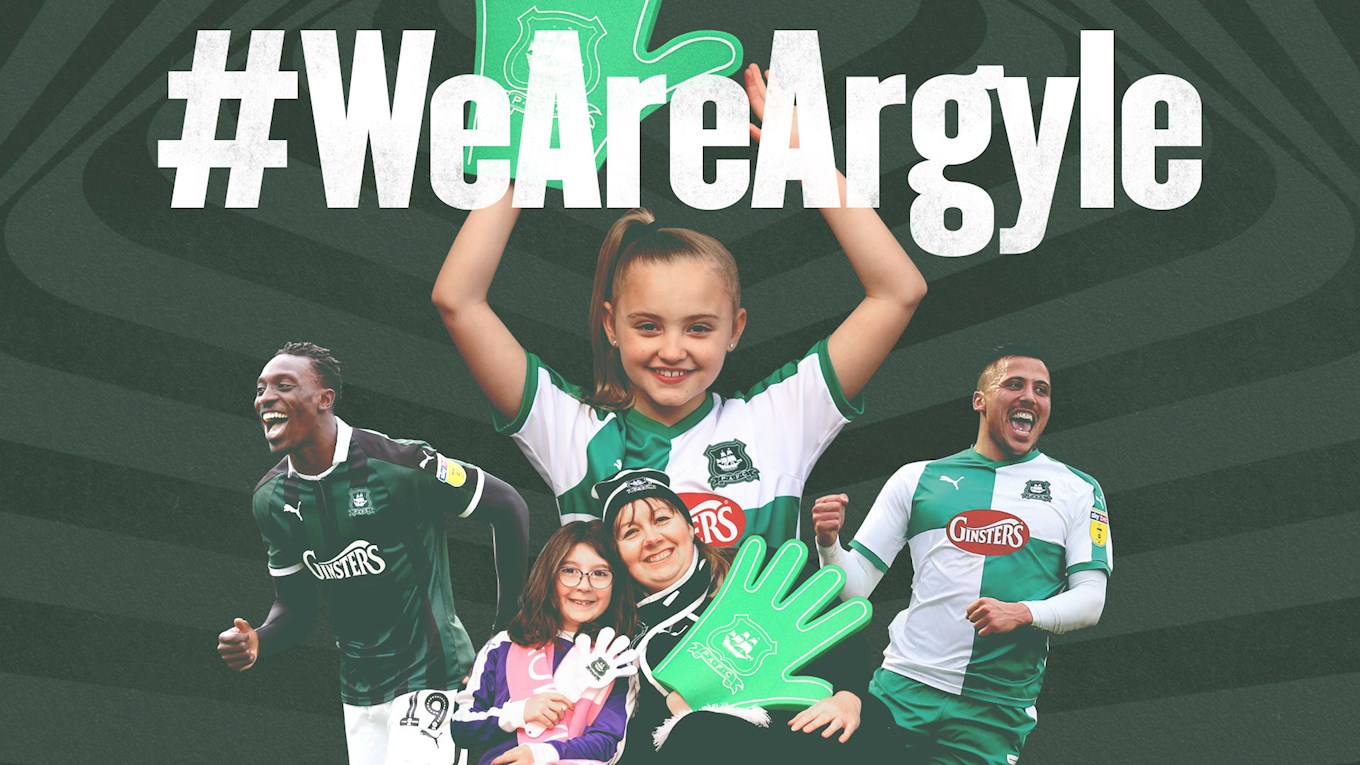 THE future, present and past are all reflected in Plymouth Argyle's Season-Ticket prices for the 2019-20 season.

With Home Park undergoing a radical facelift, the next generation of the Green Army will be able to see every Sky Bet League game at the Theatre of Greens for just £10 for the entire season, if they are under eight years old and accompanied by an adult. The Pilgrims have also introduced a new, heavily reduced, Under-12 age category.

At the other end of the scale, the most expensive season-ticket – the full adult ticket – still comes in at less than £400 for the entire season if bought at the Early-Bird price, a saving of approaching £6 per game at match-day prices. There are concessionary prices for over 65s, Under 23s and Under 18s.

Season-Tickets are now on sale, with supporters able to pick up their brand new Season Card on the spot from the Home Park Ticket Office, or collect it or have it mailed out within 48 hours of ordering on line or by ’phone. The Season Card will also be renewable for future seasons.

As usual, a season-ticket represents the cheapest way of supporting Argyle at Home Park in 2019-20 – with even more savings to be made by taking advantage of our Early-Bird prices, which run from Thursday, April 4 to Tuesday, May 14.

There are similar savings to be made on concessionary season-tickets, with an Under-18 Season-Ticket coming in at £4.17 per game against a £9 match-day price, and under 23s saving £5 per game (£13, instead of £18).

As usual, we are also again offering our friends in the serving Armed Forces a concessionary season-ticket.

Of course, season-ticket holders receive a whole lot more than just admission to a game. The package includes: priority on cup ticketing; priority on away ticketing; discount in the Argyle Superstore, including 10% off purchases of more than £100 and 5% off purchases of more than £20; a reserved seat for home cup matches; booking fee to move seat is waived if buying additional tickets (usual ticket-booking fees will apply to the additional tickets); free entry to Home Park for selected non first-team matches; and exclusive match-ticket offers for family and friends.

*Under 8 Ticket Price is valid only when bought with a full Adult, Senior or Under-23 Season-Ticket.

Season Cards will be available to collect in person with no postage or booking fees. Season-Tickets purchased over the 'phone or online can be sent by first-class post for £2.50 or first-class recorded delivery for £3.50.

All Season Cards MUST be collected prior to the first home game of the season.

Ticket prices apply to the Devonport end and Lyndhurst Road side of Home Park, blocks 1-15. Supporters who migrated from the Mayflower Grandstand at the beginning of this season should renew their existing seat and, before the new grandstand opens next season, the club will fulfil its promise to relocate them to the area in the stand where they moved from.

An announcement on how supporters can spread the cost of a season-ticket through an instalment plan have been affected by the unexpected difficulties being faced by partners Zebra Finance, who work with many football clubs on similar options. Argyle are working on alternatives and are very hopeful of being able to provide details of a payment plan in the near future.

Supporters will also be able to buy a six-game Flexi-Ticket for next season. Details will be announced after the closure of the Early-Bird period.

Also on sale are the 1886 Memberships for 2019-20, with membership packs scheduled to be sent out before the opening game of the season on August 3.

Argyle operate a free Personal Assistant ticket scheme for which supporters are eligible if they can supply either: the front page of their Disability Living Allowance or Personal Independence Payment (Higher/Enhanced Rate); or evidence that they are registered severely sight-impaired.

Supporters who do not have any of the above evidence but wish to apply for access provisions, should engage with the club Nikki.Francis@pafc.co.uk and are welcome to post or email copies of any additional evidence supporting an application. Applications will be judged on a case-by-case basis.

All supporters wishing to purchase Wheelchair-User Ticket, or apply for a PA ticket, will need to prove their eligibility to the Ticket Office.

May 20: Flexi-Ticket goes on Sale

June 2: Last chance to renew and keep your seats

In Person at the Home Park Ticket Office – and pick the new Season Card up at the same time;

Anyone falling into any of the above categories should log on to their account using the email address that they provided when they signed up. From there, they can update their preferences.

Supporters should not create a new account as it will give them a new membership number which will not link with the information that they have previously provided.

The only supporters who need to create a new account are those who have not bought a ticket.

Anyone who has problems with an existing online account, or would like guidance on registering a new one, should email the club at tickets@pafc.co.uk or call 01752 907700.