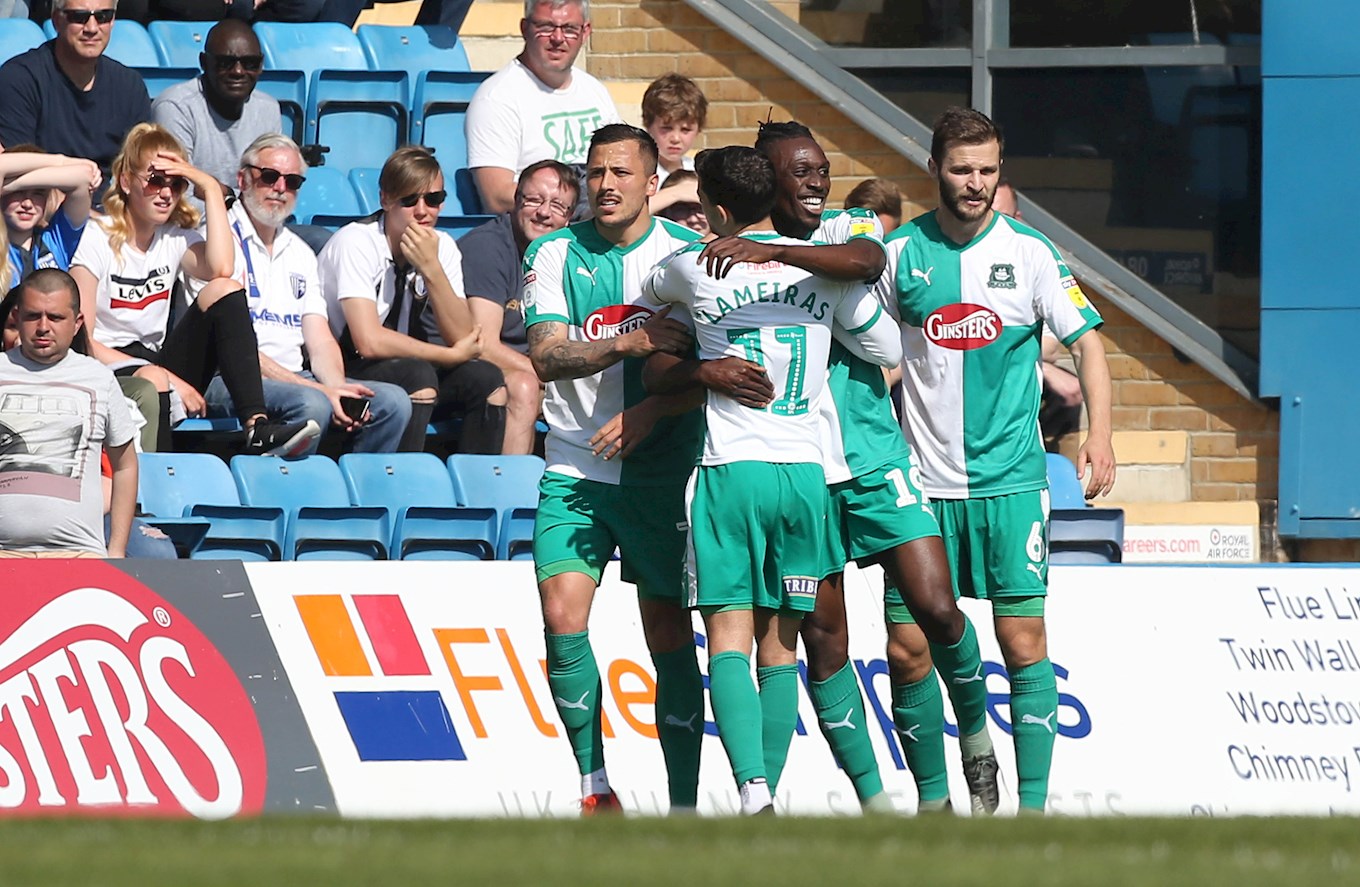 ARGYLE manager Derek Adams has called upon less regular goal-scorers to chip in as the Pilgrims face their final three Sky Bet League One games.

Top scorer Freddie Ladapo netted his 18th goal of a career-best campaign in the first-half of Argyle’s 3-1 defeat at Gillingham on Friday, but the gaffer wants to see other players sharing the burden of goalscoring responsibility in the run in.

The Pilgrims spurned a couple of notable chances in Kent on Good Friday, both at crucial times in the match. While Argyle led 1-0, Ryan Edwards drove over from eight yards, having done the hard work in turning his marker inside the box. On 75 minutes, midfielder Sarcevic cushioned a glorious opportunity wide from the penalty spot, having been picked out by Ruben Lameiras’ pinpoint pass.

One tactical change Derek has all-but ruled out in the search for goals, though, is partnering Ryan Taylor and Ladapo together, citing their incompatibility in previous attempts this season.

“You’ve seen it, we’ve tried it so many times and it hasn’t worked for us,” said Derek. “They play as individuals, they don’t play as a two. When you have a two up front, you have to have a chemistry, and those two don’t have a chemistry to play together.”