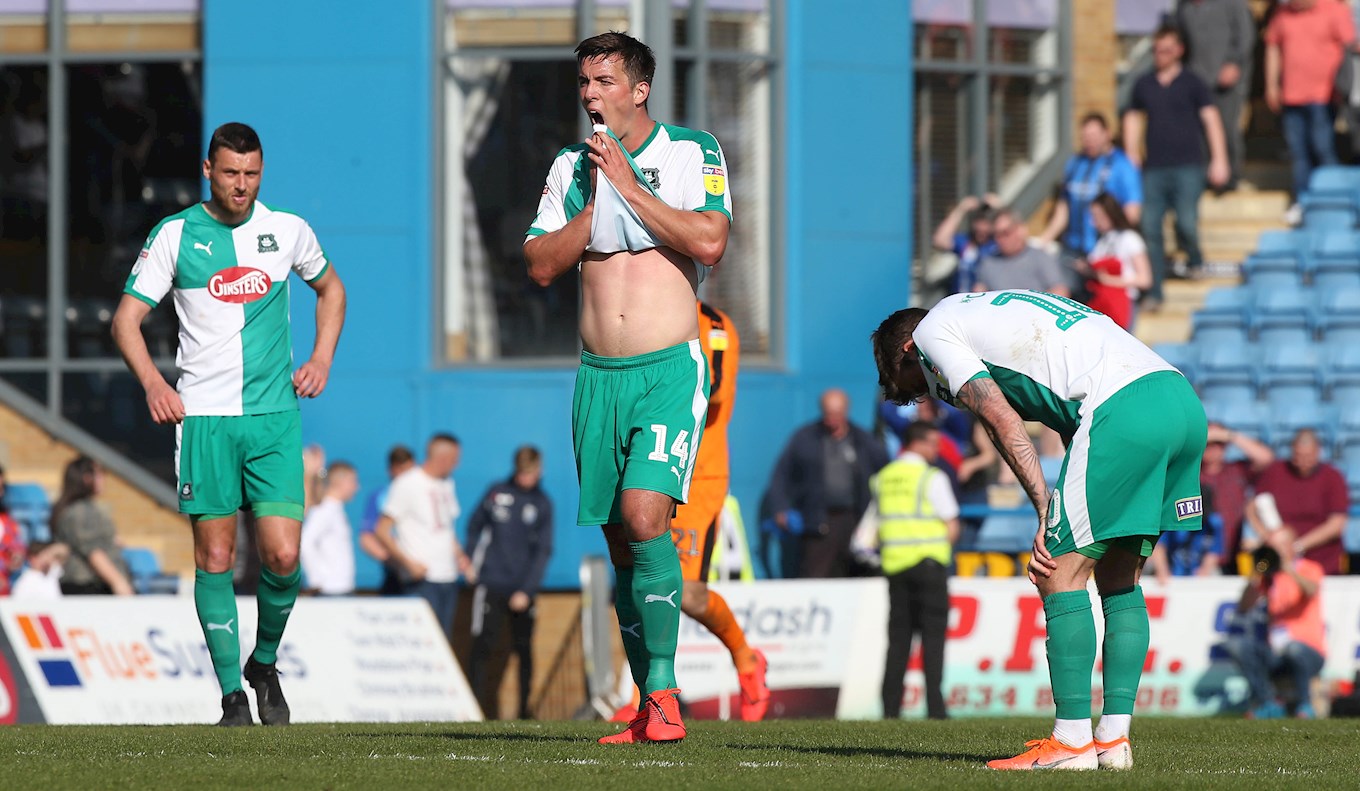 Stand Up and Be Counted

ARGYLE manager Derek Adams feels that it’s time for his players to stand up and be counted as the Pilgrims head into the final three Sky Bet League One fixtures.

The Greens surrendered a half-time lead at GIllingham to lose 3-1 and, as a result, find themselves just two points clear of the relegation trap-door.

“We have to be more clinical and we have to defend better,” said Derek. “It’s not something that you can work on in that short space of time. The players have to take responsibility because they’re in the situation where they’ve got to believe that they can keep a clean sheet and get those goals.”

Argyle’s inability to hold on to their lead in Kent on Good Friday has become another chapter in an all-too-familiar story, in which the Greens’ dominance in games has failed to yield results. It is a frustration shared by Derek, fans and players alike.

“Our players have to take huge responsibility in the game, because it’s their livelihoods they’re looking after, and also the livelihoods of other members of staff as well,” said Derek.

“The supporters are the ones that have travelled here today in very good numbers, and we thank them for that.

“It’s their responsibility, solely. I told them in there, and I told them last week, they’ve got to get themselves sorted out for the final three games of the season, because there’s a lot at stake.

“We’ve got to get ourselves the points required to get in a better position. We’ve had that opportunity so many times, and we’ve failed to capitalise on them.

“We have got to put on a very good performance on Monday [at home to Barnsley], and get a win, to enable us to be in a much better position on the night.”