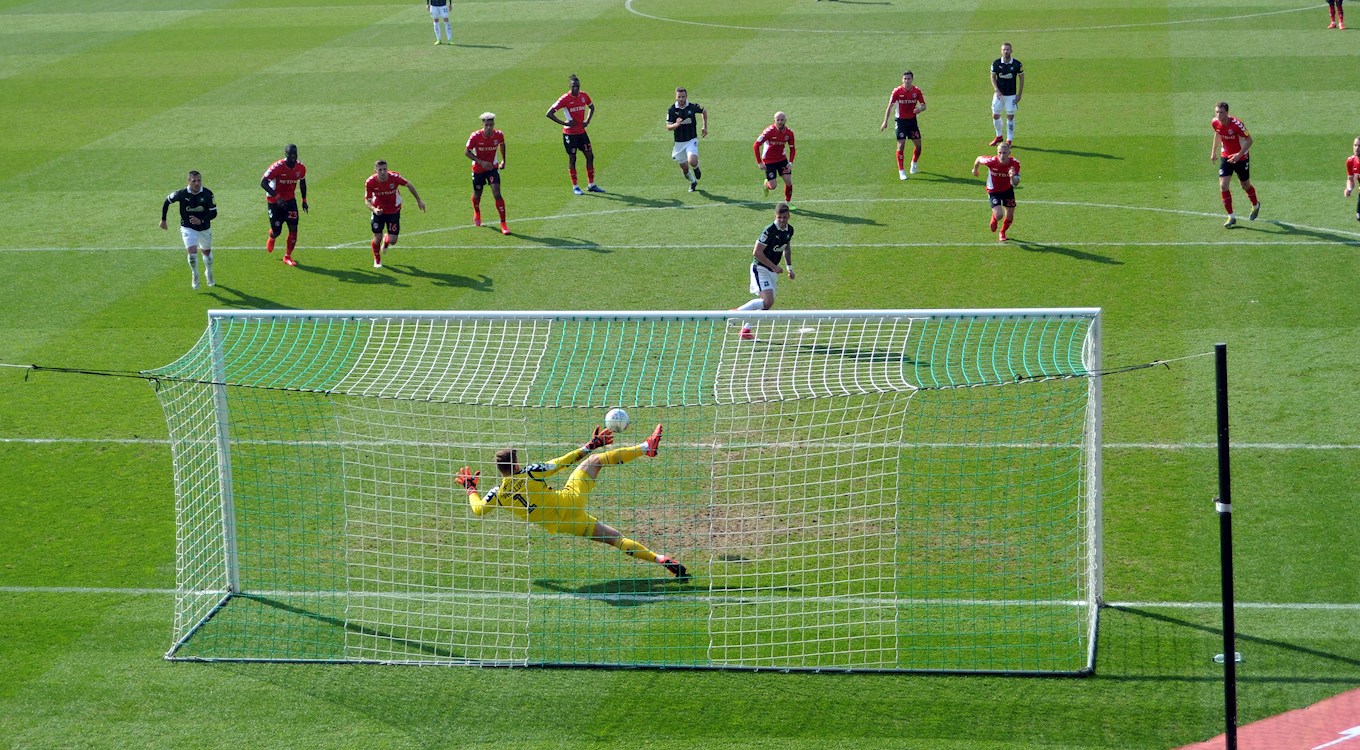 The Points We Need

DESPITE seeing Graham Carey miss a penalty in the 39th minute against Charlton on Saturday, Argyle skipper Gary Sawyer would put his house on the Irishman taking, and scoring, the next one.

The penalty came at a critical spell in the game, with Argyle in the ascendancy against an Addicks defence that were struggling to contain the Pilgrims’ creative outlets. As it happened, Carey’s spot-kick was parried to safety by Charlton ‘keeper Dillon Phillips, and two minutes later, the visitors took the lead with their first meaningful attack of the game.

“Arguably, for 45 minutes, it’s the best we’ve been. I think we had enough chances, it’s unfortunate with the penalty miss,” said Sawyer, “but with G, you put your hat on him. He always steps up to take it, so you can never put blame on someone for missing them, it takes real guts to take it.

“He’s got a great attitude towards stuff like that. It’ll hurt him, as it would when you miss a penalty. He’s got steel in him in that regard, and he’ll step up and take another one, no problem.”

It’s not just Carey’s mentality that gives Sawyer confidence for the Sky Bet League One run-in, though, and he believes his colleagues are equipped with the mental resilience, as well as the technical skill, required to consolidate their position in English football’s third tier.

“It’s a mentality thing, and we’ve got a strong mental group in there,” said Argyle’s club captain. “Everyone’s going to be disappointed, rightly so, you’re probably not in the right job if you’re not disappointed with what happened today. We’ll go back, reflect on that, today and tomorrow, get it out of our system, and then all the boys will put their boots on ready to go on Monday.”

Despite the disappointing defeat, results in an ever-tightening relegation battle did not go too badly for the Greens, who remain four points clear of the drop zone. Given where they were at the turn of the year, Gaz astutely reminds us, there is no reason to panic.

“One win takes you to the fifty-point-mark, which is going to be quite hard to get for some of the teams down there,” said Sawyer. “The sooner we can get that, the sooner we can move past that. That’s the aim, to get the win in the bag as soon as possible, and then see how many points we can get before the end of the season.”

“The lowest point of the season for me was Boxing Day, losing to Wimbledon and being bottom of the league after that. That, for me, was when you knew you were in a real fight and you needed to do something to get out of it.

“We’ve done that – if you gave me the option of being in the situation we are in now, then, I’d have snapped anyone’s hand off. We’ve got more than enough ability in that dressing room to get the points we need.

“We’ve been in this situation all season, pretty much. Worse off than we are now. It’s been a battle from start to finish, and we’re going to carry on going, as we have done all season. We’ve got five games left, five cup finals, to carry on going and get the points we need.”