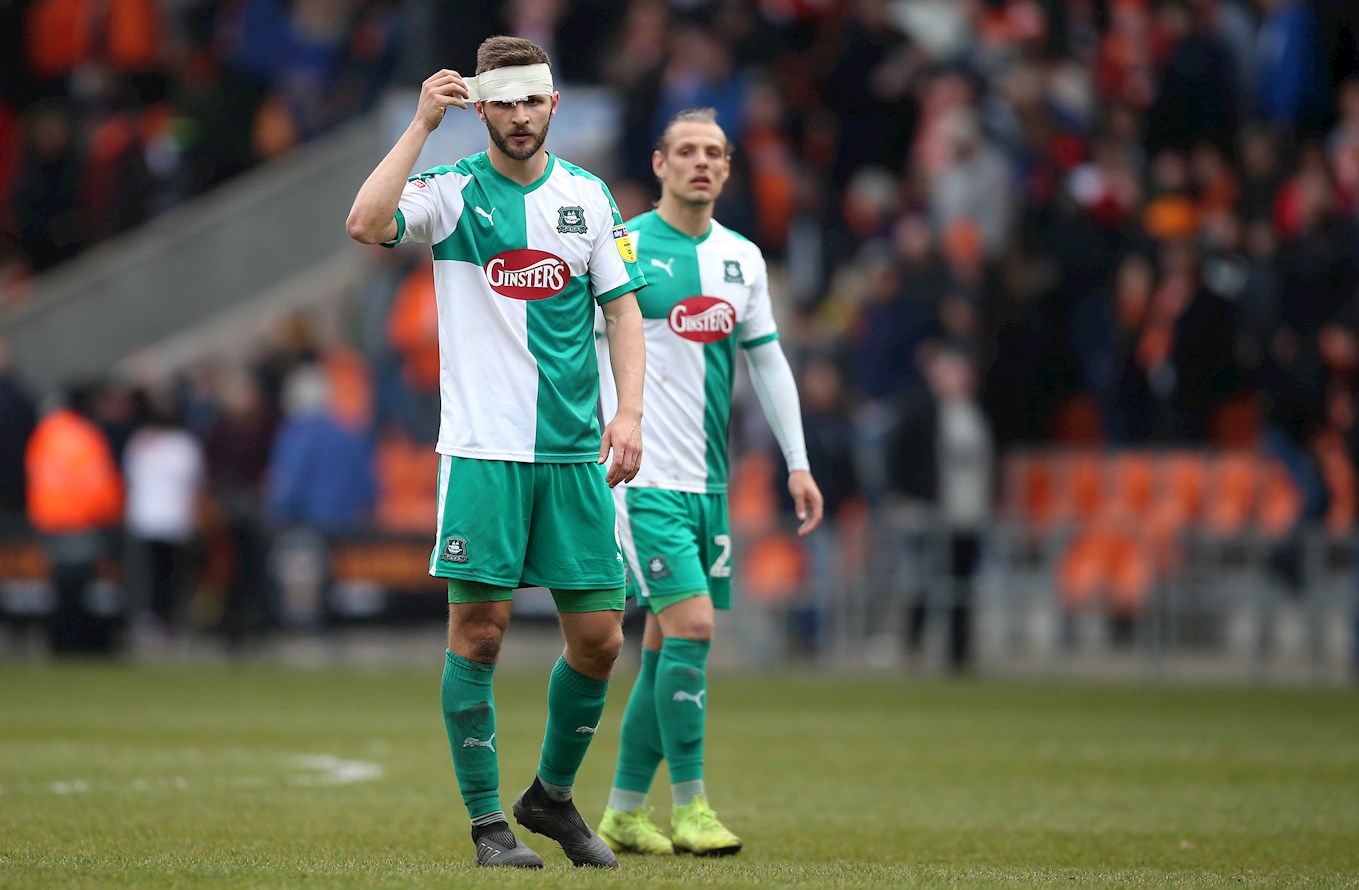 A LONG and heavy season is beginning to take its toll on Argyle’s first-team squad, and a number of players are nursing niggles and knocks as the Greens approach their final six Sky Bet League One fixtures of the campaign.

The trip to Blackpool last weekend was painful for a number of reasons, not least because Argyle succumbed to a last-minute equaliser, but also because several players suffered injuries. The worst of the misfortune was sustained by Joe Riley, who will miss the rest of the season through a broken elbow, having been kicked during an aerial duel with Pool striker Armand Gnanduillet.

“It’s difficult for Joe,” said manager Derek Adams. “To get the blow to the arm as he did, it was innocuous at the time, going up for a header and picking up that injury. He’s had an operation on his elbow and he’s going to be in plaster for four-to-six weeks.”

In slightly better news, the head-bandaged Jamie Ness, who had to receive stitches in his head at half-time in Lancashire, suffered no ill-effects and will be fit to face Charlton on Saturday, while Antoni Sarcevic, who left the pitch after an hour at Blackpool due to a foot injury, returned to training on Thursday, which gives Derek some hope that the attacking midfielder will remain in the squad for the weekend’s action.

There are two squad members still sharing physio Paul Atkinson’s treatment table, and they also share a surname. Of the Grants, it is Conor, rather than Joel, who is most likely to taste Sky Bet League One action again before the campaign comes to a close.

“We’ve also got Joel and Conor Grant out, but if anyone’s going to take part before the end of the season, it’s Conor, who should be back earlier than Joel,” said Derek.

“He had a thigh injury, but he should be back before the end of the season.”