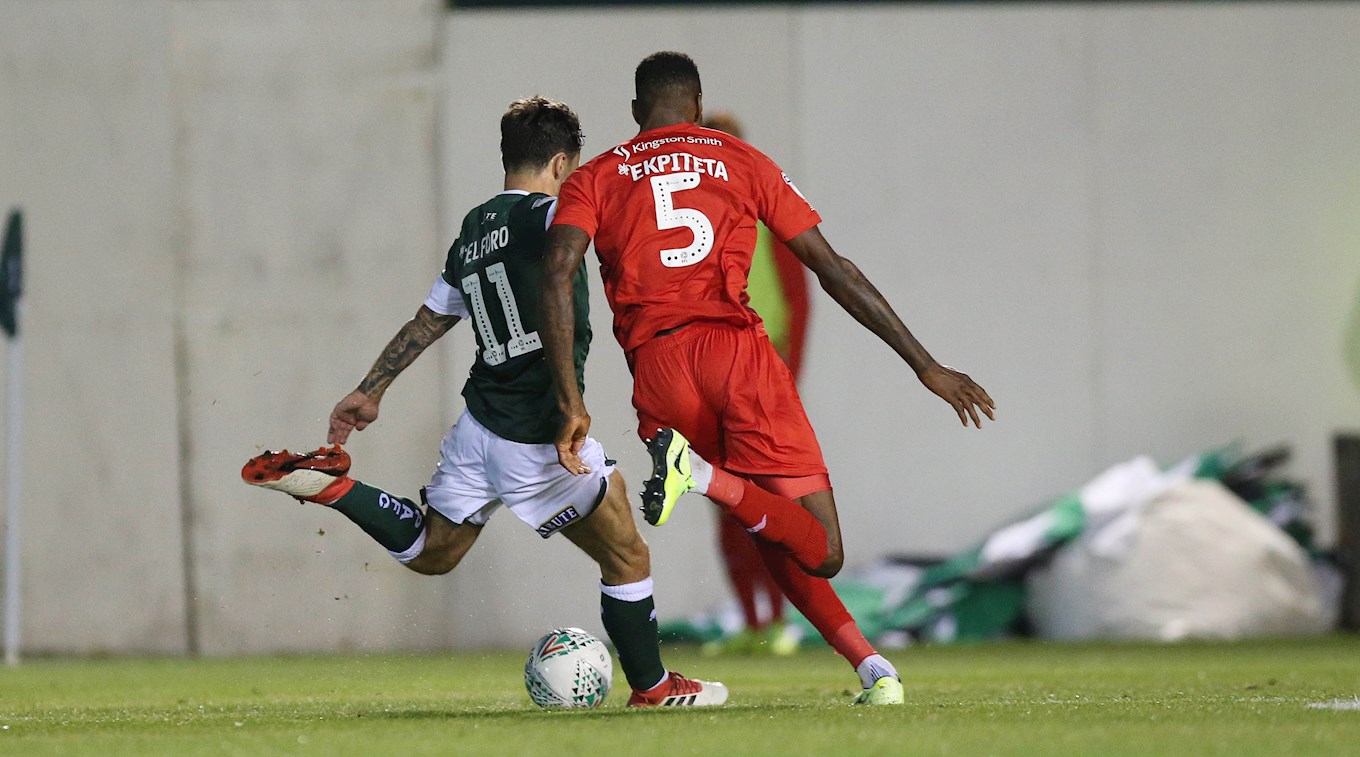 ARGYLE striker Dom Telford has vowed to his manager that he will bag 20 or more goals in his debut season at Home Park.

That pledge came following our 2-0 Carabao Cup win over Leyton Orient, in which he netted his first Argyle goal at the Devonport end, two minutes after Callum McFazean had given us the lead at Home Park. He seized on a lose ball and fired clinically beyond goalkeeper Dean Brill via the post.

“I told the gaffer I’ll get twenty [goals],” said Dom on Tuesday evening.“ I’ll have to live up to that. Personally, I’ll crack on and score as many as I can.”

Our number 11 revealed he sets himself monthly targets to keep improving and to keep finding the net, which is all part of “visual” plan.

“I wont put a limit on it but I set targets each month,” said the striker. “I’m quite visual with what I want to achieve. I believe, if I’m dong my job, then it’ll help the team get to where we want to get to.