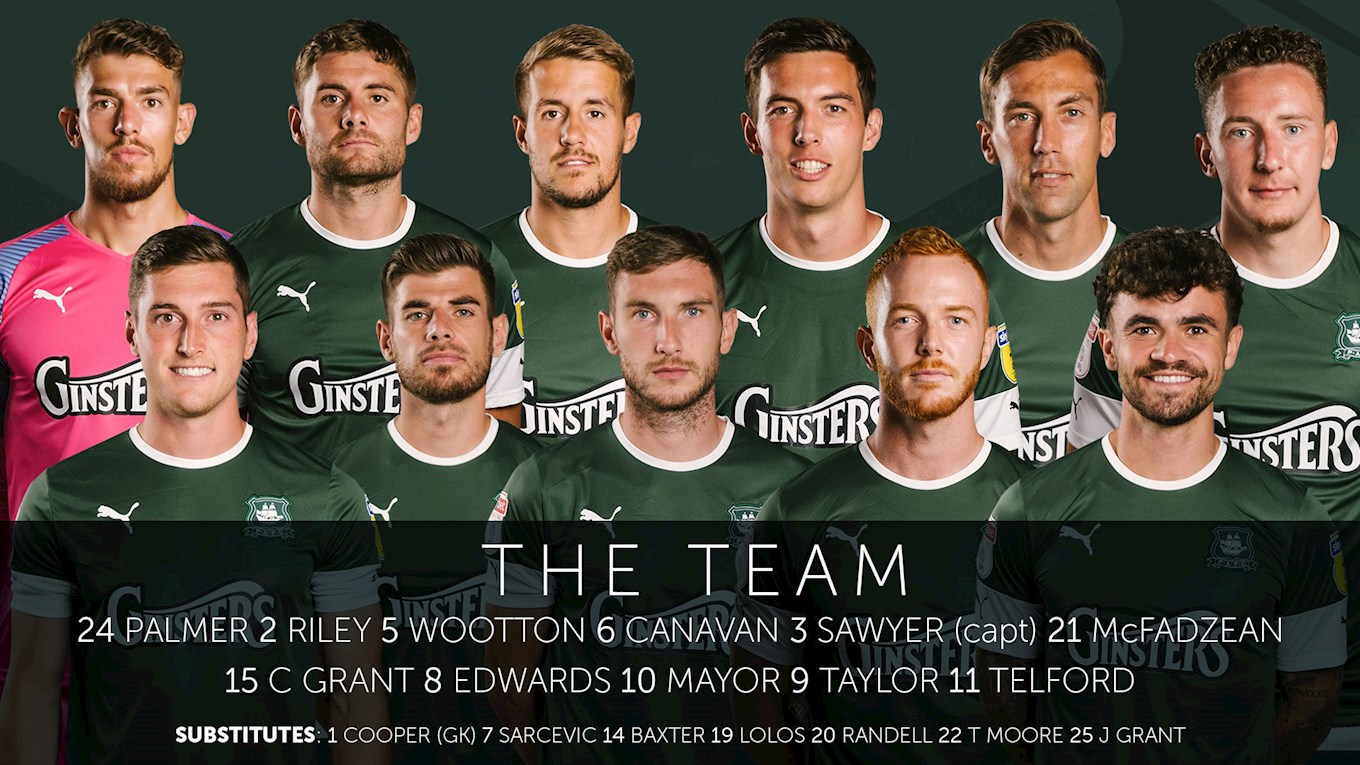 Conor came into the midfield in place of Antoni Sarcevic as the only change to the starting line-up that had suffered a first Sky Bet League Two defeat of the season at Newport County three days earlier.

The attack again comprised Ryan Taylor and Dom Telford, with neither Byron Moore nor Joel Grant available for selection. Klaidi Lolos, who made his league debut as a substitute at Newport, was again on the bench.

Salford's squad included former Argyle goalkeeper Kyle Letheren, but there was no place in the match-day party for another ex-Pilgrim, Oscar Threlkeld.