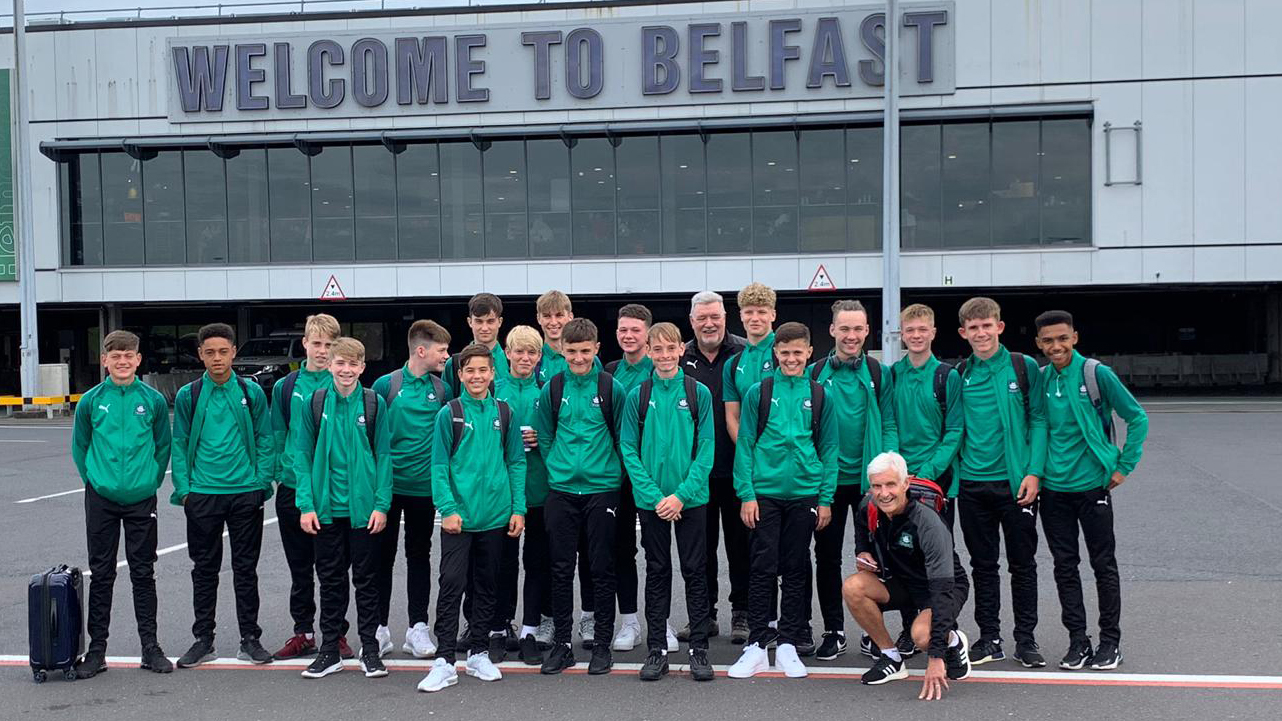 THREE games in as many days proved to be a little bit too much for Argyle's youngsters who looked a little jaded against their skilful, and pacey, opponents in this final group game from the Northern Ireland Super Cup.

Argyle were a goal down after just 68 seconds and, although they improved in the second half, the young Gunners caught them pushing forward to grab a second in the third minute of stoppage time.

Academy coach Lee Britchford was of a similar opinion when he said: "We were a bit off the pace in the first half as Arsenal started more brightly and looked fresher than us.

"We came out for the second half and were a different side. A few decisions and chances did not go our way but we could not have asked for more from the players who gave everything. They did the club proud against an Academy One side, who were the better team on the day."

Arsenal started at a gallop but it was a defensive mix-up that left striker Ronnie Stutters with an open goal to fire the ball into the roof of the net in their very first attack.

The young Pilgrims were indebted to goalkeeper James Morley as he dived bravely at the feet of Omari Benjamin to block his drive with his legs.

Argyle looked to have a good shout for a penalty as Massey appeared to be bundled off the ball by two defenders when he burst into the area but his appeals were ignored by the referee.

The half ended with Ryan Downing receiving the ball on the edge of the area, only to shoot straight at goalkeeper Pedro Virginia.

The Argyle coaches made another substitution for the start of the second period, which began with Massey pulled down as he threatened to break free and Arsenal defender Tino Quamia was lucky to escape with just a yellow card.

Arsenal came back with Morley denying Jimi Gower before Oscar Hall's brilliant tackle robbed Stutter as he shaped to shoot home. Will Jenkins-Davies shot his 25 yard effort fly over the bar and full-back Harvey Taylor's 20 yard angled effort was saved by Virginia.

With Argyle pushing forward there were always going to be gaps at the back and Arsenal made the most of the situation as Bradley Ibrahim shot home from close range in the third minute of time added on to give the final scoreline an unkind look for Argyle.

"The boys have been brilliant all weekend and a pleasure to work with,” said Britchford. “Ultimately, we have to forget about today because we have another competition to win now.”

On returning to the hotel, Argyle found out that for the second year running they will be in the Vase competition, facing Dundee United at Broughshane with a 2.30pm kick-off.

The other semi-final will be between Leeds United and O'Higgins and it would be ironic if they meet the Chileans in the final after beating them in the group matches.