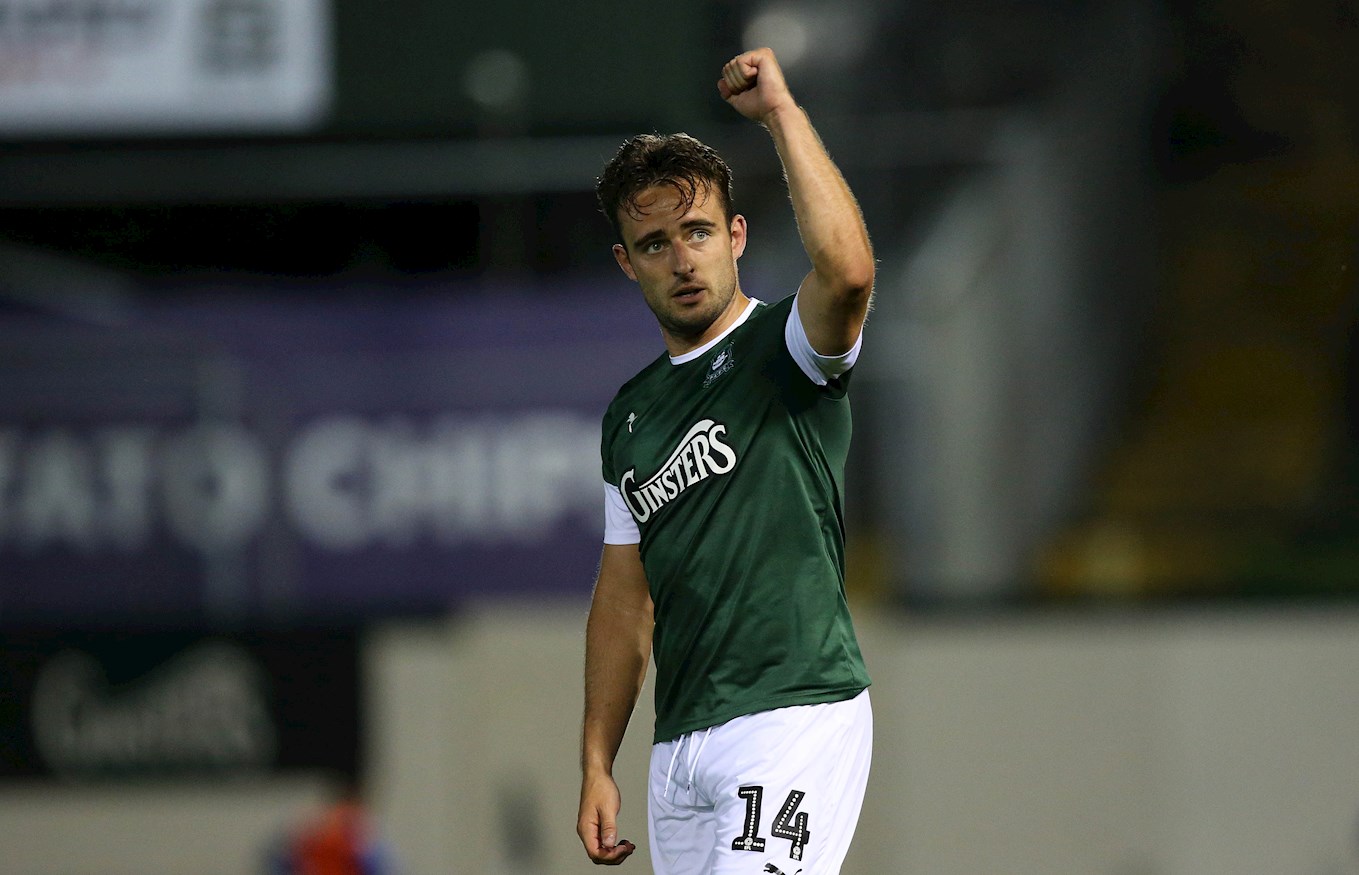 JOSE Baxter marked his first Argyle start with a peach of strike in front of the Devonport end with manager Ryan Lowe convinced the best is yet to come from the former Premier League starlet.

Jose joined the Pilgrims towards the end of pre-season and is still playing catch-up with most of his team-mates regarding match-fitness levels.

With six successive substitutes appearances before Tuesday night’s Carabao Cup second-round tie against Reading, Joes marked his full debut with a superb second-half strike that put the Pilgrims 2-1 up before a late rally from the Championship visitors knocked Argyle out of the competition by a flattering 4-2 score.

Ryan said: “He’s been chomping at the bit, Jose. He obviously wasn’t fit when he first came, so we’ve had to double sessions and triple sessions at times and on his days off he’s been working hard.”

Those sessions with Head of Fitness & Conditioning John Lucas are starting to pay dividends and Jose played two-thirds of the game against Reading before giving way to Conor Grant.

Ryan said: “He’s been put on a plan with John to make sure he can get to that standard but at 60-odd minutes, you’re thinking he’s done enough; he’s potentially nearly scored the winner.

“He was fantastic. His football brain is unbelievable and that’s what he gives you. He was disappointed not to score in the first half, when he’s bounced one over the bar, so possibly he could have had three because he had that one and one that’s just gone wide of the post.

“We know his talents, we know his qualities. Once we get him 100% fit, he’s going to be something else.”