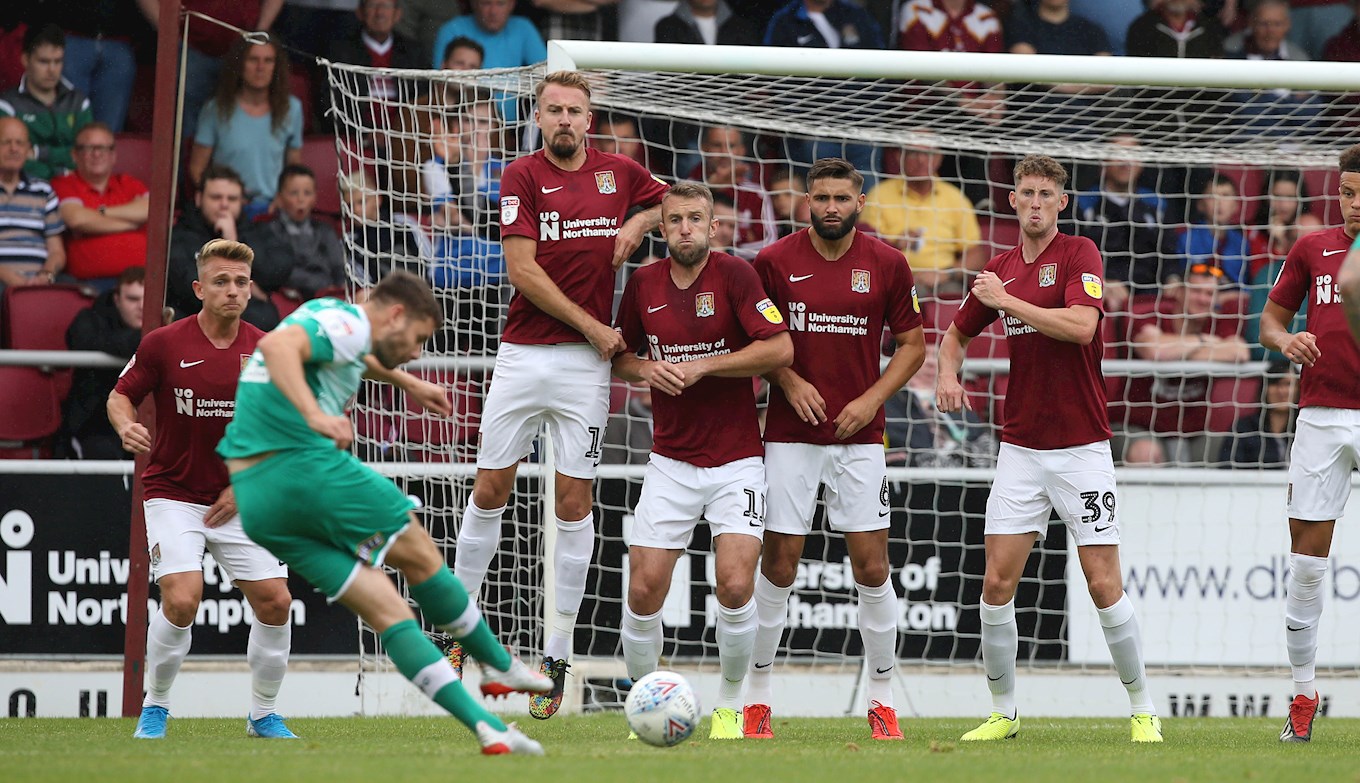 JOE Riley’s joy at scoring his first goal as a Pilgrim was quickly and completely overshadowed by a disappointing defeat at Northampton Town in Sky Bet League Two.

After falling behind to a dubious early penalty scored by Ryan Watson, Argyle responded with a swift leveller, as Riley cleverly steered a free-kick under the Northampton wall on 10 minutes.

It was a momentary highlight, however, as Andy Williams scored twice for Northampton to seal the win before half-time and an improved display after the break from Argyle was nowhere near enough to recover the deficit.

“We’re bitterly disappointed not to have taken anything from the game,” said Joe. “We’re gutted because we haven’t reached the same standards that we have done this season, or anywhere near that standard.

“We’ve got to go home, look at ourselves in the mirror and ask why we haven’t performed today. It was a better second half than first half, but the first half couldn’t have gone any worse to be brutally honest.

“We were nowhere near it, we had a go in the second half but when there are 1,200 fans here and we’re playing for a manager and staff like what we’ve got, we have to do more than have a go.”

The frustration at suffering a second loss of the campaign will take a while to heal, although Riley can at least say he is off the goalscoring mark for Argyle.

It was an ingenious strike and inspired by a replica goal he scored for previous club Shrewsbury, as Riley guided his shot under the jumping Northampton wall, thanks to a timely reminder from social media.

“It was spur of the moment,” he said. “I scored a goal for Shrewsbury a couple of years ago from a similar angle and it popped up on my Facebook yesterday.

“When we got the free-kick, I felt there was a good chance the wall might jump and it’s gone in, so good fortune with that one.”