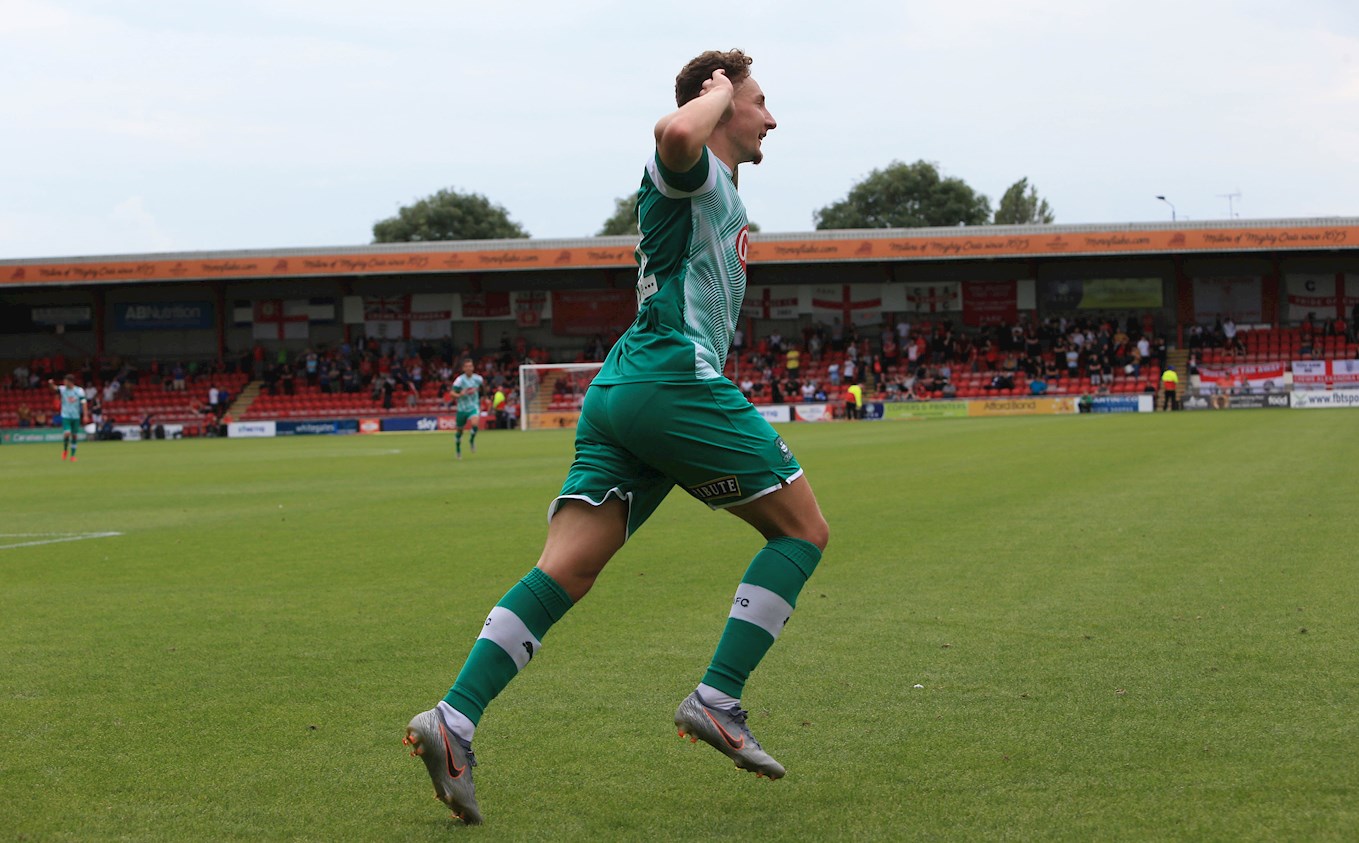 ‘Fadz’ top-and-tailed an emphatic 3-0 win at Crewe Alexandra on the opening day of the season, scoring after four minutes and then, after Joel Grant had doubled the Pilgrims’ advantage 16 minutes later, in second-half injury-time.

The 25-year-old’s win double was witnessed by nearly 1,700 travelling Argyle supporters whose first-to-last backing left him licking his lips in anticipation of the Pilgrims’ first home match of the campaign, against Colchester United.

“It’s class,” he said. “To come that far in their numbers is absolutely excellent and hopefully we can keep repaying them through the season.

“Thinking about it now, it’s actually frightening what numbers are going to be coming down next Saturday. I can’t wait for it now.

“When people say it, you don’t realise how big [the support] actually is until you get down to Argyle. As soon as I got here, I was blown away.”

Callum was one of six Pilgrims who made their debut for the club at the Alexandra Stadium after manager Ryan Lowe’s extensive rebuild during the summer.

He believes that the club’s eight new signings have integrated well with players who remained at Home Park after Argyle’s disappointing relegation the previous season, and that everyone has now united in purpose.

He said: “We want to pick the place back up and we feel, from pre-season to now, we’re going in the right direction. Keep working hard and stick together and hopefully it will be a good season.

“I think we’ve gelled well as people – they are all good lads – and that’s what the gaffer wants. Everyone wants to be there and everyone’s in it together.