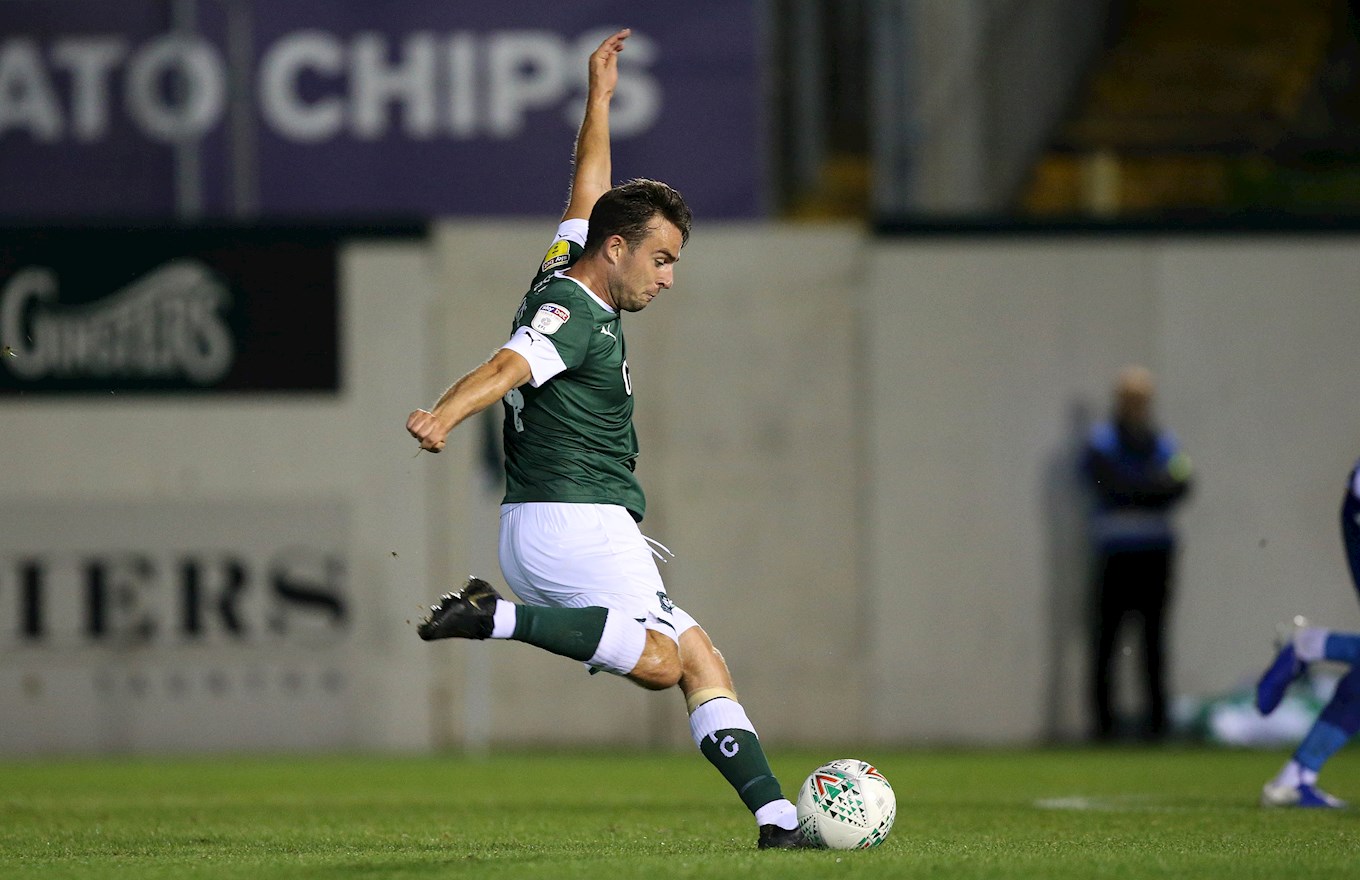 ALTHOUGH the Pilgrims exited the Carabao Cup against Reading on Tuesday night, the Green Army had plenty to cheer about.

No moment was met with greater delight by the home supporters than Jose Baxter’s rasping 25-yard strike, which put the Greens 2-1 up on the night. It meant quite a lot to him, too.

“It was a great feeling. Once I signed for Argyle, the dream was to score my first goal in front of the Green Army at Home Park,” said Jose. “Luckily enough I’ve done that, box ticked, and hopefully many more to come.”

The late defeat to the Championship outfit might have put a bit of a dampener on Baxter’s first goal in Green, Jose insists his teammates are not too despondent, and that their performance against a side two divisions higher can give them great impetus for the league campaign – which continues on Saturday at Northampton.

“I honestly thought we looked very comfortable, I thought we played very well,” said Jose. “The 2-2 goal was a bit of a kick in the teeth, and then at 3-2 we were pushing on trying to get back in the game. They get the fourth, but I think the scoreline didn’t really reflect how we played. There were a lot of positives to take.

“Like the gaffer said, I don’t think we were ever expecting to go and win the Carabao Cup, but a big day out, a big team would have been good for the club and the fans. It would have been nice, but our main aim is Northampton on Saturday and three points.”

Baxter made his first competitive start in the defeat to the Royals, getting another 65 minutes in the tank, having missed a full pre-season due to remaining unsigned. He feels his first start was another important step on the road to full fitness, and that his best is yet to come – a tantalising prospect for members of the Green Army who are already purring at his performances.

“That was another big box ticked for me, I’ve come in quite a bit behind – about four or five games behind the lads who have been playing,” said Jose.

“Where I’d like to be, there’s another 20 or 30 per cent. People might look at it and think, ‘well, you’ve played 65 minutes, surely you’re ready’ but it’s not really like that. I know I’ve got a lot more to give, and I know where I should be at. Maybe it’s another week or 10 days yet.”