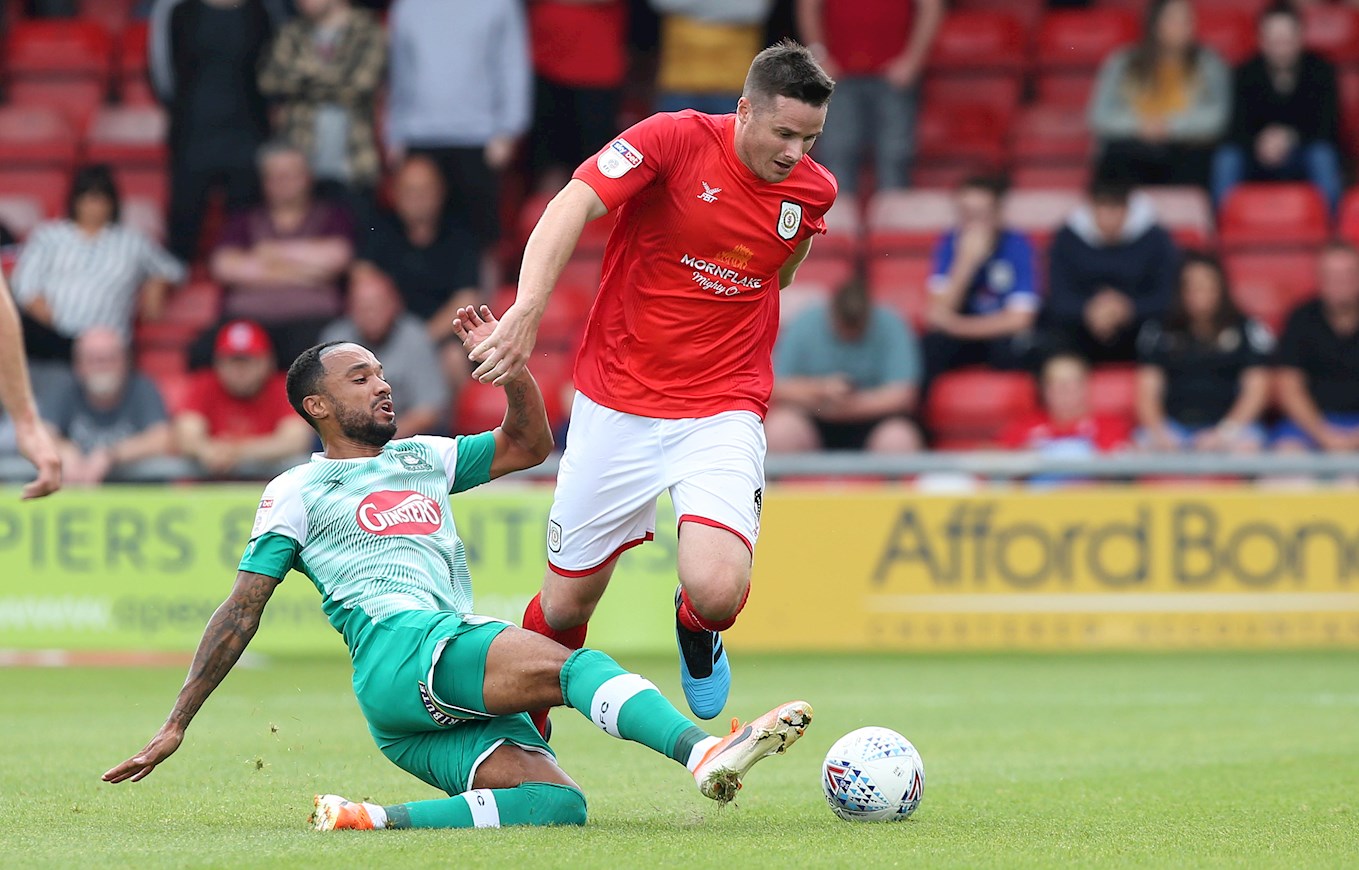 ARGYLE forward Byron Moore is nearing full recovery from a hamstring problem, but Dom Telford – who limped off during Saturday’s Sky Bet League Two win against Walsall – and Joel Grant will be missing from the Pilgrims’ squad for tonight’s home Carabao Cup tie against Reading with similar injuries.

“Byron is chomping at the bit; Joel will be a little bit longer,” said Ryan, assessing his options for the second-round tie against the Championship Royals. “There’ll be no risk element; we’ve got players who can go again and we’ll pick the right team that we feel can win.

“If I put Byron back in, and something happens, then I’ve lost two strikers in the space of 48 hours. That isn’t going to happen.”

Whatever the starting line-up, Ryan, who, along with assistant-manager Steven Schumacher, saw new Reading striker George Puscas net twice in a recent 3-0 home win, is anticipating a good contest.

“I’m really looking forward to an exciting game,” he said. “I was up there last Sunday – me and Schuey went up to watch them against Cardiff.

“They have got some good players; they are a Championship outfit; they paid £8m for a striker who scored two goals. We know we’re in for a good test.

“It’s an exciting game. The second round of the Carabao Cup. We want to progress as much as we can but there’s a stern test standing in front of us, so we’ll put a plan together to hopefully try and get into the third round.

“We are under no illusions that we are up against stiff opposition in Reading, who are a top, top Championship club. We’re looking forward to pitting our wits against them.

“It’s a win-win for us. Reading will probably travel in numbers, which is great – they are a fantastic club. We are going to relish the opportunity of playing against a Championship club; we’re at home, where our fans will be backing us.”