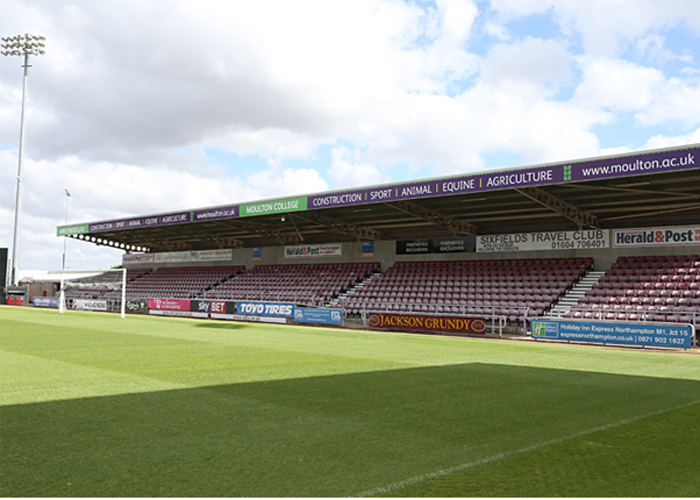 NORTHAMPTON Town started the 2019-20 Sky Bet League Two season with a 1-0 loss at home to Walsall – a side that Argyle managed to recently beat 3-0.

A 1-1 draw away from home against Port Vale in the next game saw the Cobblers pick up their first point of the season. Up next was a home game against Macclesfield Town.

It was an even encounter, with both sides managing to have a number of attempts on target and sharing a relatively even split of possession, a stat the Cobblers just edged. Come the 90th minute, the sides were level at 1-1, but Macclesfield Town found a last-gasp winner which would have left Northampton disappointed not to pick up any points.

One point out a possible nine, three games into the season and Northampton were still searching for their first win of the season, and a difficult trip to Swindon was up next.

Swindon enjoyed 65% of the possession but couldn’t find a way through and Northampton managed to soak up the pressure and score with their only shot on target. It finished 1-0 to the Cobblers and they had their first win of the season.

Another away trip followed at Colchester United, but Northampton were unable to immediately build upon the result they picked up in Swindon and lost the game 1-0.

With four points from the opening five games, Northampton sit in 20th position in the formative Sky Bet League Two table. The Cobblers have been unable to pick up any points at home this season and have only manged to score three goals in the league, with only one coming at home. If you compare this to Argyle, the Greens have scored nine league goals so far this season, with three coming away from home.