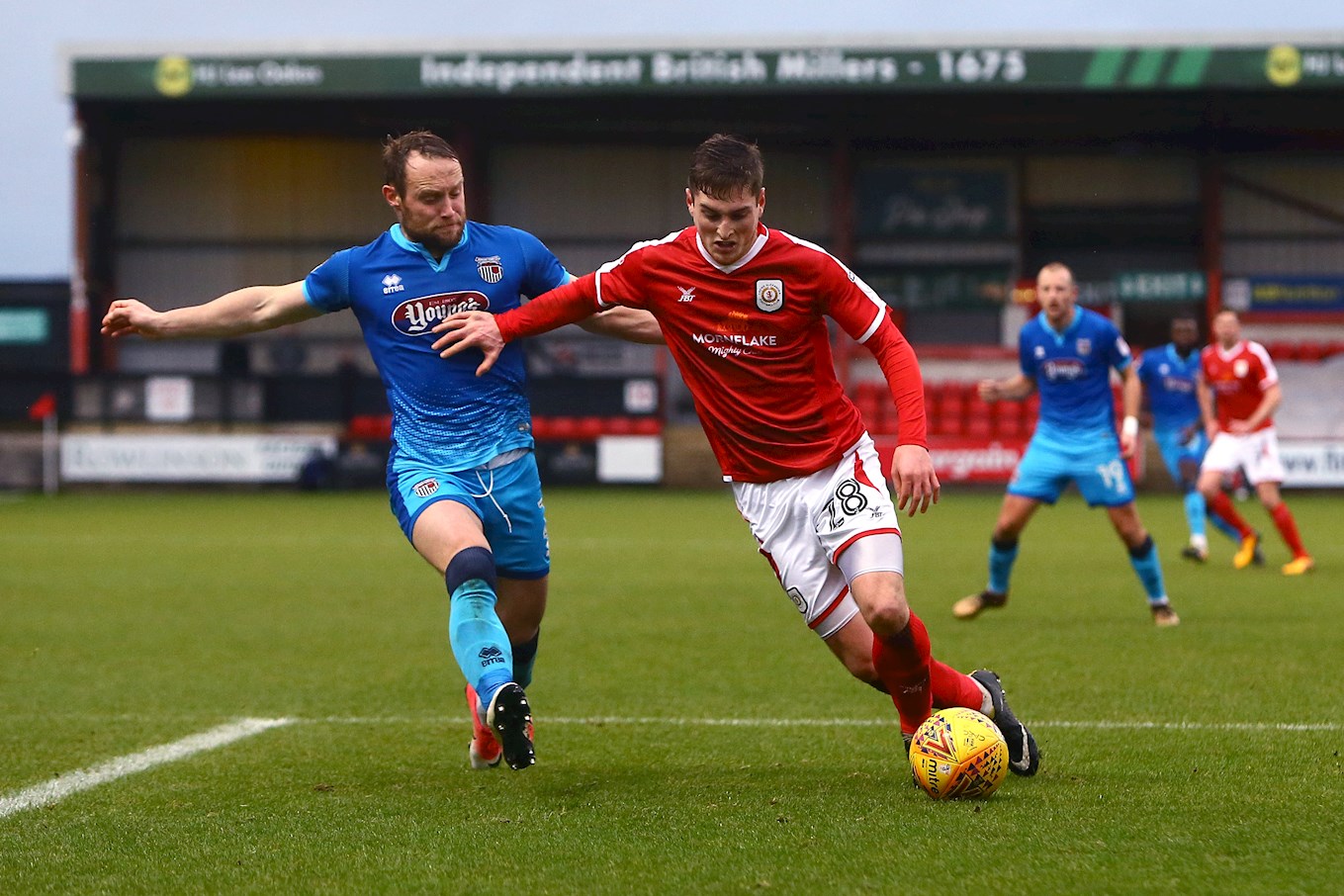 MIDFIELDER Conor Grant is enjoying life in his second season as a Green much more than his first.

The Everton academy graduate suffered a spate of injuries that left him sidelined for long periods of the 2018-19 campaign, which culminated in relegation for Argyle. Now finding himself fit and firing, Conor, 24, is more than ready to banish last season from his memory and move on to bigger and better things.

“I’ve been keen to put last season behind me,” said the central midfielder. “It wasn’t a good season for the team, or for me personally. I’m happy that it’s in the past now, and I’m happy with the way I’ve started the season – I want to continue that.”

Grant is one of a number of the current crop of Pilgrims to hail from the north west, and one of a few with links to the blue half of Liverpool. Jose Baxter is also a graduate of the Everton Academy, while new Pilgrim technical consultant Neil Dewsnip and assistant manager Steven Schumacher both have experience as coaches at Goodison Park.

“I’ve known about Schuey [Steven Schumacher],” said Grant.  “I didn’t know him personally, but I’ve obviously got to know him now and I’m loving working under him.

The positivity on the training pitch has also led to a better vibe in and around the Theatre of Greens, according to Conor, who now has his sights firmly set on an impactful season with the Greens in Sky Bet League Two.

“My personal aspiration is to play as many games as possible, be involved and contribute to the team with goals and assists – I want to try and add that to my game,” said the midfielder. “As for the team, we want to win every game we go into. I’m not going to set any targets, but we want to be successful, that involves winning games, and that’s what we can do.”