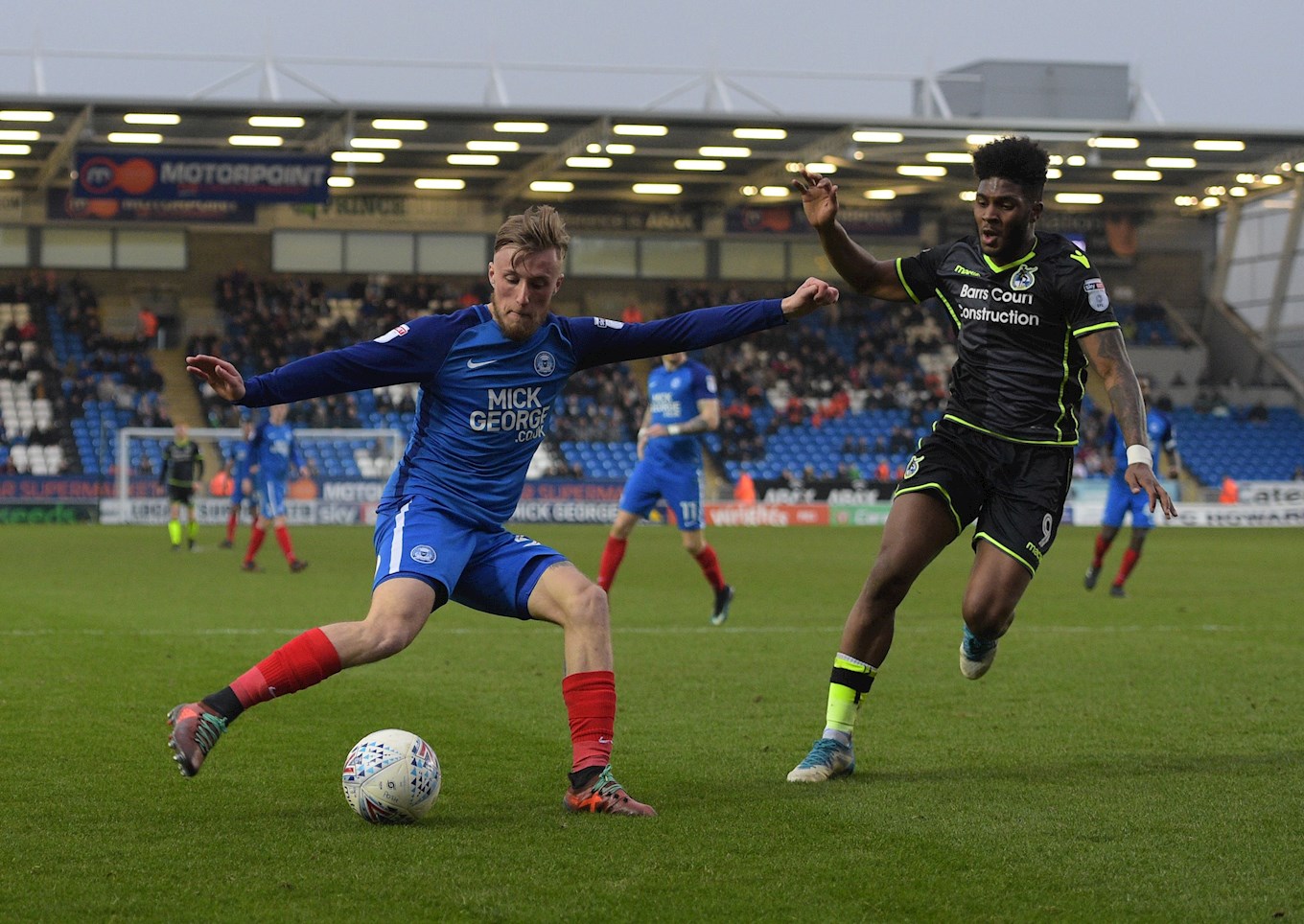 WE are delighted to announce the signing of 22-year-old midfielder George Cooper on a season-long loan from Sky Bet League One side Peterborough United.

George started his career coming through the ranks of the famed Crewe Alexandra youth academy, making his first team debut against Rochdale in the Football League Trophy in September 2014, aged 17.

His league debut came later that same month, against Milton Keynes Dons, and he scored his first goal in the professional game a month later in a 2-1 victory over Coventry City, still aged 17.

After 122 appearances for the Railwaymen, George was signed by Peterborough United on a three-and-a-half-year deal for an undisclosed fee. Cooper scored on his debut for the Posh when he came on as a substitute in a 3-0 victory over Oldham Athletic.

George joins the Greens on loan after making 21 appearances in League One last season, scoring two goals. He will wear the number 32 shirt.

Sponsorship opportunities are available for George, alongside a number of players' away and third kits, from as little as £450 (plus VAT). Sponsorship includes recognition in every programme and online, 10 tickets to donate to a school or charity of your choice, and an invitation for two to attend our Player Sponsors' Dinner, which will take place in our brand-new Mayflower Grandstand in early 2020.

For more information, contact our commercial team on 01752 302204, or email commercial@pafc.co.uk.