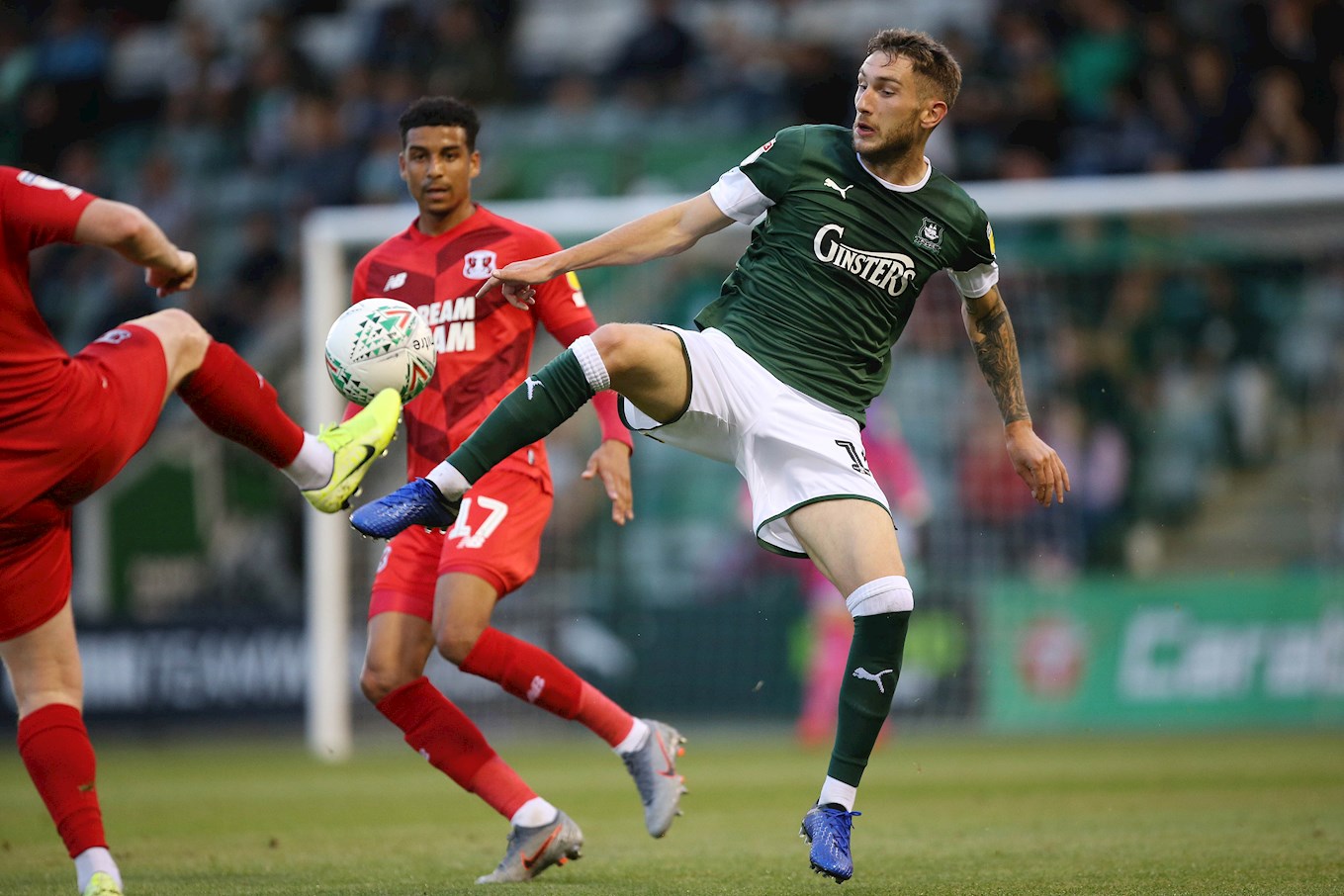 MANAGER Ryan Lowe insists that the Pilgrims’ progress in cup competitions this season will not serve as a distraction from his side’s league aspirations.

Having reached the stage of the Carabao Cup where drawing a Premier League team is now a distinct possibility, the Pilgrims’ boss is now keen to make the most of the opportunity.

He said: “How can the Carabao Cup be a distraction? It’s a fantastic competition and Premier League teams are in the next round.

“We’ve managed to draw a Championship team [Reading]. If you are fortunate enough to get through that one, you’re starting to look at the likes of Chelsea, Liverpool and Manchester City. I don’t think any football match is a distraction, no matter what cup competition it is, and I’ll always feel the same way.”

Lowe also feels that, aside from the lure of a lucrative clash with top tier opposition, there is no substitute for playing competitive matches.

“Sometimes, you want the games coming thick and fast rather than training – there’s only so much you can put into them. The lads probably prefer playing matches, especially competitive ones. No football match, especially at Home Park, is going to be a distraction for us.”

Argyle’s reward for their opening round victory over fellow Sky Bet League Two side Leyton Orient is a draw with Championship side Reading. The Pilgrims have Carabao Cup history with the Royals, having lost to them in the first round of the competition 2016-17. Much has changed since then, including a promotion and subsequent relegation for Argyle – and Lowe feels it will be an excellent opportunity for his fledgling side to enjoy another night under the lights at Home Park.

“It’s a good club, they’ve been there before, in the Premier League – they’re a fantastic outfit with some good players,” said the gaffer.

“It’s a win-win for us, we’ve been drawn against a top team in the Championship – but they’re coming to Home Park. Is it a good cup tie for us? 100%. I’m just happy that we’re at home and we don’t have to travel too far.”