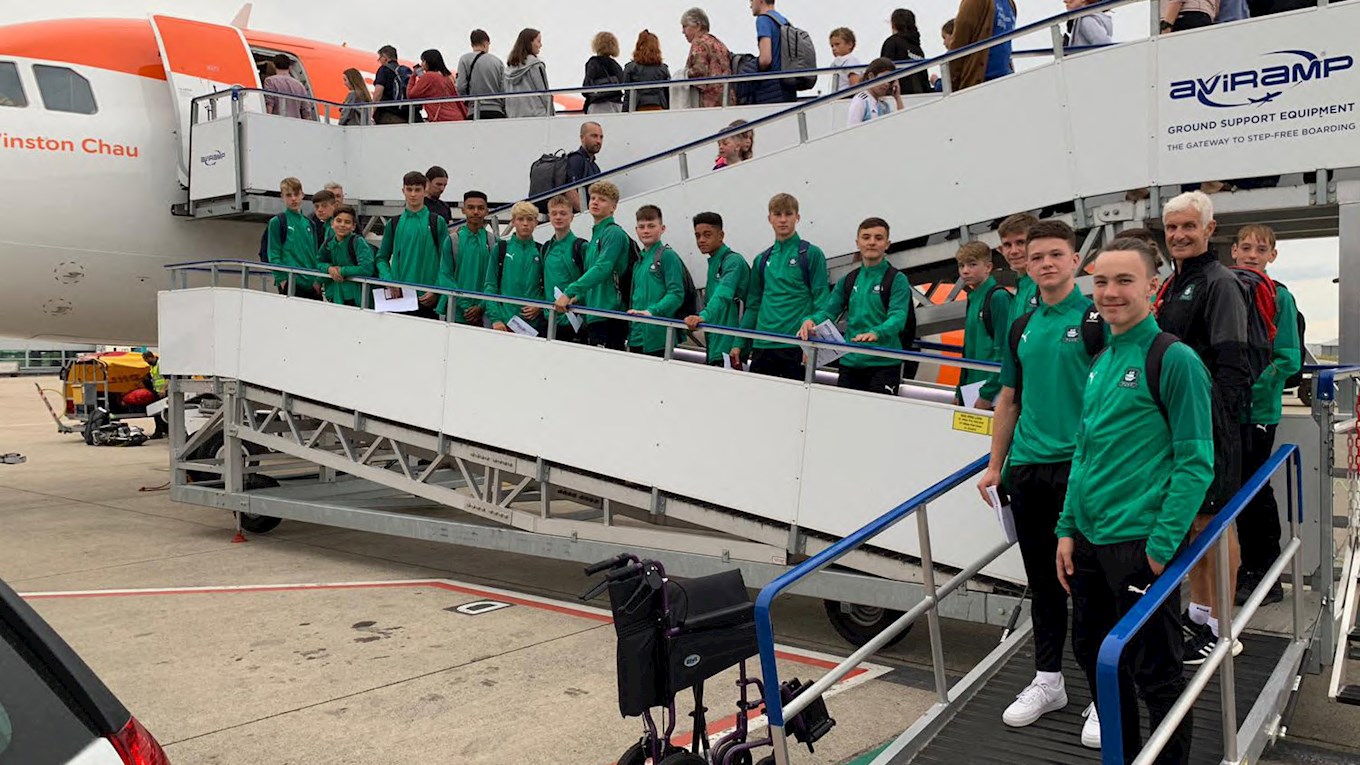 ARGYLE'S inability to defend set pieces cost them dearly as Dundee United came back from a goal down to lead 2-1 by the interval of this Vase semi-final at Broughshane.

The young Pilgrims' task was not helped by an injury to central defender Oscar Halls, which kept him out of the starting line-up and the absence of his imposing presence was a big blow.

Yet it was Argyle who took a fifth minute lead as Jayden Gilbert fed the ball through to Oscar Massey, who cut inside his marker before firing low across goalkeeper Reece Beveridge and inside the far post.

United were almost level when Dominic Naylik let fly from the edge of the area, only for Zak Baker to make a fine fingertip save to divert the ball wide. Back came Argyle with Massey fouled, 20 yards from goal, but his free kick-flew just over the crossbar.

The Scottish side were level on 15 minutes when Josh Dunne's left-wing free-kick found Layton Bisland heading home from close-range. Worse was to come when Argyle failed to clear a corner, leaving Kerr Smith to force the ball home from almost on the line.

The second half was just five minutes old when Stuart Heenan went past two challenges before firing wide of Baker's outstretched hand to leave Argyle with a mountain to climb.

Try as they may, Argyle could not find a way through the Dundee United defence and it is they who will play O'Higgins, who beat Leeds 7-0 in the other semi-final, in the Vase final.

Argyle will play Leeds, with an 11.00am kick-off, at Ahoghill in the third and fourth place play-off.