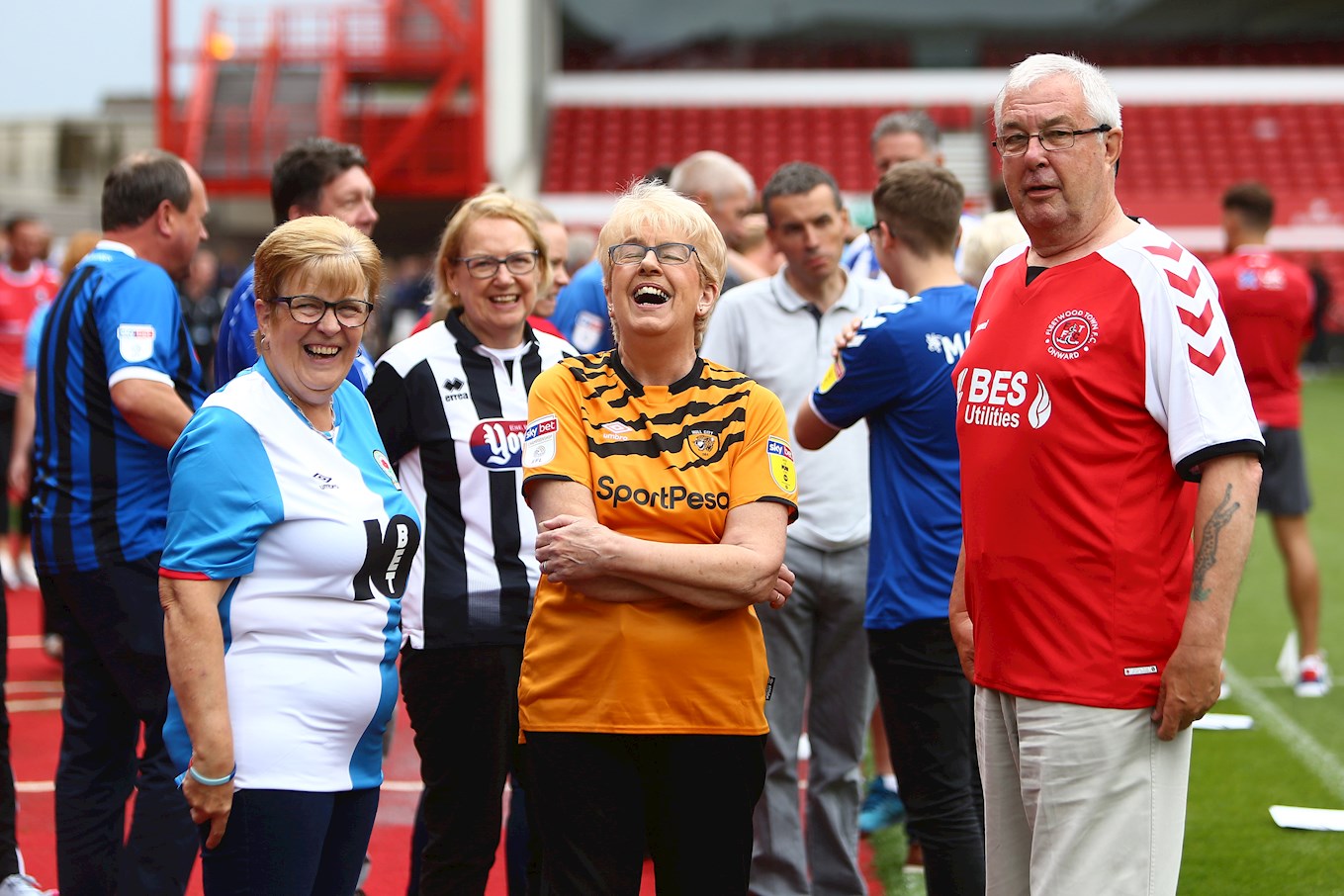 TUESDAY, July 30, marked the EFL launch day. The venue was Nottingham Forest’s City Ground, where each of the 72 EFL league clubs had to have at least one representative in attendance. For Argyle, that representative was me.

It meant a 07:25 departure from Plymouth train station; it was roughly four and a half hours to Birmingham New Street, a short wait there and then on to Nottingham an hour later.

The train journey itself was relatively stress free in comparison to my previous experiences of train travel in Scotland, where help is not always on hand when you need it.  My only worry was that on the way to Birmingham, New Street was not the last stop, that train was destined for the Scottish capital and with such a quick turnaround between stopping at one station and going again, I could have missed my stop. Anyway, I was eagle-eyed as we approached the Midlands and there were no problems.

Once in Nottingham I had an hour to kill before I had to be at the stadium, so had a quick bite to eat before getting a taxi.  En route we passed Notts County FC. I was told by the driver that the Nottingham clubs are situated on either side of the Trent River.

As I was leaving the taxi, passing me was the ex Luton manager, Mick Harford. He held the reception door open and commented on my driving as I entered. Maybe it was just a case of trying to make conversation, but I thought it was a pretty poor opening line for the following reasons: A) never once has it ever crossed my mind to comment on someone’s ability to walk through a door. And B) I do not think that Lewis Hamilton will be fearing for his job at Formula One Mercedes any time soon.

I thought the City Ground was a very nice stadium, a timeline of Forest's European glory was splashed across the corridor walls, which was a nice insight into such a successful era under the great Brian Clough when they won back-to-back European Cups in 1978-80.

Once pleasantries were dispensed, it was out on to the turf for the big photo.  I had apologised to the Groundsman for my wheels marking his pristine pitch as he escorted me to the “Plymouth Argyle” inscribed marker at the edge of the six-yard area at the Trent End. “Not a problem” he said as he hurriedly removed himself from the surface so as not to be within shot of the drone hovering in the clouds, which were now a sinister grey colour.  “Oh and by the way, “ he shouted from the safety of the surrounding advertising boards. “The pitch at Home Park isn’t looking too bad either you know.”

All in attendance were in the formation of the geography of the UK. This took longer than I had envisaged, despite the fact each club had a marker laid out. The rain that was now starting to fall made conditions for the drone more testing; back on the ground, the flies were particularly distracting and immensely attracted to Hull City’s yellow kit.

Photo-shoots done, I spent the last 10 minutes of my time at Forest conversing with counterparts from Fleetwood Town, Brentford and Hull City.  Their stories amusing in equal measure. Those on behalf of Fleetwood and Hull are good friends and he tells me that he abstained from supporting Hull for over a decade as they had banished concession tickets for over 60s.  I was relieved to hear, though, that concessions can now be bought as of this season and he assures me he will be revisiting the K-COM stadium for Grant McCann’s maiden season at the Tigers.

I have always believed that football is for everyone, no matter what. So it was nice to hear Hull’s support will be one stronger this year. Shortly after I headed for the train station.  On the second leg of the journey I was upgraded to First Class, meaning it was free tea and biscuits all the way back to Devon.

A tiring day, but one where I was proud to represent Argyle.